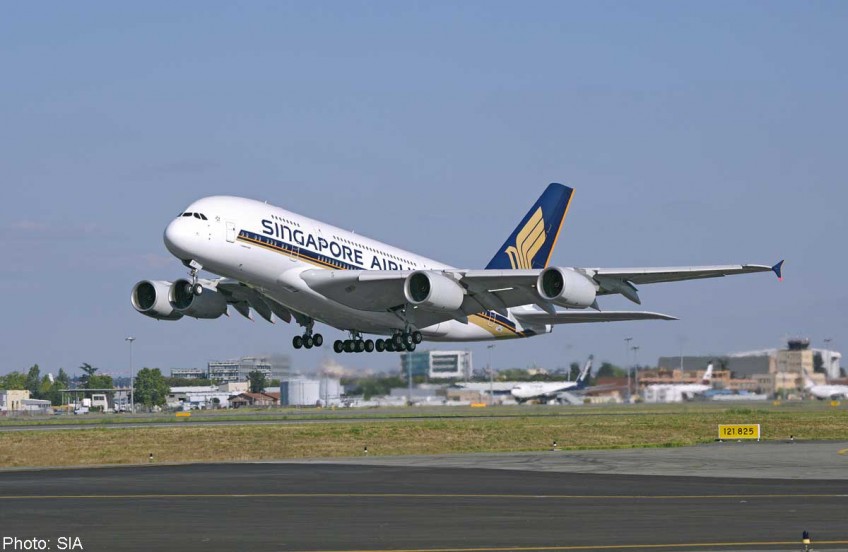 SINGAPORE - The Republic's civil aviation authority has asked airlines based in the city-state to review their risk assessment of conflict zones following the shooting down of a Malaysia Airlines jetliner over Ukraine last week.

The deaths of nearly 300 passengers and crew in the downing of Flight MH17 have shocked the aviation industry and prompted calls for a re-think on assessing the threat to planes flying thousands of metres above fighting on the ground.

Before the shooting down of the jet, which Western governments have blamed on Russian-backed separatists, the flight path it was following across eastern Ukraine was heavily used by airlines plying busy routes between Europe and Asia.

Singapore Airlines Ltd (SIA) was one of the heaviest users of the route in the week before the crash, along with other international carriers such as Lufthansa, Thai Airways, Qatar Airways and KLM. "We note that following the MH17 incident, SIA had immediately re-routed their flights to avoid Ukrainian airspace," said the Civil Aviation Authority of Singapore (CAAS) in response to questions from Reuters. "CAAS has also since asked Singapore carriers to review their risk assessment on conflict areas."

Changi Airport is a major hub for East-West air travel, while low cost carriers Tigerair, Scoot and Jetstar Asia are also based in the city-state.

In the days since the MH17 tragedy, flight tracking websites have shown the once-busy skies over eastern Ukraine empty of traffic, while aircraft crowd along routes across Turkey and the Black Sea to the south.

In a response to a letter in a local newspaper yesterday, SIA senior vice-president of flight operations Gerard Yeap said that the airline had avoided Ukrainian airspace entirely since the disaster. "There are several other parts of the world that we proactively avoid flying through, even though they are available for use," he said. "This has long been our practice, and is the result of our continual assessment of advisories from the national authorities and aviation bodies."

No single global body has overall responsibility for keeping the skies safe for civil aviation. Ultimately, it is up to individual nations to decide whether a threat exists and, if necessary close their airspace, although national civil aviation authorities can ban their domestic carriers from jurisdictions they consider unsafe.

"The industry has been operating on a system that had successfully worked for decades and which we honestly and genuinely believed was robust because years had proven it to be so," said the chief executive of an Asian carrier who declined to be identified due to the sensitivity of the matter.

Airlines contacted by Reuters said that they routinely look at advisories known as Notices to Airmen or "NOTAMs", which include airspace restrictions issued by the authorities responsible for the airspace. They also consider weather conditions, the safety and security conditions of the airspace in which they intend to fly and advisories from international and regional bodies.

German carrier Lufthansa's security desk has around 12 people who oversee a four-step risk analysis process that includes mapping general risks and assessing the probability of a targeted attack on its planes. "Since April, for example, when European authorities recommended avoiding the Crimea area because it was unclear which air traffic authorities were in charge, Lufthansa had not only been avoiding the Crimean region, but also removed some airports in Ukraine from its alternative list (of airports for emergency use) because of the crisis there," the airline said.

But it is not unusual for airlines to fly over war zones such as Afghanistan. "Flying over contested territories such as Afghanistan was previously thought of as unproblematic because there were no weapons that could reach passenger planes at the altitudes they fly," Joerg Handwerg, a board member at German pilots' union Vereinigung Cockpit and an A320 captain, told Reuters.

Now, after MH17 was apparently brought down by a sophisticated anti-aircraft missile, there are calls for international bodies to play a greater role in assessing threats, although there is no consensus on how that might happen.