Singapore bracing for coronavirus to hit tourism harder than Sars

Singapore is bracing for the novel coronavirus to have a greater impact on its tourism industry than the severe acute respiratory syndrome (Sars) outbreak, as it forecasts a fall in tourism arrivals of up to 30 per cent this year.

As Sars upended global travel and kept people indoors in 2003, the island nation suffered a 19 per cent year-on-year drop in visitor arrivals.

For 2020, Singapore is estimating a daily loss of 18,000 to 20,000 international arrivals, according to the Singapore Tourism Board.

Much of this is expected to come from a reduction in Chinese tourists following Singapore's restrictions on travel from mainland China, but the Southeast Asian nation is also feeling the impact of leisure and business travellers' decision to give Asia a wide berth.

Singapore Tourism Board chief executive Keith Tan said the drop could "very well increase" depending on how the outbreak unfolds, adding that tourism receipts would likely fall at a similar rate to arrivals.

Chinese nationals made up about one-fifth of all tourists to the city state, but Tan said Singapore was not "overly reliant" on China compared with other countries in the region.

Chinese tourists accounted for 28 per cent of total arrivals in Thailand last year, and about a third of all visitors to Vietnam.

According to brokerage Maybank Kim Eng, the tourism sector accounted for 5.5 per cent of Singapore's gross domestic product in 2018.

When the World Health Organisation (WHO) declared Singapore free of Sars in May 2003, its tourism sector took seven to eight months to recover. It was only in January 2004 that "we finally got back to positive year-on-year growth", Tan said, describing it as a V-shaped recovery.

He is more pessimistic about the impact of the novel coronavirus, which has infected more than 43,000 people worldwide and killed more than 1,000 - outstripping Sars' 8,000 infections and 774 deaths.

Singapore has the highest number of coronavirus infections outside mainland China at 45, followed by Hong Kong at 42 and Thailand at 32. 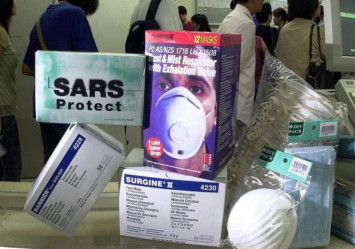 Sars did not have a significant effect on regional supply chains and GDP, he explained, but the novel coronavirus could do so if it forced Chinese factories to close or operate at a reduced output for a prolonged period - which would also further dampen travel demand.

Other countries' tourism sectors are also suffering from the coronavirus outbreak.

Australia is expecting the virus to cost its tourism industry A$1 billion (S$933 million) a month, while Thailand has forecast an 80 per cent drop in Chinese tourists and a loss of around 95 billion baht (S$4 billion) in tourism revenue between now and April.

DBS Bank in a report last week estimated a decline of 1 million tourists to Singapore, equivalent to a loss of about $1 billion, for every three months travel bans remain in place.

Singapore is denying entry to all visitors who had been to mainland China during the 14-day period before February 1 in a bid to stop the virus' spread.

Meanwhile, countries such as Qatar, Kuwait and Israel have issued travel advisories against Singapore, with South Korea on Tuesday joining their ranks.

Britain has advised travellers returning from Singapore to stay indoors and call for medical attention should they develop symptoms. 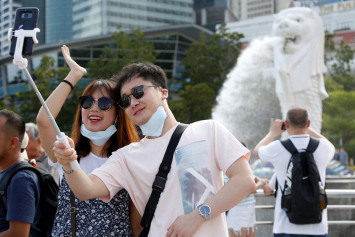 This comes on the back of a business meeting at the Grand Hyatt Hotel in the city state that has been identified as a virus cluster, with two South Koreans, one Malaysian and one British national returning home after being infected.

But Tan said he saw no reason for countries to advise against travel to Singapore.

"We're very confident in the measures that our government has taken to contain the outbreak of the virus here," he said.

Tan said the tourism board had for many years wondered how to combat people's view of the nation as "very boring" and "very safe".

"But now I think we go back to the basics of what makes us attractive, the health and safety aspects of Singapore - that now is a tremendous asset so I don't think this episode will have a long-term effect on our reputation."