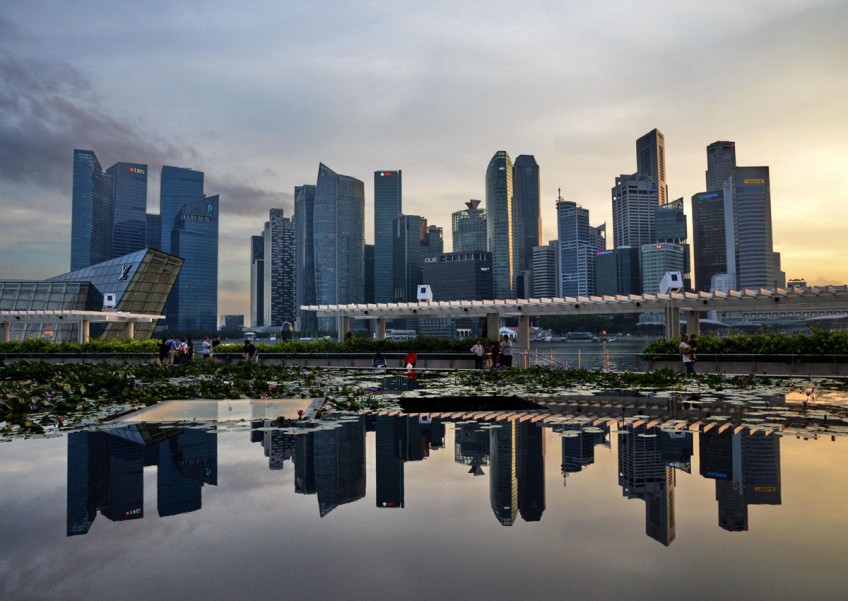 The Monetary Authority of Singapore (MAS) said it would maintain the rate of appreciation of the Singapore dollar's policy band at zero per cent, adding that the width and the level at which it is centred will be unchanged.

The trade-reliant economy grew 6.3 per cent in the third quarter from the previous three months on an annualised basis, data from the Ministry of Trade and Industry showed, much faster than the median forecast in a Reuters survey of 3.2 per cent.

"MAS had indicated in the October 2016 (monetary policy statement) that the neutral policy stance would be appropriate for an extended period. Given the economic outlook at this stage and consistent with medium-term price stability, MAS will maintain the rate of appreciation of the (Singapore dollar nominal effective exchange rate) policy band at zero per cent," the central bank said in its semiannual monetary policy statement.

The Singapore dollar slipped after the MAS policy decision, and was last down 0.1 per cent on the day at 1.3540 per US dollar.

"This is a bit akin to the European Central Bank where growth has picked up but inflation hasn't picked up to the point where they need to pull the trigger on tightening policy. The other thing is the labour market still remains quite weak even though we have seen some improvement in the last few quarters," said Michael Wan, an economist for Credit Suisse.

"They are giving themselves some space to tighten if needed as we move into 2018. There is no compelling reason to tighten."

The MAS manages monetary policy through exchange rate settings, rather than interest rates, letting the Singapore dollar rise or fall against the currencies of its main trading partners within in an undisclosed policy band.

Although Singapore's trade-reliant economy has gained this year from an improvement in global demand for electronics products and semiconductors, most economists had predicted the MAS would stand pat on Friday, given the lack of strong inflationary pressures.

Twenty-four of 25 analysts in a Reuters survey predicted the MAS would keep monetary policy unchanged this month, while one analyst expected a tightening.