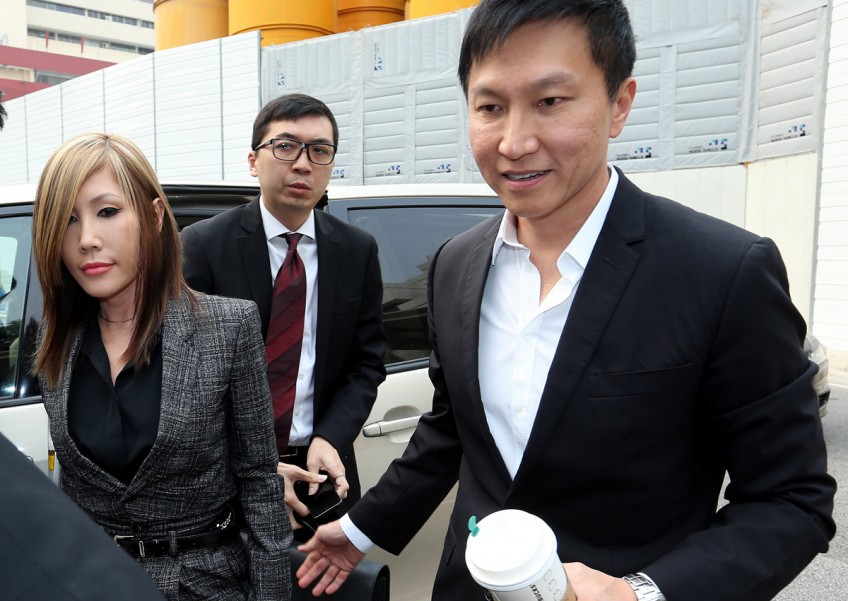 City Harvest Church (CHC) founder Kong Hee and his wife Ho Yeow Sun arriving at the courts on 21 October 2015. The long-running legal battle over the misuse of CHC funds resulted in all six accused being convicted of multimillion-dollar fraud.
The Straits Times

Singapore - Six Christian church leaders in Singapore were jailed Friday for misusing more than $35 million of church funds to turn the pastor's wife into a global pop star.

State prosecutors said the failed project, which the church defended as an attempt to attract converts but involved raunchy music videos, was the biggest charity scandal in Singapore history.

"The criminal breach of trust offences which the accused persons committed involve the largest amount of charity funds ever misappropriated in Singapore's legal history," state prosecutors said before the sentencing.

The six were found guilty of fraud in October for diverting Sg$24 million ($17 million) from a building fund to help Kong's Mandarin pop singer wife, Sun Ho, break into the English-language market.

They were also found guilty of misappropriating another Sg$26 million from the church to cover their tracks with a complex web of sham financial transactions.

Singer Ho, 43, was never charged and is now a pastor of the church, which is calling itself a reformed "CHC 2.0" with stricter legal and auditing safeguards.

Tiny Singapore is one of the world's most affluent nations. Despite being a largely Buddhist and Taoist society, the city-state is home to well-funded Christian "mega churches" like CHC.

The pastor and his wife were once a high-profile couple who led the expansion of their congregation, which had more than 30,000 members at its peak several years ago. CHC's 2014 annual report said the congregation's size was 17,522 last year.

But they fell from grace after slickly produced music videos featuring a scantily-clad Ho came out on Youtube.

In another video, for a reggae-tinged song titled "Mr Bill", Ho appeared as an Asian wife who sings about killing her African-American husband, played by supermodel Tyson Beckford.

[[nid:231570]]
SUBSCRIBE TO OUR NEWSLETTER
Your daily good stuff - AsiaOne stories delivered straight to your inbox