A former stocks trader was fined in Singapore Wednesday for his role in an international money-laundering scandal involving Malaysia's state fund 1MDB, the latest person to be penalised over the saga.

Singapore, a regional financial centre known for its tough stance against corruption, was the first country to hand down criminal convictions related to the 1MDB investigations.

Allegations that huge sums were misappropriated from the state fund triggered a scandal that has embroiled Malaysian Prime Minister Najib Razak, though he has denied any wrongdoing.

Kelvin Ang Wee Keng was slapped with a S$9,000 fine for bribing a research analyst to expedite a valuation report on PetroSaudi - an oil company which had dealings with the Malaysian fund.

The Riyadh-based firm entered into a $1.0 billion joint venture with 1MDB in 2009.

According to court documents, Ang acted as a middleman between Yeo Jiawei - a Singaporean banker sentenced to 30 months in prison in connection with the case last December - and financial consultants NRA Capital.

Yeo told Ang in 2013 he urgently needed a valuation report to show that PetroSaudi was worth $2.4 billion. Ang agreed on the basis that he would be paid a commission and contacted NRA.

Ang, who worked for Maybank Kim Eng Securities but whose dealings with Yeo were said to be done on the side, is among a string of people to be punished for involvement in the 1MDB scandal. 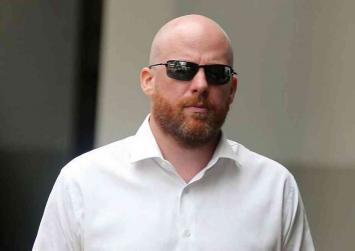 Four private bankers have been jailed so far and in March the Monetary Authority of Singapore (MAS) banned a former Goldman Sachs banker from working in the city's financial industry for 10 years.

MAS says it also plans to bar three others.

Ang was described by his lawyer as being at the "bottom of the echelon of people connected to this case".

"His name had been tainted with the same brush and he has difficulty finding employment," said lawyer Hamidul Haq.