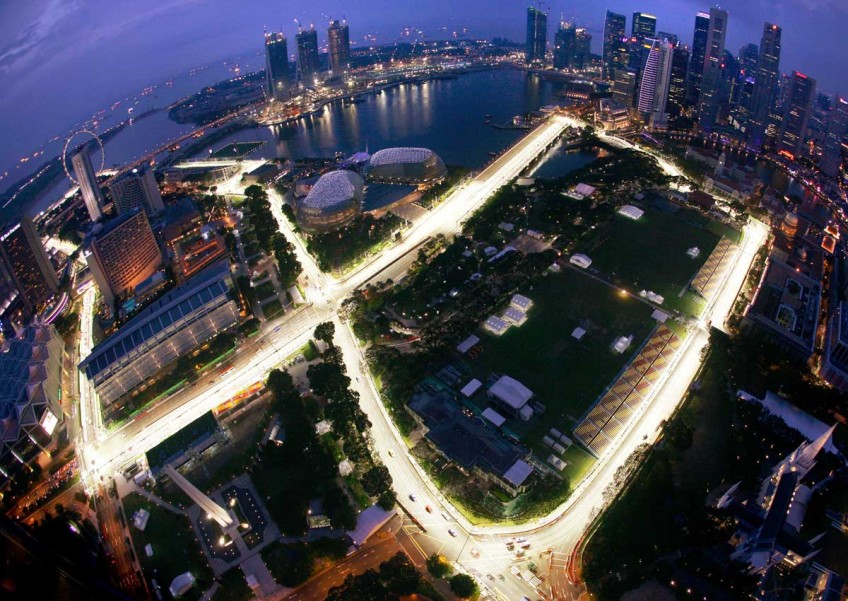 The company which powers Singapore's Formula One race has been accused of colluding with others to ensure it offered the lowest bid to win the tender.

The firms now have six weeks to make their representations to the CCS before a final decision is made.

The tender to provide electrical services for Singapore's showcase Grand Prix from 2015 to 2017 was called in December 2014.

Bids were submitted by Cyclect Electrical and Chemicrete Enterprises, which are part of the Cyclect Group, as well as HPH and Peak Top. The tender was eventually awarded the following April to Cyclect Electrical.

But the competition watchdog's investigations found that Chemicrete, HPH and Peak Top all sent in substantially higher prices than Cyclect Electrical's bid with the intention of winning the latter the tender.

Cyclect Group had allegedly told HPH and Peak Top how much they should bid.

The CCS said it understands that there exists past working or personal relationships between the trio.

In response to queries, Cyclect Group's chief executive Melvin Tan said that the alleged infringements happened some years ago, and the company has since enforced stricter policies. He declined to comment further.