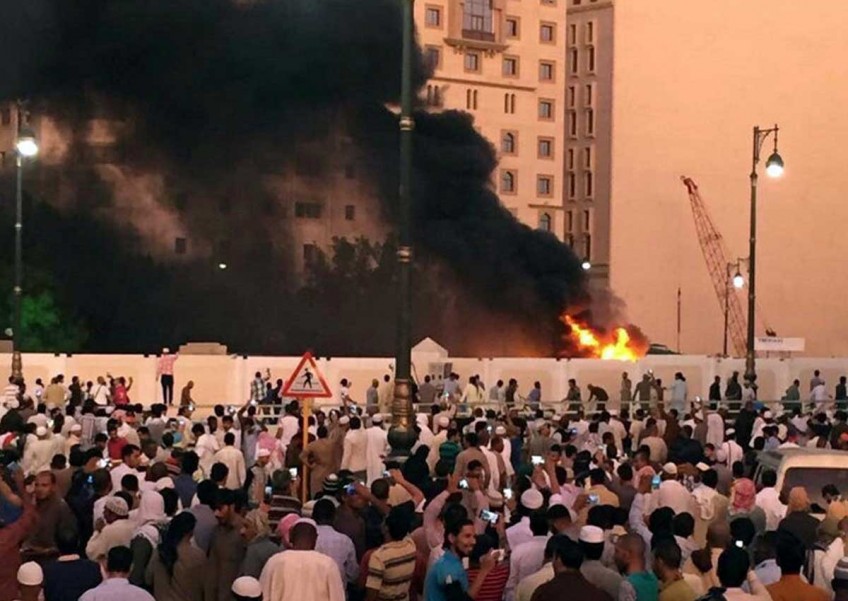 SINGAPORE - The recent spate of bomb blasts in a number of Muslim-majority countries were against Islam and do not represent Muslims around the world, Minister Yaacob Ibrahim has said.

In a Facebook post on Tuesday (July 5), the Minister-in-charge of Muslim Affairs strongly condemned the recent series attacks, describing them as "senseless acts of terror" which ignore the sanctity of human life.

"The attacks on Muslim majority cities and countries, claiming lives of Muslims during the Holy month of Ramadan, confirm that their heinous acts are against Islam and do not represent Muslims all over the world," he wrote.

In the post, Mr Yaacob expressed shock and sadness at the recent incidents in Saudi Arabia, Malaysia, Turkey, Bangladesh and Indonesia.

In Saudi Arabia, at least seven people were killed in three suicide bomb attacks, including one at the Prophet's Mosque in Medina, which is considered one of Islam's holiest sites. These attacks came just days after gunmen stormed a cafe in the Bangladeshi capital of Dhaka on Friday (July 1), taking diners hostage and killing 20 of them.

Malaysia's police chief, Khalid Abu Bakar, also confirmed on Monday (July 4) that the grenade attack on a nightclub in Puchong, near Kuala Lumpur, was the first successful attack by the Islamic State group on Malaysian soil.

Home Affairs Minister K Shanmugam also took to Facebook to express his thoughts on the recent attacks, where he also highlighted the recent suicide truck bomb attack which left more than 200 dead in attack.

"The holy month of Ramadan is meant to be a period of charity and compassion. Instead, ISIS sees Ramadan as an opportune time to take away innocent lives, declaring that they would make it 'a month of pain for infidels everywhere.' Even Muslims have not been spared. Our hearts and prayers are with the victims and their loved ones," he wrote.

In another Facebook post, Singapore's top Muslim leader, Mufti Mohamed Fatris Bakaram, said that the attacks were committed by "misguided people" who blemished the religion of Islam.

"The fact that the attacks took place during Ramadan ... show clearly these attacks have nothing to do with Islam. These are outrageous and evil attacks against humanity," he wrote.

In his post, he also pointed out instances in Singapore of Muslims coming together to help others, as well as Singaporeans from other religious faiths joining in communal iftars (breaking of fast) held at mosques.

"This is the embodiment of the true teachings of Islam and all religions. This is the spirit that we should continue to harness that can help further strengthen us as a society," he urged.

Meanwhile, the Ministry of Foreign Affairs (MFA) has issued a travel notice reminding Singaporeans to remain vigilant when travelling overseas and register with the foreign ministry so that they are contactable should a need arise.

MFA also called on travellers to stay current with media coverage of local events and be aware of their surroundings at all times. "Factor recent developments into your travel plans and activities."

The ministry also reminded Singaporeans to take precautions to ensure their personal safety, follow the instructions of local authorities in an emergency, and to stay in touch with family and friends.

Singaporeans overseas who do require emergency consular assistance can call the MFA duty office at +65 63798800/8855, email mfa_duty_officer@mfa.gov.sg, or get in touch with the nearest Singapore overseas mission.