The Global Investor Programme gives permanent residency to those who qualify.

Luxury property purchases by Chinese buyers have long made headlines in Singapore, but quietly, Chinese money has also been flowing into the city state's many fund management companies.

Back in 2009, Grace Tang, executive director at Phillip Private Equity, used to go to China to woo investors for her company's fund catered to those who were seeking to be part of Singapore's Global Investor Programme. The programme was launched in 2004 to draw entrepreneurs into Singapore, giving permanent residency to those who qualify.

The bar then was low: Just $1.5 million in investments. They could spend the sum on setting up a business in Singapore, put it into a GIP fund, or spend $1 million on property and the rest into a fund.

The criteria has since been tightened. Home purchases no longer count towards the investment quantum, which has been raised to $2.5 million, and the revenue of the company the applicant manages must be at least $200 million.

Still, interest from Chinese investors have only grown stronger. Tang no longer has to promote the GIP programme in China — the applicants already know about the scheme.

Singapore authorities in 2020 expanded the scheme to next-generation business owners, the founders of fast-growing companies, and family office principals. Latest figures on successful applications are not publicly available.

According to a May report in Singapore's Business Times, the government had previously disclosed that 1,800 people were granted permanent residency under the scheme as at mid-2017, with $1.8 billion yielded in business spending from 2011 to 2016.

According to Tang, about 20 enquiries come in to Phillip Private Equity every month although not every applicant meets the GIP criteria.

Just two years ago, the company launched its Phillip Ventures Enterprise Fund 6. The fund now has $45 million from funders. "A huge percentage are Chinese investors. About 85 per cent are Chinese," said Tang.

"It is very attractive to people who want to obtain permanent residency in Singapore," Tang told This Week in Asia, adding that the Covid-19 lockdown in China has sent more interest their way.

The same interest is apparent in other Singapore-domiciled funds outside of the city state's two GIP funds.

At multi-family office Kamet Capital, a newly established US$100 million (S$139 million) Founders Fund closed at US$50 million in April, with the majority of the cash volume coming from Chinese sources.

Two-thirds of investors were existing Kamet Capital clients while the rest were new investors, whom chief executive Kerry Goh described as "next-gen founders" and "unicorns to be".

Chinese entities too have been creating funds of $50 million to $100 million in Singapore, with lawyer Ryan Lin estimating he helps set up five to 10 such structures a year. 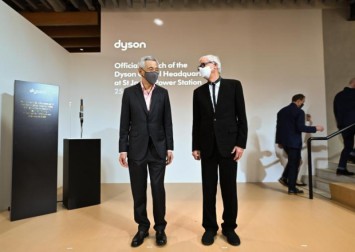 Lin said: "They've been successful in China and would like to replicate their success in Singapore."

And the funds that Lin helps to open are on top of the 50 Chinese family offices — with $10 million to $20 million each — he has helped settle in Singapore over the last two years.

Government statistics show there are 400 family offices in Singapore as of 2020. It is unclear how many are Chinese-owned, but high-profile ones include billionaire Liang Xinjun, formerly the co-founder of China investment firm Fosun International.

Choo Oi-Yee, chief executive of private market exchange ADDX, said it was "natural and prudent" that Chinese investors seek to preserve and grow their wealth in global investment opportunities "given the deep wealth market China has built over a few decades of rapid economic expansion".

"Having a portfolio that is diversified by asset class and geography will enhance returns, reduce volatility and ensure a more resilient portfolio across market cycles," she said. "Investors can be better protected against a slowdown in any single market or region."

Choo, a former investment banker, said Singapore was attractive to Chinese investors because of the warm relations "between the two governments as well as at the economic and people-to-people levels". She cited the economic and financial agreements under the China-Singapore (Chongqing) Connectivity Initiative as an example.

Chinese investors also appreciate the city state's regulatory regime, and how it is a "global wealth management hub with experienced fund managers who are able to tap global markets and deal flows".

Goh said many of his investors place their money in Singapore with an eye to moving their families over. They want their children to gain international experience and a bilingual education, he said.

"If you're not from core cities like Shanghai and Beijing, the education system in Singapore is definitely stronger," he said, adding that Singapore had the advantage of being a safe place with good infrastructure and no tabloids.

Lin, meanwhile, noticed that Chinese money was also flowing to Singapore from Asia's other financial hub, Hong Kong. Lin said it started from the protests that dogged the city in 2019. "People sensed political instability and when they compared the two darlings of Asia, they looked to Singapore as a more viable alternative."

The island nation's attractiveness, observers say, has been put on full display by recent moves by some of the world's biggest fund managers.

Bloomberg on Thursday (June 23) reported that Blackrock Inc, the world's largest asset manager, was "poised for a major expansion" in Singapore, with addition of office space and staff from local hiring and some relocations from Hong Kong. 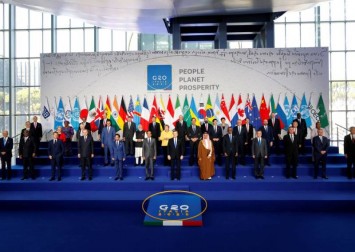 In the case of Chinese money managers, however, any such major expansion or move to Singapore can be difficult. Beijing's "common prosperity" policy introduced last August included a pledge to "encourage high-income people and enterprises to return more to society".

"They can't deploy money outside China that easily," said Lin, compared to deploying money overseas from Singapore, which is "very, very friendly for outbound investments".

China has a limit of US$50,000 in foreign exchange purchases by its citizens, and while it has a Qualified Domestic Limited Partnership (QLPD) that allows foreign asset managers to raise funds from Chinese investors, money made off these investments cannot be taken offshore.

"Fund managers and custodian banks have to ensure that the capital eventually flows back into China after the investment reaches maturity," said Choo.

Just on Thursday, ADDX announced its partnership with the Chongqing and Singapore branches of China Construction Bank for its US$200 million QDLP allocation.

Consequently, rich Chinese tend to keep their money movements quiet. It is also easier if their capital already sits outside of China.

"Some of them are very large companies who did their initial public offerings in the US, in Hong Kong. Or they sold their company to one of these listed companies in the US or in Hong Kong," Goh said. "We're talking about the really big boys."