Singapore's government lawyers played a crucial role in negotiations and providing advice to officials as the Lion City's ties with Malaysia were "put to the test" in 2018, the country's attorney general said on Monday, a day ahead of talks between the two neighbours over their recently frayed ties.

Lucien Wong, the government's top lawyer, did not mention the Tuesday meeting between Singapore Foreign Minister Vivian Balakrishnan and his Malaysian counterpart Saifuddin Abdullah, but his speech to the legal community outlined the extent to which many of the differences between the countries were deeply rooted in law.

He identified dealing with "cross-border relationships" as one of three key themes his chambers paid close attention to last year.

"It has been a challenging year in this regard, with our bilateral ties with our closest neighbour put to the test," Wong said, according to an official transcript of his speech at an event marking the opening of the legal year. 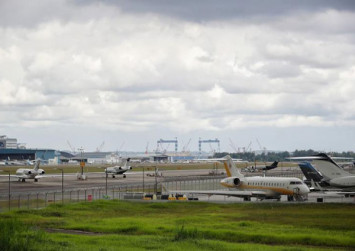 "As a small country, Singapore is never immune from political changes in neighbouring countries, especially Malaysia," he said.

Following the election defeat last year of the largely Singapore-friendly prime minister Najib Razak and the return to power of Mahathir Mohamad - widely viewed as hawkish towards his country's neighbour - the island republic has found itself at the receiving end of changes in Malaysian policy.

Among them are Mahathir's decision to delay a multibillion-dollar high-speed rail project signed up to during Najib's era, his plans to review the price of fresh water sold to Singapore, and two recent developments to do with air space and maritime boundaries.

Highlighting his officers' involvement in negotiations over this issue, Wong said their work ensured the "outcome was a positive and balanced one, resulting in a mutually agreeable resolution between both countries that also ensured Singapore's interests were safeguarded".

Wong said his office was assisting the government on three issues concerning Malaysia: Kuala Lumpur's assertions that its territorial waters now extend into territory long deemed to be within Singapore territory by the republic, an impasse over Malaysian airspace managed by the Lion City, and the review of water prices.

"We, as Singaporeans, have grown up with the mantra that Singapore as a small nation-state has no hinterland and is dependent on trade and human connections to thrive," Wong said.

"Singapore needs to build and manage its network of relations with other states, and law is an important tool which enables us as a small state to do so."

On Tuesday, Foreign Ministers Vivian and Saifuddin are expected to discuss issues surrounding airspace and maritime boundaries that surfaced in December, when both sides issued terse statements on the issues.

Observers have said the episode is the lowest point in bilateral ties in two decades.

However, both sides have pledged to talk through their differences.

Lee in his New Year message to Singaporeans said his government would manage issues with Malaysia "calmly and constructively".

Said the Singapore leader: "Singapore and Malaysia must manage specific problems, however difficult, while preserving the overall relationship. The way to do so is through equality and mutual respect, upholding international commitments and the rule of law."

A meeting between Singapore's Transport Minister Khaw Boon Wan and his Malaysian counterpart Anthony Loke is expected to take place soon. Negotiations before and during that particular meeting are likely to be crucial in diffusing the current tensions.