Singapore needs cultural shift to become a city for people, not a city for cars: Lawrence Wong 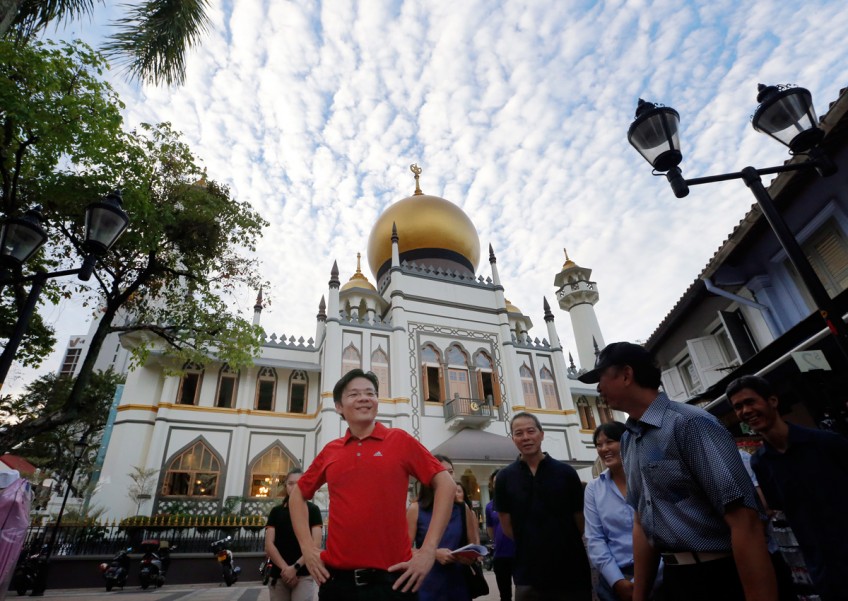 SINGAPORE - Singapore needs a "cultural shift" towards a car-lite future so as to be more sustainable in the long run, National Development Minister Lawrence Wong said on Saturday.

Referring to the ongoing SGfuture dialogue sessions, in which the public are invited to share their ideas for Singapore's development, Mr Wong said: "One of the ideas that resonated tremendously with the participants young and old was a vision for a car-lite Singapore. And I think that's a very important national shift that we must strive to achieve."

Mr Wong, who was on a visit to car-free zones in Kampong Glam and Liang Seah street, cautioned against being over-reliant on cars.

He said: "If you look at what we have done over the last 50 years of development, we have built more roads, we have designed our city to accommodate more cars. And if you were to just project that trend for the next 50 years, I don't think it's going to be sustainable.

"We would literally have a city for cars than a city for people, and I think that would be a terrible outcome.

Mr Wong said that Keong Saik Street and Armenian Street could be the next to become car-free zones. There are currently 11 such streets, including Haji Lane, Bali Lane and Club Street, which are closed to cars during certain hours on weekends.

Starting Feb 28, parts of the Civic and Central Business district, including the Padang, Robinson Road and Shenton Way, will also become a pedestrianised zone on the last Sunday of each month. The trial will last for six months.

Mr Wong said he hopes such an idea will catch on in the heartlands.

"We want this to be not just about the city centre. We want potentially car-free weekends or more pedestrianised streets also in the neighbourhoods, in the HDB heartlands," he said. "But as I said, this can only work with ownership and participation by the community."