Singapore 'not immune to terrorist ideology' 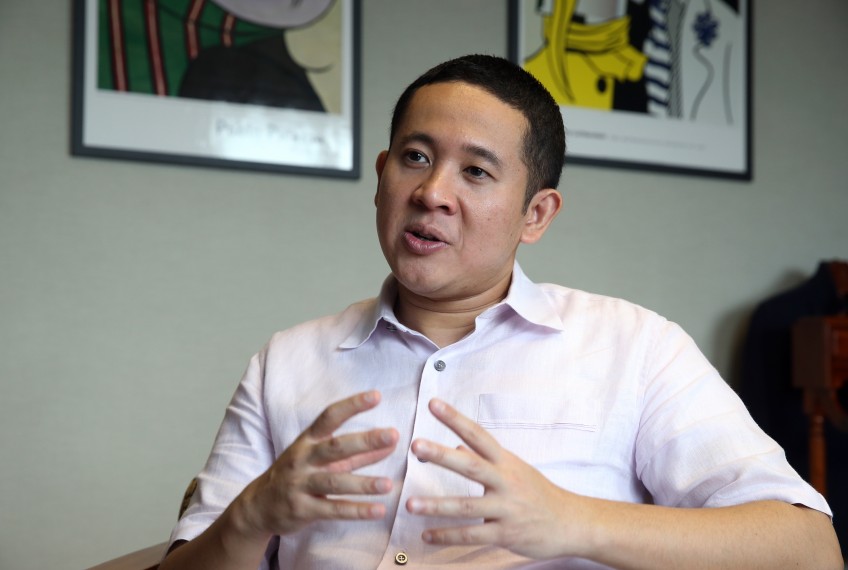 Stressing that Singapore is not immune to terrorist ideologies, Parliamentary Secretary for Home Affairs Amrin Amin yesterday urged the youth here to be vigilant and work towards maintaining social cohesion.

He stressed the need to be careful about what they read online, to verify sources of information and be responsible users on social media.

Addressing about 300 students at a forum on countering radicalism, he said that while Singapore has tough laws and tight border security, the crux of its counter-terrorism strategy is a community which is vigilant, resilient and united.

"The modes of attacks are targeted at tearing people apart," he explained, adding that terror attacks aim to get people to mistrust one another.

Yesterday's event, held at the Institute of Technical Education (ITE) College West, is the fourth youth forum held by the Inter-Agency Aftercare Group - a voluntary group set up to support families of detained terrorists.

Mr Amrin said that while recent attacks in Paris and Brussels are half a world away, Singapore is still susceptible. He highlighted how 27 Bangladeshi foreign workers were arrested last year under the Internal Security Act (ISA).

They supported armed jihad ideology of terrorist groups such as the Islamic State in Iraq and Syria, or ISIS.

It was also revealed last month that four Singaporeans had been dealt with under the ISA for undertaking or intending to undertake violence in overseas armed conflicts.

Two were detained last year, while the others were placed under restriction this year.

But countering terrorist ideology cannot be the Government's job alone, and communities have to be watchful and guide loved ones from going down the wrong path.

The anonymous nature of the Internet also allows individuals to propagate violent ideas, and he urged them to be mindful of what they read.

"Take care what you read online, verify sources and help to correct misconceptions. When seeking religious knowledge, it's important that you check the sources," Mr Amrin said.

He encouraged young people to get involved in community exercises against terrorism, and also to be aware of what to do in an emergency.

He also said on the Government's part, a national movement called SG Secure will help strengthen the community response to terrorist threats and to stay united in the aftermath of an attack.

Second-year ITE student Shilpa Shades, 19, one of the participants, said: "These forums are useful in that it keeps young people like us aware of how we should prevent ourselves and our peers from falling into terrorist ideologies, and joining these groups."