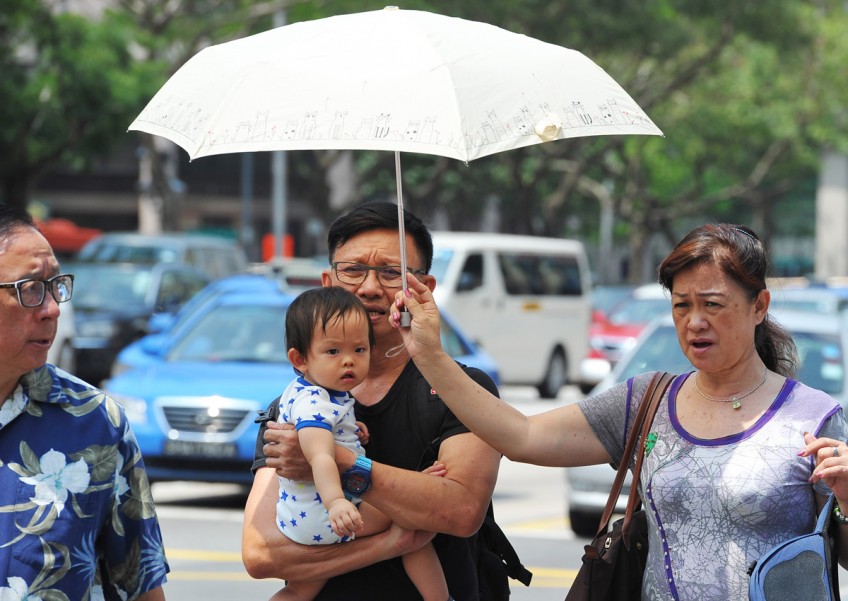 SINGAPORE - A searing 36.7 deg C was recorded in Seletar on Wednesday (April 13), the hottest temperature seen in Singapore in 10 years.

Singapore experienced significantly warmer conditions in the first two weeks of April, when the highest daily maximum temperature ranged between 34.1 and 36.7 deg C.

The latter was recorded at Seletar, and is the highest daily maximum temperature recorded so far this year and also the highest in the last ten years, the National Environment Agency (NEA) said on Friday in a press release.

As of April 14, the mean monthly temperature for the month was 29.4 deg C, which is 1.4 deg C warmer than is usual for April.

While more rain is expected, the daily maximum temperature could reach a high of up to 36 deg C on a few days, NEA said.

Short thundery showers are expected in the afternoon on five to seven days.

Pre-dawn rain and "gusty winds" caused by a Sumatra squall may visit on one or two days, NEA said.

The rainfall for April is expected to be near average, after two months of dry weather.

Beat the heat with these cooling drinks

10 ways to beat the heat

This article was first published on April 15, 2016.
Get a copy of The Straits Times or go to straitstimes.com for more stories.

[[nid:282978]]
SUBSCRIBE TO OUR NEWSLETTER
Your daily good stuff - AsiaOne stories delivered straight to your inbox