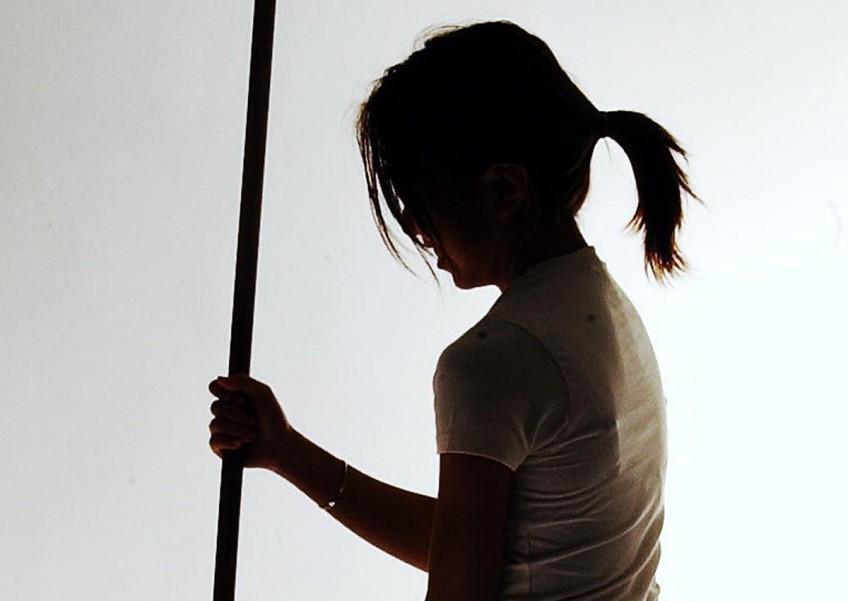 Agencies like Faith Employment Agency are taking steps to warn their maids of the dangers of social media.
The Straits Times

SINGAPORE - Singapore has repatriated two Indonesian maids it said were radicalised online, one of whom wanted to travel to Syria with her foreign boyfriend to join the Islamic State (IS) group.

Second Home Affairs Minister Desmond Lee told parliament the discovery of the two brought to nine the number of radicalised foreign domestic workers uncovered by the city-state since 2015. All have been repatriated.

The affluent island-republic's leaders have warned it is a prime target for a terror attack because of its strong stand against terrorism and reputation as a regional financial centre.

The city-state is also supporting the US-led international coalition against IS with non-combat assistance like air-to-air refuelling.

Indonesian maids were IS supporters who were "radicalised through social media".

"One of them intended to travel to Syria with her foreign boyfriend to join ISIS," he said Tuesday, using another name for IS.

No details were given for the seven other maids repatriated earlier.

While none of the nine maids intended to carry out attacks in Singapore, "we cannot condone support for any radical ideologies... whether by locals or foreigners," Lee said.

Hundreds of thousands of foreign maids and construction workers are based in Singapore, one of Asia's wealthiest economies.

Singapore in 2015 and 2016 arrested 40 "radicalised" Bangladeshi workers who it said were plotting violence in their homeland. All but six - currently serving jail terms for terrorism and terrorist financing - have been repatriated.

The convicted ringleader, Rahman Mizanur, was jailed for five years last year. He had tried several times to join IS in Syria but could not get visas to Turkey or Algeria, court documents showed.

He and a group of other Bangladeshis working in Singapore had planned to violently overthrow the Bangladeshi government and establish a caliphate there, according to the documents. They also collected funds to support their cause.