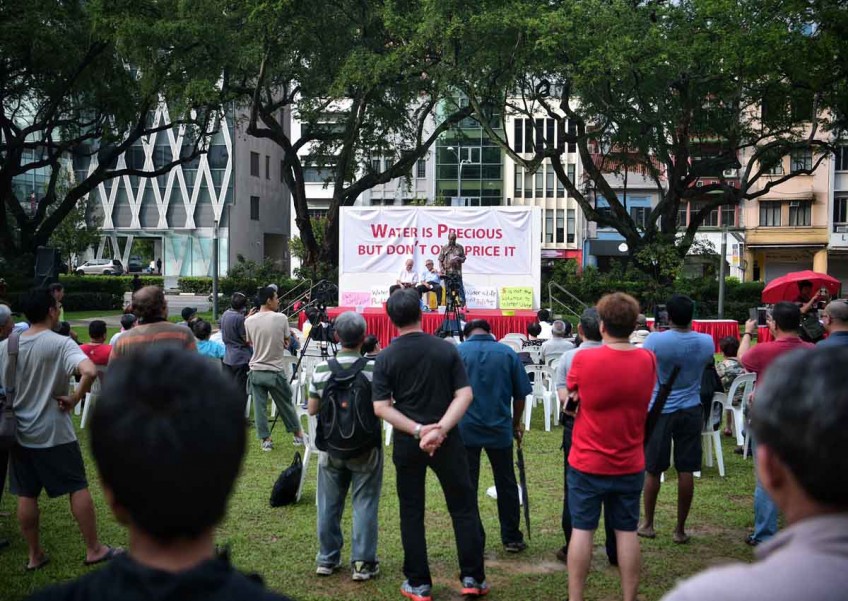 Singapore's police took issue on Sunday with a Reuters report on a public protest over water price increases, saying it presented a "false and misleading" picture of the use of Speakers' Corner, a designated place for citizens to speak publicly on issues.

The Reuters report said that more than 100 people gathered at Speakers' Corner on Saturday to protest against a two-step, 30 per cent increase in water prices, sweetened with tax rebates to help lower-income households pay bills.

Large protests are rare in Singapore, but residents are allowed to air grievances at Speakers' Corner in a small downtown park if they comply with defamation laws and avoid fanning ethnic and religious tensions.

Gilbert Goh, an organizer of the water price hike protest, said in a Facebook exchange with Reuters that some people had told him they were afraid to join the protest. He did not say how many had told him this.

In its statement, the Singapore police said the Reuters story was "clearly an attempt to stoke fears about the use of the Speakers' Corner and sow distrust of the police."

"A more objective reporting would have shown that the Speakers' Corner has been and remains an avenue for Singaporeans to participate freely and responsibly in public speeches and demonstrations," the statement said.

The Reuters report noted that in 2014 six people were charged with creating a public nuisance while protesting against a compulsory tax savings scheme.

The police said the six people involved in that incident were charged after disrupting another event being held on an adjacent lawn.