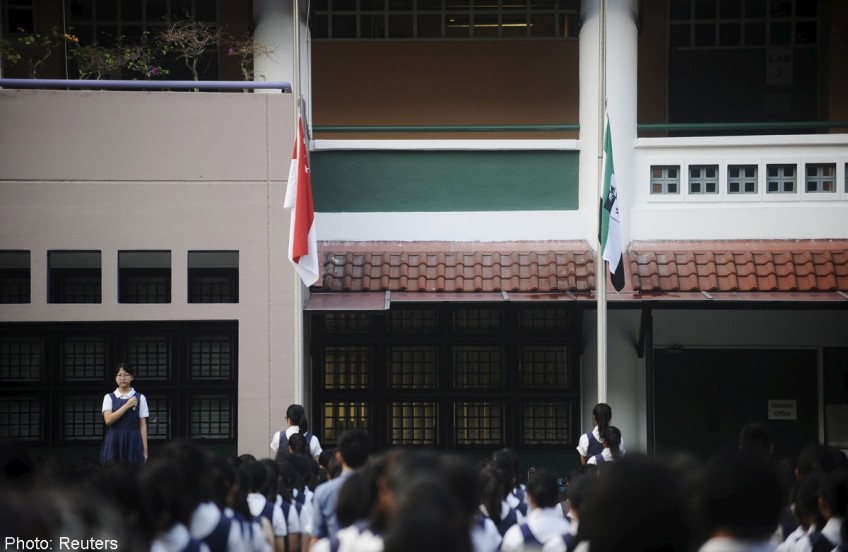 The state flag is pictured at half-mast as the National Pledge is recited during morning assembly at Raffles Girls Secondary School in Singapore March 23, 2015.

SINGAPORE - Flags at all Ministry of Education (MOE) schools flew at half-mast from morning as a mark of respect to the late Mr Lee Kuan Yew.

MOE told the media on Monday afternoon that schools also observed a minute of silence during this morning's assembly.

The Straits Times reported that all staff and students from Government schools and post-secondary educational institutions (PSEIs), and MOE headquarters staff will participate in state events such as the Lying-in-State, Special Parliament Sitting and the State Funeral Service.