For Chloe Ng, a typical work day involves picking up a takeaway coffee in a polystyrene cup looped with a plastic carrier on her way to the office, and then getting lunch from a nearby hawker centre in a polystyrene box.

Ng knows that single-use disposables are not good for the environment and tries to cut down on them. She carries a reusable bag to store her sweaty exercise gear instead of taking a plastic bag from her spinning studio, and places shopping in her handbag if space permits. She sometimes brings her own cup and container for her coffee and food, but usually forgets to. "Baby steps," she said.

The 34-year-old merchandiser's lifestyle is not uncommon. The Singapore Environment Council found that Singaporeans use 467 million PET bottles and 473 million single-use plastic items such as takeaway containers each year. Only 4 per cent of all plastics in 2018 were recycled.

This consumer behaviour contributes to the 1.56 tonnes of waste produced by Singapore households in 2018. About a third of this is single-use items such as plastic bags and food packaging - enough to fill 10 Olympic size swimming pools.

Like Ng, the city state is taking baby steps towards cutting out single-use plastics.

Authorities announced last month that five more hawker centres have stopped using disposable plates and cutlery for those dining in. This brings the total to 12, out of 114 hawker centres in Singapore.

Meanwhile, Hong Kong has been charging consumers for plastic bags since 2015 and Thailand went a step further by banning plastic bags. Indonesia has just announced a ban on single-use plastics from street markets and shopping malls in its capital Jakarta from June onwards.

Such charges appear effective at reducing consumption. Denmark was the first country to tax plastic bags in 1994 and today, a Dane uses just four single-use plastic bags a year. When the Netherlands charged for bags in supermarkets in 2016, there was a 71 per cent drop in consumption.

A one-month trial was held in Singapore in September, with shoppers at seven supermarkets and convenience stores being charged $0.10 to $0.20 for bags. The NTUC FairPrice trial was extended to 25 stores and will run for a year until this November. 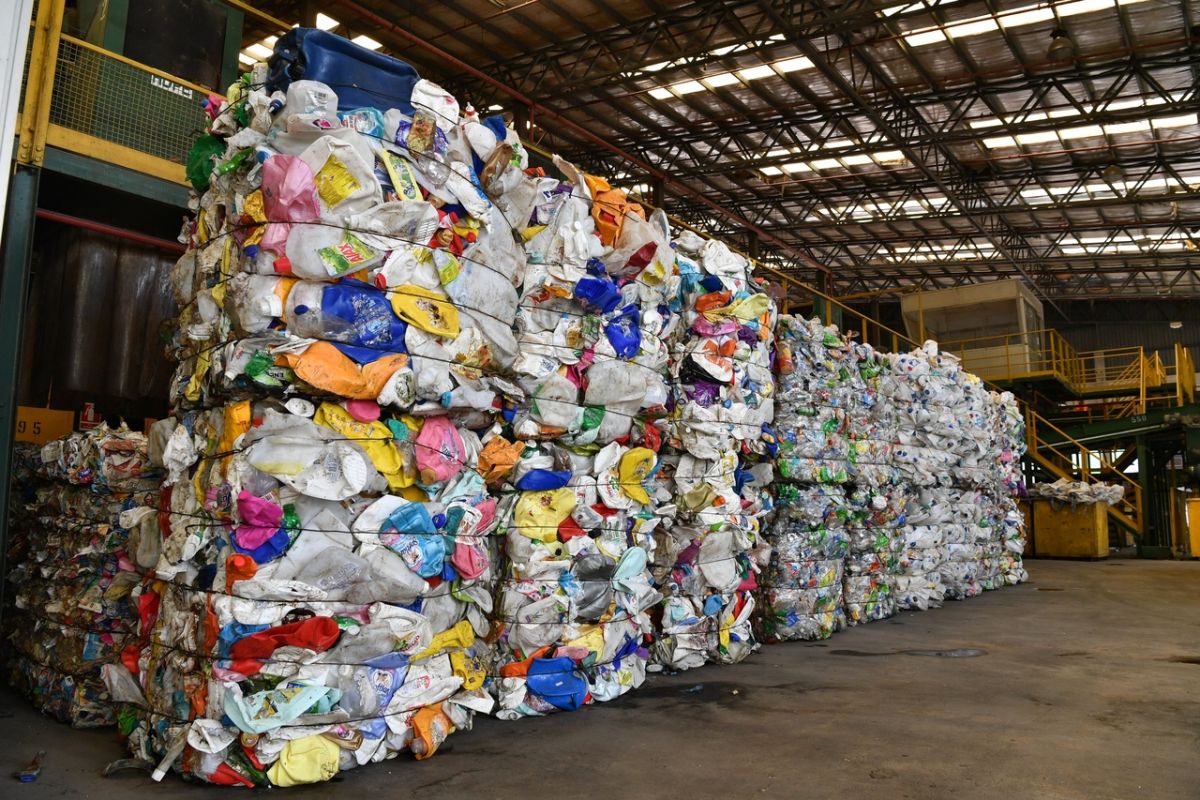 Used plastics that have been made into bales for recycling. PHOTO: The Straits Times

"Most of the plastic bags that Singaporeans bring home from the shops and supermarkets are not 'single-use'. We reuse them for other purposes, such as carrying wet items, before eventually using them to bag waste for disposal," she said, adding that a government survey showed only one-fifth of Singaporeans want charges levied on plastic bags and seven in 10 would prefer greater public education.

Authorities will instead "engage the community and businesses, and listen to their views and feedback". For example, a work group of 48 citizens was convened last year to look into recycling issues and a new one is being set up to explore reducing consumption of single-use plastics.

Member of Parliament Louis Ng, however, said other countries also use these bags for waste disposal and that has not stopped them from charging for plastic bags.

"Change is happening, but I feel it is too slow. The plastic bag charges are happening much more quickly in other countries," said Ng, long a champion of environmental rights. 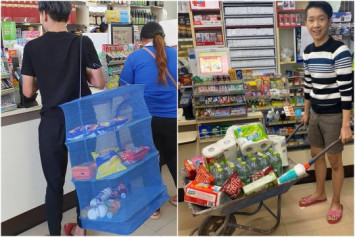 In October 2018, Ng asked Parliament to charge for plastic bags, pointing to how when local retailer Miniso started charging 10 cents for a plastic bag in 2017, usage plunged by 75 per cent. In another debate on the issue last year, Deputy Speaker of Parliament Lim Biow Chuan said Ng's motion "made a lot of sense".

"I do not see why MEWR (Ministry of the Environment and Water Resources) is so resistant to imposing charges for plastic bags," he said.

The country's prime minister also seems to be in favour of charging for bags. Referring to the NTUC FairPrice trial, Lee Hsien Loong wrote on Facebook: "It is a sensible approach: to make people conscious of the plastic bags they use, but not to ban plastic bags altogether. Using fewer plastic bags alone will not solve climate change or save the earth, but every bit counts. And making us conscious of our habits, and consider better alternatives, has value in itself. You can practise bringing your own bags too!"

During the trial, the supermarket surveyed 1,745 of their customers and found that 71 per cent supported paying for plastic bags. Of those that did not support it, 32 per cent said plastic bags should be provided as part of the service while others cited wanting the bags to line their garbage bins or that they simply did not want to pay.

The government said its approach is to reduce excessive use of all types of disposables - not just single-use plastics - and to promote the use of reusables. "We do not target plastics alone," said Khor. She pointed to a life-cycle assessment of single-use bags and disposables by the National Environment Agency which found that substituting plastics with other types of single-use materials is not necessarily better for the environment.

Singapore incinerates its waste instead of putting it directly into landfills. This includes biodegradable bags, such as those made from corn starch which cost more than plastic ones and require large amounts of water and land to grow the corn.

Asked why Singapore's government is lagging behind peers such as Hong Kong, Thailand and Malaysia - which said it will eliminate single-use plastics by 2030, starting with a ban on straws this year - observers point to ground sentiment. 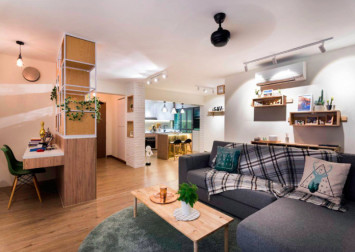 Seeram Ramakrishna, who chairs the Circular Economy Taskforce at the National University of Singapore, said the moves by Indonesia and Thailand were "more of a grass roots led effort", while Malaysia and Hong Kong are a combination of both ground up and government approaches.

"Some government corporate policies change only when they sense enough support from the ground, thus we need to continue taking action, whether big or small, to indicate that we are ready for it," said Pek Hailin Manager of Zero Waste SG.

Seeram added that Singapore is trying to get traceable results via new extended producer responsibility laws coming into effect in 2021, under which companies must collect and treat their e-waste, and report the amount and type of packaging they use.

Pek and Ng believe consumers should be charged for single-use plastics. Ng also wants all hawker centres to stop using disposable plates and cutlery. He said the government stepped in to subsidise the cost of washing plates at new hawkers centres after feedback from stallholders that it costs more to wash plates than to use disposable ones. This subsidy can be extended to all 114 centres.