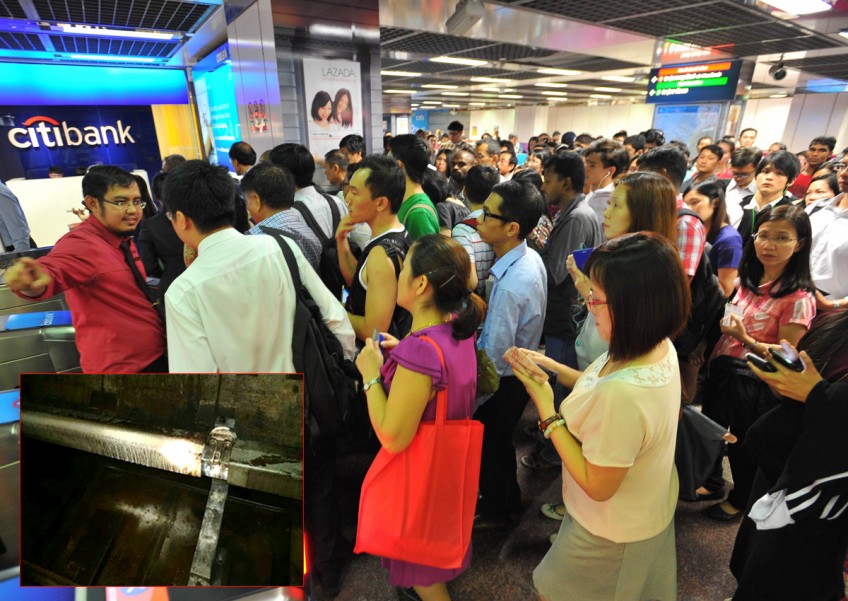 The crowd at Clementi MRT station after a breakdown. Soldiers could be deployed at MRT stations for crowd control, but only as a last resort.
Lianhe Zaobao

The two main subway lines in Singapore broke down simultaneously for the first time on July 7, stranding tens of thousands of commuters during rush hours.

The disruption was caused by intermittent tripping of the rail power system at multiple locations.

This is the highest financial penalty imposed on an operator since two disruptions in December 2011, when SMRT was fined S$2 million, the transport authority said.

[[nid:209068]]
SUBSCRIBE TO OUR NEWSLETTER
Your daily good stuff - AsiaOne stories delivered straight to your inbox