Singaporean painter Alvin Ong is usually based in London but ended up extending his stay in Singapore as the pandemic worsened. During his isolation period, he completed a series of paintings for a solo exhibition at Sydney’s Yavuz Gallery in May.

When California-based performance artist and actor Loo Zihan returned home to Singapore in March, he began taking long walks along the Rail Corridor – a stretch of greenery that spans the country’s old railway line.

The three-hour, 9.5km (6 mile) hikes through nature were a balm for the social isolation he endured during Singapore’s partial lockdown, when people were only permitted to leave their homes for essential business or exercise.

“Being a performance-based artist, I was interested in observing how the body adjusts to restrictions of mobility, and how it adapts to being confined within a limited space for long periods of time,” says Loo, who decided to return to Singapore at the urging of friends and family worried about the rapidly worsening spread of Covid-19 in the United States.

His isolation walks inspired him to create a performance project titled Temporary Measures, a series of one-on-one long-distance “processions” along the Rail Corridor accompanied by donors to a fundraiser for migrant workers.

During these three-hour walks, run by the Coda Culture art gallery, Loo discussed prearranged subjects with the donor and introduced them to a little-visited, wilder stretch of the Lion City.

“This performance was a way to share with others the underexplored areas of Singapore I discovered during the long walks I took in social isolation,” Loo says. 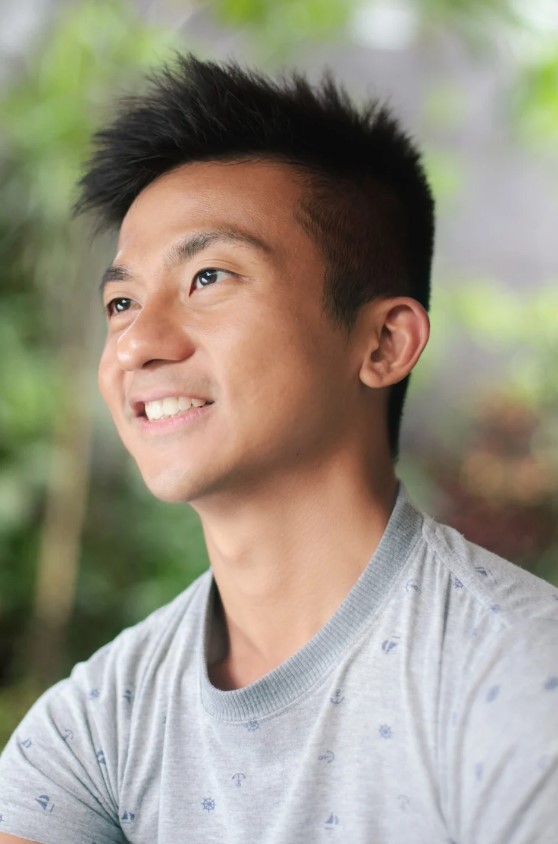 He is not the only overseas-based artist inspired by a return to Singapore, a place affectionately known as the “little red dot”.

Significant numbers of the country’s artistic diaspora, who have over the years taken up residence abroad, have returned to the city state to allay fears of loved ones or to leave countries with surging cases of Covid-19.

They include novelist Amanda Lee Koe, author of Delayed Rays of a Star ; filmmaker Kirsten Tan, who directed the 2017 drama Pop Aye ; handbag designer Ethan Koh ; and artist Alvin Teo. This has led to a flowering of artistic output in Singapore as these creatives rediscover its unique characteristics.

For London-based bespoke handbag designer Koh, known for his luxurious exotic leather products, being home in recent months has nurtured in him a greater appreciation for the country as a “tropical haven”.

“Singapore in the ’80s was portrayed in the television series Dynasty as a tropical paradise. It was a romantic place of travel and a place for rest,” he says. “With the roads being so quiet recently, I really reconnected to this historic aspect of Singapore.”

His new-found appreciation for the garden city can be seen in his latest handbag lines, which were all designed under lockdown. Besides featuring vivid tropical reds, greens and blues, Koh also designed a print inspired by Gardens by the Bay, the city state’s 101-hectare waterfront park.

The design pays homage to the park, a “green lung” made famous by the film Crazy Rich Asians . 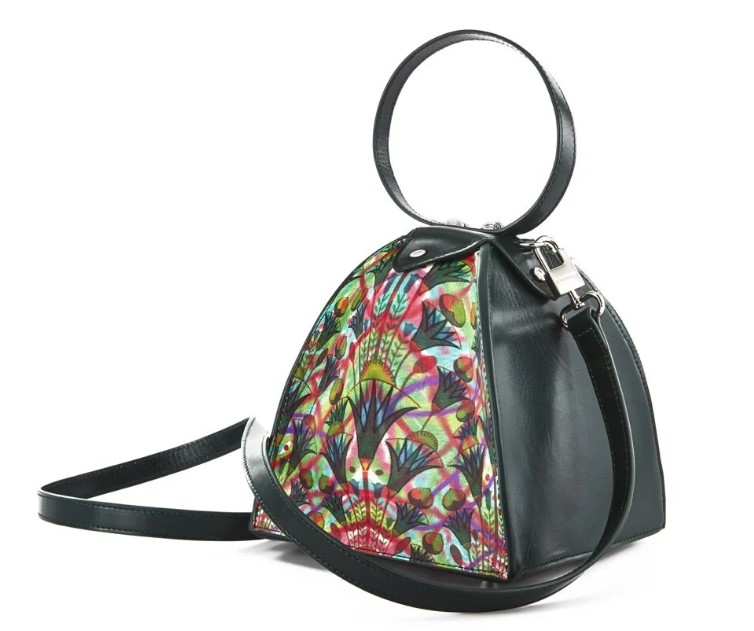 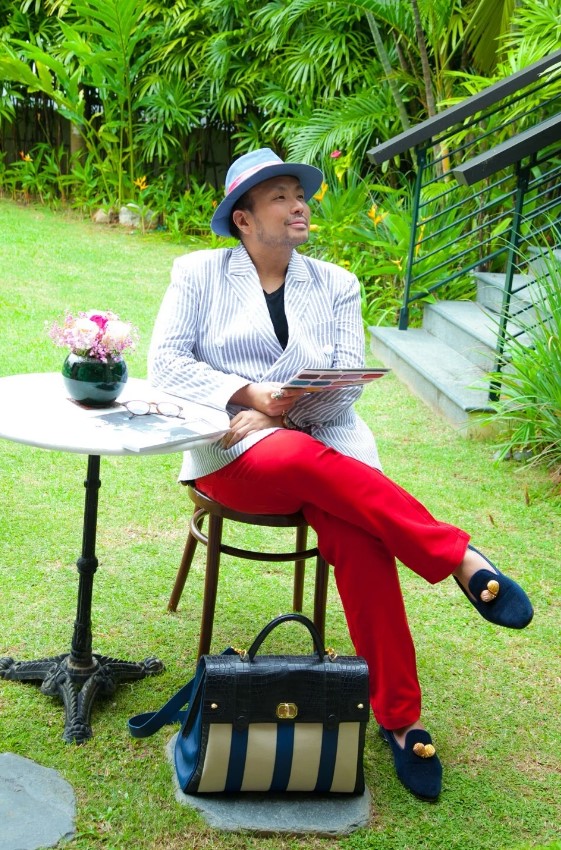 Koh is usually based in London. PHOTO: Ethan Koh

Social and political events of recent times have also sparked various creative projects. As the whole of Singapore was gripped with election fever in the lead-up to the general elections in July, Lenne Chai spotted something interesting.

The fashion and celebrity photographer, who is usually based in New York, noticed the “clear visual language” candidates relied on during the campaign to connect with voters in a time of social distancing.

“I thought it would be interesting to analyse and discuss the different symbolisms the parties were drawing upon,” she says. “For example, the Workers’ Party candidates literally wear blue-collar shirts, while the People’s Action Party’s images have the highest production values and look very precise.”

She says her images were not meant to be political. “We fed these visual cues into a shoot to showcase how this was so different for each party, and it was interesting that they turned out to be so distinct.” 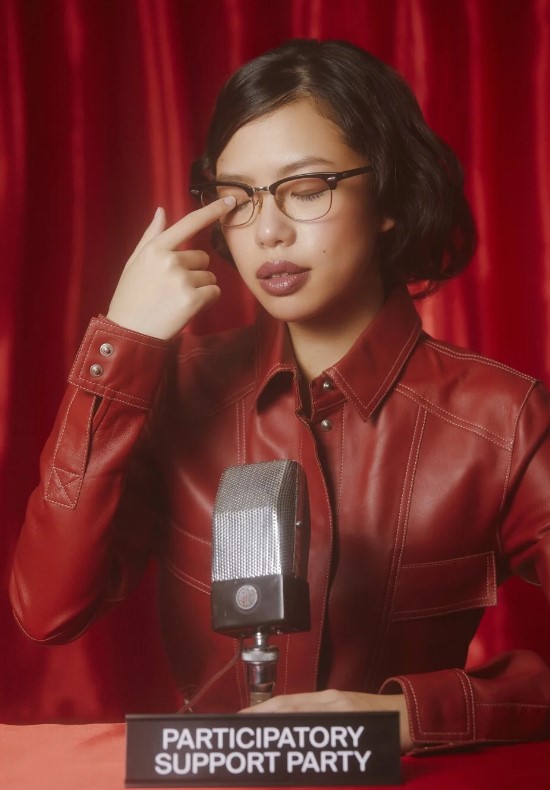 The challenges of creating art in the midst of the pandemic have been enormous. Filmmaker Kirsten Tan, who returned from New York in late March, was commissioned by luxury hotel Raffles to write and direct a film to celebrate its newly restored building.

The crew, however, could only film a few months after the commission, during phase two of Singapore’s eased social distancing measures, and even then they had to proceed with extreme caution.

“My producer had lots of red tape to get through to get the necessary permits, but often there wasn’t a lot of clarity on what was permissible or not,” Tan says. “On top of that, ensuring safety measures with a sizeable film crew just meant that we were literally moving more slowly.”

Still, the lush promotional video, of two young dancers exploring the spaces and hallways of the rejuvenated hotel, was released on the Raffles Facebook page to mark its reopening after the so-called circuit breaker period. It has since been viewed about 12,000 times.

While art can take viewers on flights of fancy, it can also hold a mirror up to the climate of the times. For the inaugural issue of the Vogue Singapore relaunch, novelist Amanda Lee Koe contributed an essay written from the point of view of a fictional character, which “mirrored” her own experiences in the city state.

“My piece is written from the perspective of a relatively privileged woman in isolation during the circuit breaker period who begins to notice how jarring the contrast and juxtaposition of things around her are,” she says.

“One moment you would be reading about how migrant worker cases [of Covid-19] were at an all-time high in Singapore, or how dead bodies were piling up so quickly in Italy there was no time to bury them, and the next you would see a friend being sad that their earnest attempt to bake a cake had failed. 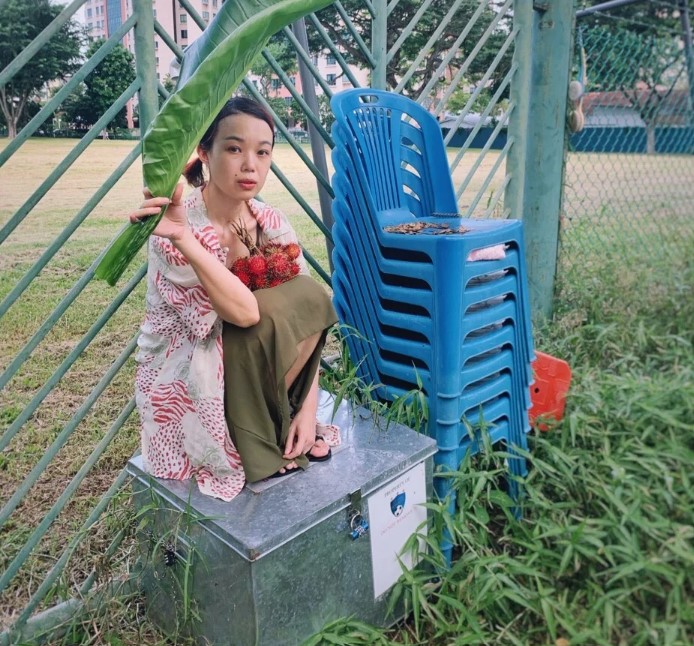 “I get that we are all simply finding our own coping mechanisms to deal with unsettling stressors in these unprecedented times, but it was deeply incongruous nonetheless. I wanted to be truthful to this disjuncture, and to use it as a jumping-off point for self-reflection as we move forward into this supposed ‘new normal’.”

So-called pandemic art can evoke powerful emotions, observers say. “While newspaper reports and other such documentation serves to provide a factual record of these times, pandemic art helps those of us living through this experience with a way to articulate, process and make meaning from our anxiety, confusion and grief for a way of life that has been lost,” says Usha Chandradas, co-founder of Singapore’s Plural Art Mag .

The process of reflection may also inspire action. In Koe’s case, the dissonance she felt led her to ask for the inclusion of QR codes providing donation links alongside her Vogue Singapore essay for readers who wanted to make a contribution to people in need.

The urge to give back is a sentiment echoed by photographer Chai, who embarked on a separate personal project during the lockdown to photograph her close friends in their homes using FaceTime.

The response to the intimate, introspective images was so promising that she secured a number of commercial commissions as a result.

“I feel like my career is not really essential work, so there is some discomfort in how I have still been able to comfortably thrive,” she says, adding that she has donated a portion of her earnings to charitable causes and is also investing time in portfolio reviews for budding photographers. 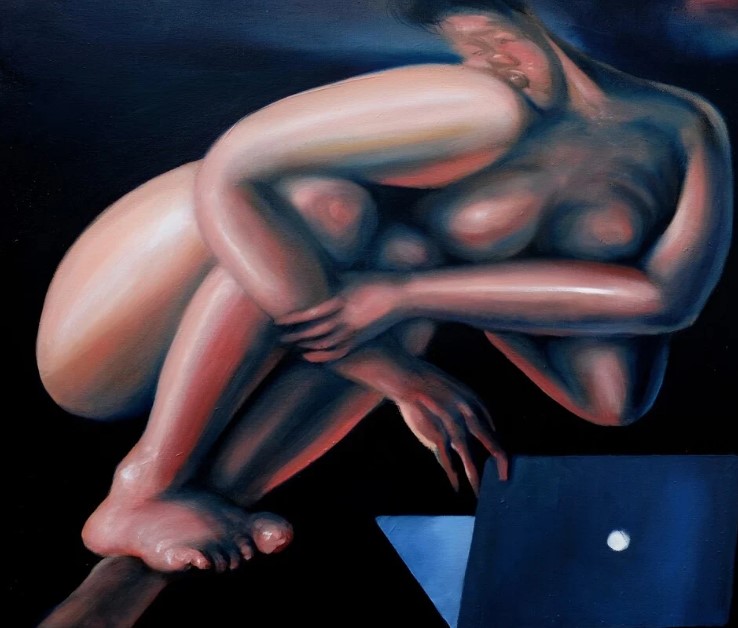 These pandemic pieces may prove even more important in the future by offering a window into the sometimes debilitating sense of isolation that many have felt during lockdown.

“Art, as historical documentation, serves to help future generations understand this life-changing event in a deeper, more visceral and resonant way than any history book could,” Chandradas says.

That’s especially the case for painter Alvin Ong, who is usually based in London but ended up extending his stay in Singapore as the pandemic worsened. During this “extremely fertile” isolation period, he completed a series of paintings for a solo exhibition at Sydney’s Yavuz Gallery in May.

“I’ve noticed that the figures and settings in my recent work have become much more solitary,” he says. “Like everyone else, it’s the human touch and interactions I miss the most during lockdown, even as I try to convince myself otherwise.”