Singaporean ex-K-pop star Ferlyn Wong sets up company with two partners: I want to do it my way 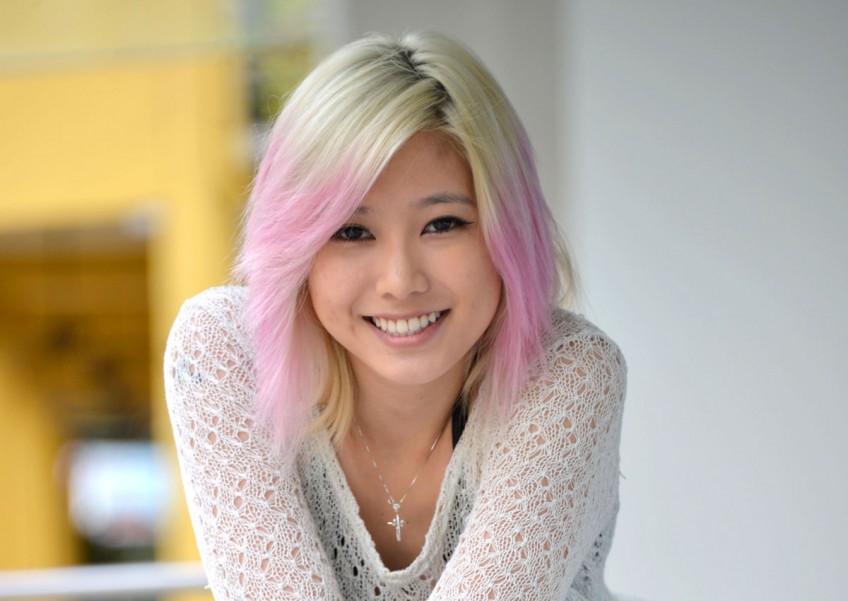 Most people know her as the former member of K-pop girl group SKarf, which has been inactive since 2013..

But local singer Ferlyn Wong is proud to announce she is now boss, composer, lyricist and entertainer all rolled into one.

She had announced last December that she had quit SKarf to be a solo artist under iGlobal Star.

SKarf's other Singaporean member, Natasha Low, is in the midst of remaking herself with a new group.

In an interview with M, Wong esaid the push factor was too strong to ignore and she parted ways with iGlobal Star mainly due to "creative differences".

She said: "I do a lot of things purely for passion. I find it extremely restrictive when I'm not given room to expose myself to new, untested areas."

Like all rookie entrepreneurs, Wong said starting a new business is a daunting task.

She has released a self-penned hip-hop single in English, Gif To You, on online streaming platform SoundCloud.

"Right now, I do feel a bit insecure because nobody is spoon-feeding me any more, I'm pursuing my own path in life," she said.

"But with my current team at GIF Music, it's better. We have the same goals and passion.

"Also, I want to be a worthy role model for fans who view me as an inspiration. I don't want to be constantly stuck with (the label) 'first Singaporean K-pop singer'. That's just a small achievement and I think I can do more with GIF Music."

Wong said she has plans to roll out "at least two digital singles" next year. One of them, slated for release next April, will be used as a sub- theme song for a Channel 8 drama.

While music is her top priority, she will continue to take on acting gigs.

She played the mistress of Max Loong's character in Channel 5 drama Lion Moms and will soon be seen on the big screen in a villainous supporting role in new local cosplay-themed movie Young & Fabulous. It also stars Joshua Tan and Aloysius Pang and opens here next month.

Wong is aware that she has her detractors, some of whom assumed she was striking it out on her own primarily because she could not take the hardship in SKarf.

"A lot of people don't understand. There was less hardship being in SKarf than what I'm going through now. Now I have to handle everything by myself. Back then, we were spoon-fed and I didn't have to use my brain much, just my body (for dancing)," Wong said.

"It's basically following instructions and doing what you are told. If I were in showbiz for fame, I would have stayed in Korea."

What she could not tolerate was the fact that her Korean management did not accept differing opinions.

"My personality is such that I will voice my opinion if I have one, but ultimately I still respect my bosses' decisions. In Korea, that's not the case. You don't even get a chance to say anything," she said.

Wong is still in touch with Low and chooses to ignore remarks about how Low, who is based in Seoul, has adapted to the K-pop industry better than her.

"Tasha and I have very different views when it comes to our careers. I'm definitely more opinionated than her and I'm determined to do music the way I like it.

"I found my passion for music at 12 and I had the chance to debut in Korea. Tasha found her passion for K-pop after being part of SKarf and it just grew. That's why she doesn't want to come back."

This article was first published on November 18, 2015.
Get The New Paper for more stories.