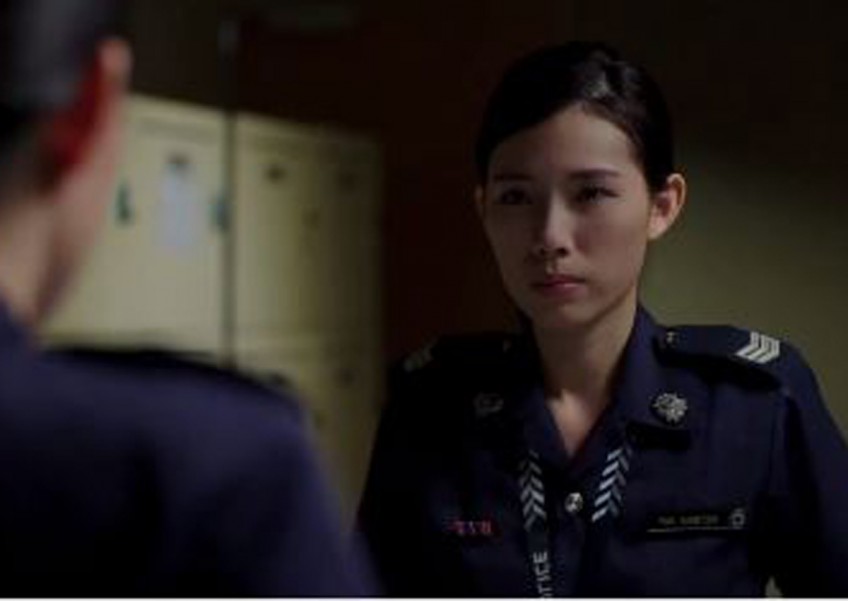 SINGAPORE - The new Home Team video, "Our Guardians", has received alot of praise with its compilation of the different forces engaging in their daily tasks.

In the first few seconds of the video, a female police officer and her male partner attend to a house call, where they subsequently subdued a violent man. In the midst of the action, the officers also noticed that an elderly man who was wheelchair-bound and a young boy were present in the house. Fast forward to an evening shot and the two officers, now off-duty, returned to bring the man and the child dinner.

While Lianhe Wanbao reported that the female officer became an internet hit, netizens generally took positively to the video in its entirety.

Many users commended the officers for being on the frontline of duty and serving the nation while others declared their respect for them.

Facebook user Idroz Shah said: "Not enough credit goes to these officers. It was truly an honour to have once be amongst them and serve society. They are every bit as human as the people they serve and not many are able to relate to the experiences they face with every single case they undertake. Truly a noble vocation, never merely a job, for not everyone can respond to the call. Without a doubt, they deserve my utmost respect."

However, some online media have suggested that the timing of the video seems to be a response to the recent case of an online post about a Changi Airport Immigration Officer, Eugene Tan.

Facebook user PJ Wong had posted a complaint online on Oct 14 about being singled out by Officer Tan for a random check at customs. However, his post soon backfired and many netizens jumped to the officer's defence, saying that he was "just doing his job".

In the Home Team video, the ICA segment showed how an immigration officer had to handle a difficult visitor. The voiceover then took the winning strike home: "Others may think he is being demanding and difficult. I see someone who's vigilant and safeguarding our borders."

Mr Wong has since apologised on a Facebook posting dated Oct 19 saying that he "deeply regrets" his rant on his personal Facebook account. It was meant to be seen only among friends and was "an in-the-moment release of [his] frustrations of that experience".

He went on to say that he should not have questioned Officer Tan and realised that he was just doing his job.

"After a weekend of quiet time of prayer, reflection and reassessment, I would like to apologise to anyone who might had been offended by my sharing of my experience on my personal FB page. I should not have asked that one question (either as a joke or not) to ICA officer Eugene Ng on why he had picked me to scan my belongings instead of the many others who were together with me; I know he was just doing his job to keep our country safe," he said.

He added, "I wish to publicly apologise to officer Ng for referring him in my personal post and the comments I made about him. I also wish to thank officer Ng's superior for swiftly ending the matter immediately upon his arrival at the work station. I have taken down the post and I seek for understanding and forgiveness for my post and the comments I made. I hope everyone can let this matter rest."

In what may be a sheer coincidence, ICA has released a statement in response to the social media posting on Oct 23. It said that Singapore's checkpoints are its first line of defence and security checks are critical to safeguard Singapore's security.

"ICA officers are empowered by law to conduct travel document and baggage checks on all travellers. Additional checks and/or interviews may be conducted, when necessary. Photography and videography at certain areas within the checkpoints are not permitted, and there are clear signage to advise travellers accordingly.