Volunteers at Free Food For All in Singapore prepare meals for low-income households.

The early months of the Covid-19 pandemic sent Nirmala Murugaian into a blind panic. As Singapore slipped into an economic downturn , funds plummeted at Child at Street 11, the non-profit childcare centre that she runs.

Parents could no longer afford to pay childcare fees as they were hit by job losses or pay cuts. Funds from corporate donors quickly dried up as cost-cutting measures kicked in.

The centre, which currently has 55 children from low-income families and largely relies on donations, only managed to raise $20,000 in February, but its monthly expenses average around $80,000. There was a real threat it would cease to exist, and Singapore’s partial lockdown made the situation even worse.

“That was really scary,” said Murugaian. “We had to close the school, and all our contacts with our usual donors had to stop. It was like seeing your blood pressure readings on a health machine. Is it going to stop? Is it going to end?”

But donations started streaming in when word got out about the 21-year-old centre’s plight, and it raised about $200,000 in three months. Not quite enough yet, but the generosity gave it hope, she said.

Singapore’s philanthropy scene has had an unexpected boost in recent months, despite the economic gloom. As charities mount more virtual campaigns to provide aid for the less fortunate, people have responded in kind. More are opening their wallets to give generously, and contributions are soaring to record levels.

In April, donations on online fundraising platform Giving.sg hit a record high of $13.6 million. Contributions on April 18 itself peaked at $1.6 million. To put it in context, the platform collected $1.3 million in donations for the whole of February last year.

The government-backed National Volunteer and Philanthropy Centre (NVPC), which launched the platform in 2015, noted that donations to date this year are the highest in its history.

Giving.sg supports more than 500 organisations in Singapore, including Child at Street 11. Within a month, the centre raised $60,000 on the platform alone.

Generosity in a time of need

The spike in donations is driven partly by a recent government support payout scheme, in which all adult Singaporeans received a payment of $600 in April to help them cope with the pandemic.

It sparked a viral online movement – #GiveYour600 – which urged those who did not require the money to donate it instead.

But the generosity goes beyond the campaign. Singaporeans have an enviable track record of responding strongly in times of crisis, said NVPC’s deputy chief executive Tony Soh. 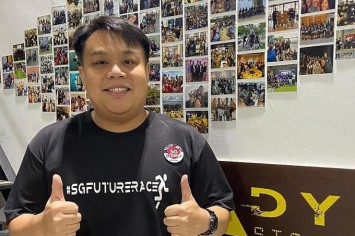 For instance, when Singapore issued a plea for blood donations after stocks dipped to critical levels in February, donations leapt by 70 per cent over a single weekend.

The Straits Times School Pocket Money Fund, a charity that gives allowances to students from poor families, has seen contributions increase by 30 per cent compared to the same period last year. This comes despite the absence of its usual fundraising campaigns like charity runs and golf events.

It also recently announced a $7 million donation from Singapore agribusiness group Wilmar International and its chairman and CEO Kuok Khoon Hong – the biggest donation in the fund’s history.

Peter Lim, the Singapore billionaire and owner of Spanish football club Valencia, also gave $1 million to pay for the meals of hospital staff, to “boost the morale of these frontline health care workers and bring them some comfort in this difficult period”, according to a statement from his private office.

“Generally, Singaporeans are generous and will step forward to volunteer or donate to a cause if they can relate to it,” said Tan Bee Heong, the fund’s general manager.

The outpouring of funds has not only kept organisations afloat, but even expanded the capabilities of some, such as food charity Free Food For All.

“We had to hire a bigger warehouse so that more items could come in. We can also now buy in bulk, which allows us to get discounts and reduce costs,” founder Nizar Mohamed Shariff told This Week in Asia.

He estimates that the charity now delivers about 1,000 meals to underprivileged households – about four times what it used to do.

Before Covid-19, Free Food For All had to reach out to companies for funds, but it is now being approached by corporations and members of the public.

“There were those among us who knew we had to do something. A hunger free community is a strong society,” said Nizar.

Challenging times ahead for charities

Despite the recent surge in donations, many charities still face challenges. While bigger, more established ones can rely on larger networks and the occasional support from wealthy philanthropists, smaller organisations have to vie for funds in a crowded field, leaving some of them languishing.

“The competition out there is very stiff. Everyone wants your charity dollar,” said Murugaian. She is considering shifting Child at Street 11’s fundraising campaigns to other virtual platforms and diversifying the centre’s fundraising approach.

Abhimanyau Pal, CEO of SPD, a charity supporting people with disabilities, said they expect donations would still decline in the near to long term. “We foresee challenging times ahead on the fundraising front amid the current global economic outlook,” he said. 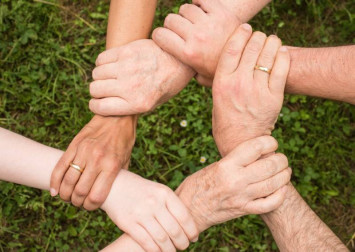 Nonetheless, he said they have been encouraged by the response to their recent online appeals. Besides monetary support, several organisations have also stepped forward to provide items like laptops and tablets so that beneficiaries can receive care remotely.

The government-backed NVPC pointed out that for charity efforts to be truly sustainable, the act of giving should be regular and not just a once-off approach.

“While this surge of donations will go a long way in helping address immediate needs related to Covid-19, we urge everyone to pace themselves for a marathon, not a sprint,” said NVPC’s Tony Soh.

Nizar estimated that the additional demand for food will stretch until the end of 2020. “We hope that more people can give a bit more consistently, so that every month we can look forward to having more resources to do what we do.”

He is confident that Singaporeans will step forward again.

“It tells me that there are a lot of kind, caring and compassionate people around. This is the society we want to be in,” he said.

“This is the Singapore we want to leave a legacy on – one that takes care of each other.”