Leveraging on the return of the Singapore Grand Prix from Friday to Sunday, this week sees the debut of several Mice events.

Singapore sent a clear message of its reopening after a two-year pandemic hiatus as some 1,200 guests, including government officials and top executives from more than 25 nations, gathered in the city state on Thursday for the Milken Institute Asia Summit.

The summit, which aims to tackle global issues such as climate change, diversity and economic inequalities, is part of a string of high-profile events taking place in Singapore this week that culminates with the Formula One Singapore Grand Prix on Sunday.

Token2049, a two-day cryptocurrency event that started on Wednesday, was also expected to draw thousands of entrepreneurs, investors and enthusiasts to the city state.

Hours before the start of the night race on Sunday, former Google chief executive Eric Schmidt and other executives will also attend the inaugural Time100 Leadership Forum at the National Gallery.

According to the Singapore Tourism Board, close to 90,000 delegates are expected to attend about 25 MICE (meetings, incentives, conventions and exhibitions) events held around the same time as the F1 race.

Ong Ling Lee, executive director at the board, said the scale of the events “signals to the world that Singapore is back in business and that our ability to stage world-class, high-quality events remains undimmed”.

The city state, which last year announced plans to treat Covid-19 as endemic and in April lifted most pandemic-related curbs, has emerged strongly as a key destination for large-scale events and exhibitions in Asia.

Some organisers have in recent months turned to Singapore from rival city Hong Kong, which only recently scrapped its strict hotel quarantine scheme.

On Thursday, sharpening geopolitical contestation in the world and uncertainties in the post-pandemic era were in focus at the Milken Institute Asia Summit.

US Ambassador to China Nicholas Burns stressed in an afternoon dialogue that Washington remained consistent on its stance on Taiwan, which China viewed as a renegade province.

Beijing’s “overreaction” to US House Speaker Nancy Pelosi’s visit to the self-ruled island in August could disrupt peace in the region, said Burns, who joined the conference via video call. 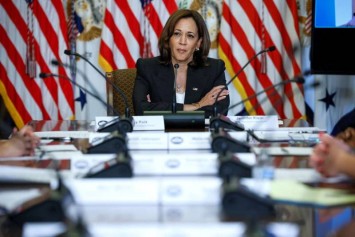 Despite rising tensions between the two world powers, he said Washington had no intentions of decoupling from Beijing even though there were efforts in place to ensure that “Chinese investments in the US do not cause problems for our national security”.

Washington’s foreign policy in the Indo-Pacific – a region that has shaped up to be an arena for US-China contestation – was discussed elaborately in a separate panel dialogue.

While the Biden administration has significantly increased its engagement with the region, Paul Haenle, visiting senior research fellow at the East Asian Institute, said one challenge would be to show that there was a long-term strategy for the region.

Kishore Mahbubani, a veteran Singapore diplomat, said Washington’s policy needed to be one that “will stay, that will carry on regardless of personalities”.

One major roadblock stemmed from domestic politics like partisan splits and changes in administration, he said. “Frankly, Southeast Asia keeps sometimes being loved and sometimes discarded and so that’s a problem.”

Mahbubani suggested that a re-election of former US President Donald Trump could disrupt Washington’s engagement with the region and was a cause for concern for countries in Southeast Asia.

British Foreign Secretary James Cleverly, in his keynote speech on Thursday, reiterated his government’s commitment to its so-called Indo-Pacific tilt that would see the country strengthen trade and strategic ties with the region.

Cleverly said Britain’s development financing body planned to spend £500 million (S$796 million) in the region over the next five years.

During his speech, Cleverly took aim at Russia over its invasion of Ukraine, but also criticised China.

“The lessons I take from watching China across my lifetime is that when China departs from global rules and when it aligns itself with aggressive countries, like Russia, its standing in the world suffers,” he said.