Foreign domestic maids in Singapore are susceptible to being victims of forced labour, despite them being documented workers with legal rights such as paid medical insurance and a rest day each week, according to a new report.

Between April 2017 and March last year, 872 workers complained of issues such as overwork, verbal abuse, salary problems, inadequate food, and having to give their employers massages, said migrant rights group Humanitarian Organisation for Migration Economics (Home).

Their stories formed the basis of a report titled "Behind Closed Doors: Forced Labour in the Domestic Work Sector in Singapore" that Home and Hong Kong-based anti-human trafficking advocacy group Liberty Shared released on Tuesday.

Singapore has the second-largest population of foreign domestic workers in Asia. As of December 2017, there were 246,800 in the Lion City, behind only the 370,000 working in Hong Kong. 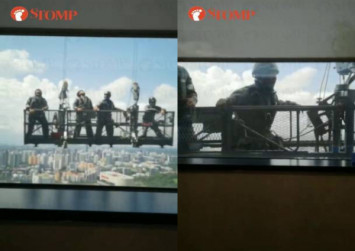 Home pegged the workers' forced labour susceptibility to Singapore's "use and discard" regime that treats them as transient employees who are not entitled to permanent residency or citizenship.

These guest-worker programmes also exist in the United States and Canada, and have the following common traits: a migrant worker is only allowed to work for a particular employer or in a specific industry; they are clustered in sectors in which the work is generally low-paid and working conditions are poor, such as agriculture or domestic work; and they can be easily dismissed and repatriated.

In Singapore, this comes in the form of a work permit that is sponsored by the maid's employer and tagged to a S$5,000 (US$3,680) security bond. This means domestic workers can be easily repatriated by her employer - sometimes within 24 hours - or the work permit can be extended without their consent, the report said.

It added employers often impose rules on the worker to minimise the possibility of her violating the conditions of her work permit, which states she cannot marry a Singaporean or permanent resident without government permission.

Maids in Singapore are not covered by the city state's Employment Act, only its Employment of Foreign Manpower Act.

While this regulates the hiring of foreign workers and lists the obligations of employers, it does not set out work hours and merely stipulates that the domestic worker should get "acceptable" accommodation, "adequate" food, "adequate" rest, and "reasonable" notice of repatriation, the report said.

Singapore's Ministry of Manpower said the report "does not accurately reflect the employment and working conditions of foreign domestic workers in Singapore".

The ministry described the Employment of Foreign Manpower Act as "comprehensive" and pointed to a 2015 survey it conducted, in which 97 per cent of the 1,000 migrant workers surveyed said they were satisfied working in Singapore.

It also emphasised that forced labour issues needed to be assessed on a case-by-case basis due to the complexities involved.

"Meeting one or more of the [International Labour Organisation's] forced labour indicators may not necessary mean that a worker is indeed in a forced labour situation as each case needs to be assessed based on the facts," it said. 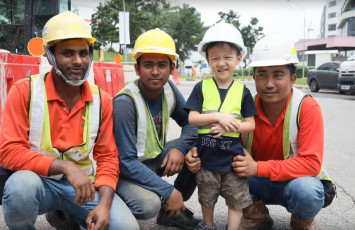 The NGO's report noted that forced labour could occur in ordinary households even when employers felt they were following the law. Examples the report gave included time restrictions on when the helpers used their mobile phones or installing surveillance cameras to monitor the workers at home.

Meanwhile, the Employment of Foreign Manpower Act "adopts very ambiguous language", she said, "so when a dispute arises, mediation outcomes then become very dependent on the discretionary powers of individual officers".

The report cited the case of a woman named Hayma. She went to Home for help last year, complaining of overwork and poor living conditions. She had no rest days, and her mobile phone, passport and work permit were kept by her employers.

Her mattress was taken away after a few months and then she was illegally made to work in the family's food establishment. Hayma went to the police for help but was not assisted because she was not physically abused. Her furious employers picked her up from the police station, and upon getting home, took her wallet and money and locked her in the house.

Archana Kotecha, Asia regional director and head of legal at Liberty Shared said she thought Hong Kong offered better labour protection to foreign domestic workers, highlighting the mandatory contract between employers and maids, a minimum wage and a recruitment fee paid to employment agencies that is capped at 10 per cent of one month's salary.

"They all set clear parameters of what rights foreign domestic workers have in Hong Kong," said Kotecha.

In Singapore, recruitment agencies are only allowed to charge a maximum of two months' salary for a two year contract but some circumvent the rule by couching the additional amount as personal debt incurred by the maid in her home country.

To improve the situation in Singapore, the report made 11 recommendations. These included extending the Employment Act to cover foreign domestic workers so working hours, notice periods and sick leave would regulated; letting helpers change employers freely; abolishing the S$5,000 security bond; and having zero recruitment fees.

Chok said a lot of the migrant workers who come to Home for help describe their experience as a bout of bad luck. "But it is not just bad luck. It is really a symptom of how flawed and dysfunctional our migration regime is, how inadequate our policy framework is that decent work and fundamental human rights have to be a gamble," she said.

"Core labour rights should not be left to the benevolence of individual employers."