An aerial view of Sentosa Cove in Singapore.

Singapore’s streets and central business district were quiet during its eight-week circuit-breaker to curb the spread of the coronavirus , but its private housing market was not snoozing entirely.

During the city state’s partial lockdown in April and May, 1,340 units changed hands – almost 40 per cent (3,391) of the level of transactions in the same time period last year.

Instead of viewing countless homes and show flats, examining finishes and nooks and crannies that might need renovation, buyers based their decisions on virtual tours and online viewings.

And the homes that changed hands didn’t come cheap. According to data from the Urban Redevelopment Authority’s Real Estate Information System (Realis) on June 18, the most expensive transaction was a 8,740 sq ft unit in a condominium called Ardmore Park in central Singapore that sold for $27.65 million (US$19.85 million) and is freehold. 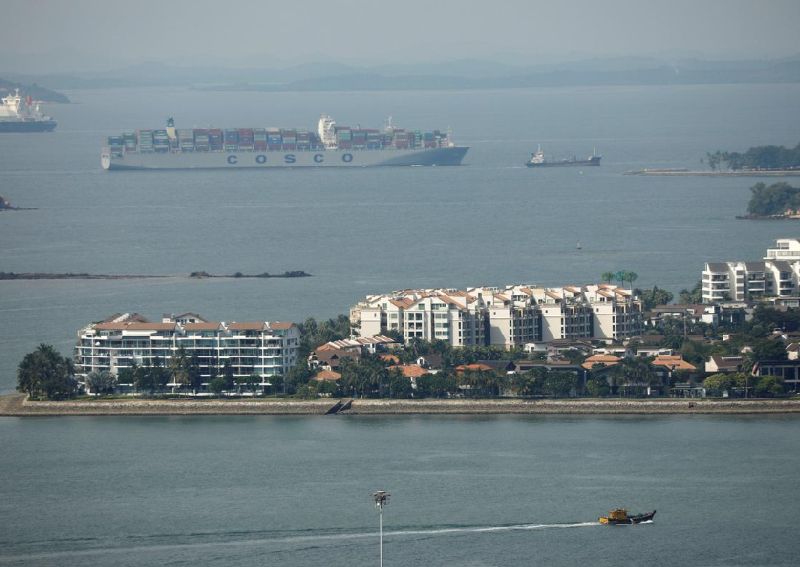 This property was in the prestigious Sentosa Cove area on the holiday island of Sentosa, the only place foreigners can buy landed property in Singapore and also the only place where landed houses are on 99-year leases.

In total, 12 homes sold for $10 million or more, 21 for between $5 million and $10 million, and 379 for less than $1 million. The more expensive units tended to be in central Singapore while those under a million were further away in the eastern or northeastern areas of the country.

Five units measuring 441 sq ft each at The Tapestry, a development in Tampines that is still under construction, sold for around $680,000.

Nicholas Mak, head of research and consultancy at ERA Realty, said it was interesting that developers continued selling units even though show flats were closed during the partial lockdown. “This indicates that there is still healthy underlying demand even during the circuit-breaker period,” he said.

The sales came despite the restrictions on movement, closure of show flats, and entry bans preventing foreign buyers from coming into the country.

Of the 1,340 units that sold in the “circuit-breaker” months, 764 were new homes bought directly from developers while the remainder were resale units.

Alvin Khoo, a senior associate district director at real estate firm OrangeTee, said buyers were more comfortable with purchasing new homes through virtual viewings than they were with resale homes.

“The main concerns of home seekers, especially for the secondary market segment, are that some still prefer to physically ‘touch and feel’ the apartment, to be able to go to the apartment to have a sense of the space and check if there is any significant wear and tear or other issues in the apartment.

As for the new homes segment, they have lesser concerns due to the fact that most developers provide a warranty period for defects,” he said.

Sales in new developments picked up in May compared to April, as buyers got used to virtual viewings and transactions. Developers sold 75 per cent more units in May than the 277 sold in April.

Read Also
'Castle' in Singapore: Inside a $63 million GCB home for sale 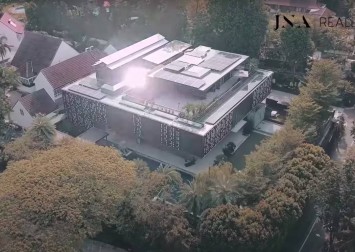 Khoo and his team sold nine of 23 units at the new development Daintree Residence in the affluent Bukit Timah area. These ranged from one-bedroom to three-bedroom units that sold from $916,000 to $2 million, he said. To move the units, the team held webinars, virtual tours and online presentations for prospective buyers.

For Khoo, the virtual viewings meant he could cut down on travel time. “In my personal opinion, we were able to conduct our business in a more effective and efficient way,” he said. But there was also a downside.

Real estate salespersons working hours were stretched as we could have appointment requests for videoconferencing from home seekers from as early as 8am to even 11pm at night.”

Thankfully for Khoo and the property market, Singapore has lifted its lockdown and prospective buyers have been able to view homes in person from June 19.

That has led to home sales rebounding, with 998 new units sold in June compared to 487 in May, according to data released by the Urban Redevelopment Authority on Wednesday. This is the highest number of new homes sold since November last year.

The market for resale units has also rebounded since the lockdown was lifted. Flash figures from real estate portal SRX Property showed that the number of condominiums and private apartments resold increased to an estimated 497 units in June, a 174.6 per cent increase from the 181 units that moved in May.

Meanwhile, according to OrangeTee & Tie Research & Consultancy, 49 new private apartments were bought by foreigners in June, compared to 14 in May and in April. This is also higher than the 33 units sold in June 2019