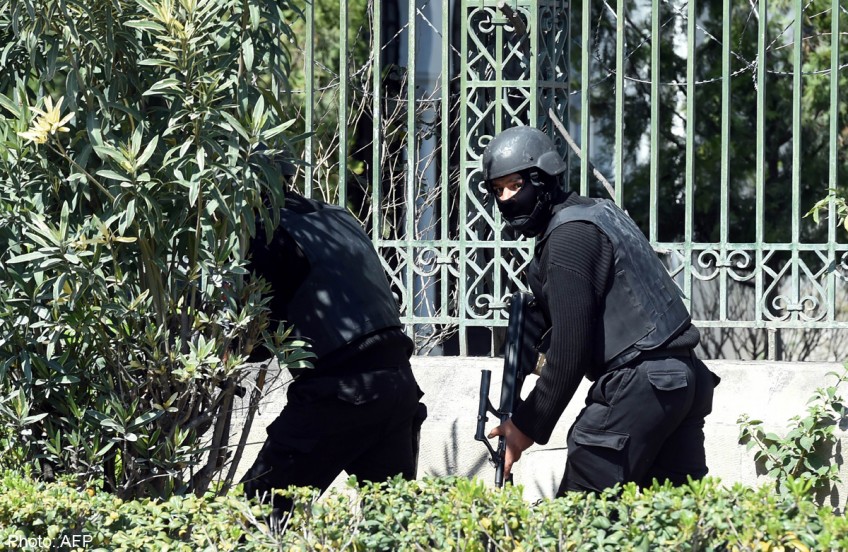 SINGAPORE - Singapore's Ministry of Foreign Affairs (MFA) has issued a response to an attack inside Tunisia's National Bardo Museum on Wednesday which left 17 foreign tourists dead.

Said MFA in a statement on Thursday: "Singapore condemns the attack on the Bardo Museum on March 18 that has resulted in the death of and injury to many people, including foreign tourists and Tunisians.

"We express our deepest condolences to the families of the victims and support the Tunisian government's efforts in swiftly bringing the perpetrators to justice."

No group has claimed the attack, which lasted about four hours and also left two Tunisians dead and more than 40 people wounded.

Tunisian Prime Minister Habib Essid has named two gunmen behind the attack as Yassine Abidi and Hatem Khachnaoui. The assailants are "probably" Tunisian, according to the interior ministry spokesman.

The authorities gave no further details about the attackers but said there could be two or three accomplices still at large.