In the western side of Singapore, within what is known as the Science Park, lies a curious “bank”. Within this negative 80 degrees Celsius storage sit 200 to 300 tubes of a “very thick milkshake” extracted by spinning about 250 grams of human stool at high speeds.

Dr Jeremy Lim, co-founder of start-up Amili which operates the bank, described it as separating the fibre in poop from the “microbes in the soup that the microbes live in”, then putting the liquid in glycerol solution.

And why is two-year-old Amili storing this? For poop transplants, explained Lim, who is also an associate professor at the Saw Swee Hock School of Public Health at the National University of Singapore.

The “milkshake” that Amili extracts is transplanted into the gut of the suitable patients using an endoscope. The good bacteria then “stick to the walls and they replicate, suppress the bad bacteria and support the good bacteria, and then the healthy balance of the microbiome is then restored”, said Lim.

Amili is a portmanteau for Asia microbiome library, and it was started so the region would have its own research and its own capability to do poop transplants. It studies the microbiome – trillions of bacteria, fungi and other microbes – living in Asia’s guts, looking for healthy donors whose poop can be distilled into the “milkshake” containing good bacteria from the gut that Lim said can save lives.

Lim said the idea started in 2014, when two of Amili’s co-founders – gastroenterologists Dr David Ong and Dr Jonathan Lee – did the first microbiome transplants in Asia on patients with Clostridium difficile, an infection caused by bad bacteria that results in severe diarrhoea and inflammation of the colon. Patients typically pick this up by touching food, surfaces, or objects contaminated with faeces from a person with the same infection.

Only two-thirds of such patients respond to conventional treatment using antibiotics. The results with transplanting microbiomes were spectacular, said Lim.

“Within 24 hours, the patients who are having diarrhoea 10 to 15 times a day – it just disappears overnight,” he said. “It was headline making, because nobody believed that poop transplants could save lives.”

Read Also
Want to improve your digestion? 3 ways to boost your gut health 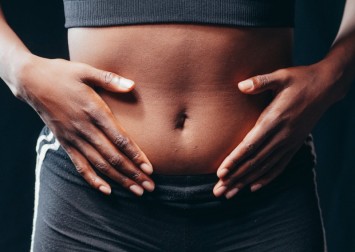 Unfortunately for these patients, the procedure did not take off in Singapore despite flourishing elsewhere in the world. So in 2019, Lim, Ong and Lee decided it was time to relook poop transplants in the region.

In the two years since, Amili has aided in 30 transplants in Asia, shipping its samples to doctors in Malaysia and Thailand . It expects to provide microbiomes for 200 to 300 transplants this year because of studies it has lined up.

And this is where it gets exciting: Poop transplants can go beyond Clostridium difficile and treat many other illnesses.

Amili is partnering with the National University Hospital to run clinical studies on using these transplants to treat children with autism spectrum disorder (ASD), and it was working with wellness and hotel group Como on using the same transplant to improve people’s metabolism.

Lim explained that there is a physical and chemical connection between the gut and the brain called the gut-brain axis. Essentially, what happens in the gut can affect the brain and there have been empirical observations that children with autism tend to have gut problems such as constipation and diarrhoea.

Lim cited studies done in the United States and China, which showed improvements in the children’s gut health and autism symptoms after such transplants. 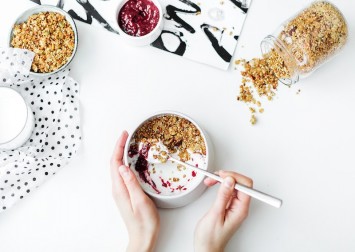 In 2019, Arizona State University published results from a study it ran on 18 children with autism that were given faecal transplant. Researchers found that the autism severity two years after the treatment was 47 per cent lower than baseline, with improvements in language, social interaction and behaviour.

At the beginning of the trial, 83 per cent had severe autism. Two years later, only 17 per cent were rated as severe; 39 per cent were in the mild to moderate range and 44 per cent of participants were below the ASD diagnostic cut-off score.

On the metabolic front, Lim cited how a mother in the US was given poop transplant from her overweight daughter to treat Clostridium difficile. She recovered from her infection but later put on weight.

“And this is actually very well documented in animal models. If you take the poop from fat mice, put them into thin mice, then thin mice put on weight,” he said.

The limitation was that healthy poop was hard to find. Of every 100 volunteer donors, roughly only two make the cut.

Amili does not take donations from those with high cholesterol or high blood pressure – because it was unclear if it would have consequences on the receiver, the same way metabolism is also transplanted – and some people also have pathogenic bacteria which are basically bad microbes.

Out of more than 1,000 poops that its researchers have studied, only about 200 have made it to the list of qualified donors. Each time, Amili taps on about a dozen donors who contribute their stool 14 times after again getting tested for their blood pressure, cholesterol levels and bad microbes.

Lim describes himself and his co-founders as “a bunch of nerdy academic doctors”, yet, Amili’s 20-odd staff has found a way to monetise the data it has collected. 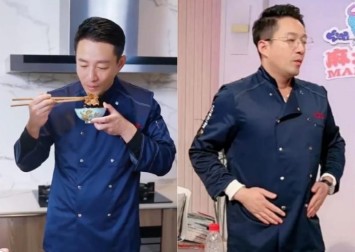 Using its database of gut profiles in Singapore and Malaysia, the company has come up with five probiotics supplements based on what Asian guts lack under the brand Bio and Me. They either improve immunity, general well-being, energy, strength or mental well-being.

Those who are a little more health conscious can pay S$228 (US$164) to send a sample of their stool to the lab for testing. Bio and Me will then look at the good and bad bacteria in the consumer’s gut, and give food recommendations – such as eating more kimchi – customised to their microbiome profile, diet, and other health information.

Since its launch at the end of March, Bio and Me has already done more than 100 gut analysis.

All the profit generated from the business arm is put back into Amili to advance its research capabilities.

“There is a mutual dependence,” said Lim. “It is much easier to market a good product, and the successful marketing and sales of a good product generate the money to continue to do good science.”

Lim, who has had the gut test done on himself, found that he has a diverse and healthy microbiome, but also some associated with bad cardiovascular health. He has since changed his diet and is on Bio and Me probiotics.

Lim reported that he is more energetic and sleeps better now.