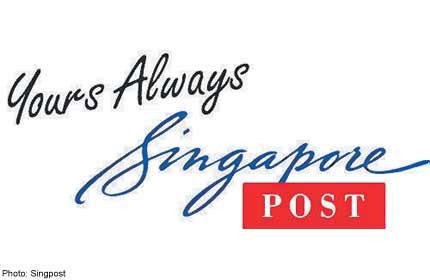 SINGAPORE - Singapore Post has been fined $10,000 after around 40,000 letters failed to arrive on time in February.

The Infocomm Development Authority (IDA) slapped the penalty on SingPost after finding that local letters were not delivered by the second working day, as its postal framework demands.

It is SingPost's largest fine and its first since stricter penalties kicked in last year in July.

In February (2013), the Infocomm Development Authority (IDA) found that 0.4 per cent of local letters were not delivered by the second working day.

Based on the 119 million letters SingPost handles yearly, 0.4 per cent a month works out to about 40,000 letters. Under IDA’s postal framework, all local letters must be delivered by the second working day.

The regulator said SingPost failed to explain what caused the delay.

Typically, a surge in mail volume can be expected during festive periods such as Chinese New Year or Christmas.

A SingPost spokesman would only say that it only fell a "fraction" short on one of the seven quality of service standards imposed by the IDA. "In the same month, SingPost met all other indicators," she added.

These include delivering 99 per cent of local letters to addresses in the Central Business District (CBD) by the next working day. For non-CBD addresses, the requirement is 98 per cent.

But consumers said they expect more. "How do you account for letters that do not arrive?" said pre-school teacher Jasmine Kaur, 28, who has been waiting for a government letter containing her new SingPass password since June.

Housewife Sakura Siow, 38, said the fine is justified as the century-old mail delivery system "should be well-oiled by now".

SingPost's compliance is determined by a sample-letter test conducted monthly by an independent third party. Before July last year, the test was done in-house.

In July last year, the IDA also upped the maximum fine by 10 times to $50,000 a month if SingPost falls short of each of the seven quality of service standards under the postal framework.

The substantial hike in the penalty was triggered by a rise in the number of complaints about lost or wrongly delivered mail.

The current volume largely comprises letters sent by companies and the Government. During its heyday in 2002 and 2003, it handled more than 181 million letters.

SingPost was last fined a total of $10,000 for failing to deliver all letters by the second working day in November and December 2011, due to an unprecedented spike in the volume of parcels.