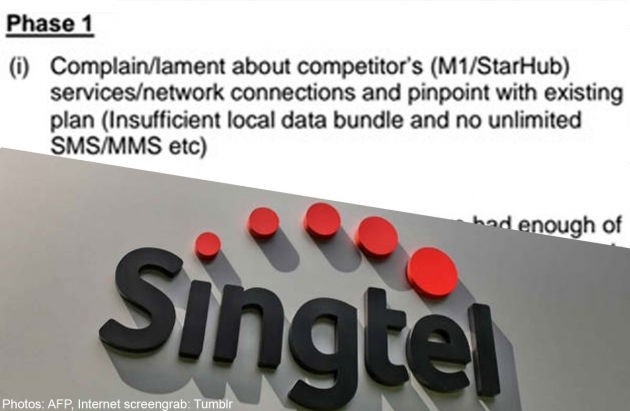 SINGAPORE - The fallout from the Singtel-Gushcloud saga continues after rival telcos M1 and StarHub indicated that they are assessing their legal options.

This follows Singtel's apology on Tuesday for its role in an exposed Gushcloud marketing campaign brief to its influencer network, which asked them to "complain/lament about competitor's (M1/Starhub) services/network connections", and ultimately promote a Singtel youth mobile plan.

The influencers, who are people with a substantial reach and following on social media platforms, would have received up to $4,000 in cash incentives, and other benefits, for successful sign-ups.

According to The Straits Times, StarHub wants Singtel to take responsibility to "retract and correct" all false and disparaging comments perpetuated by Singtel and Gushcloud's staff.

"My monthly StarHub bills exceeded again due to my excess data usage," she wrote in one tweet on June 2014.

"StarHub, who no connection once again?" Lydia Izzati said in another tweet a few days later.

"M1 is seriously getting on my nerves already," another of Gushcloud influencers, Xavier Ong complained in a Twitter post during the same period.

Mr Ong, 20, later apologised for his role in the smear campaign, as did another Gushcloud influencer, Ms Eunice Annabel Lim, 21.

"I... apologise to anyone affected for posting negative comments towards M1 (while on a SingTel campaign) and not explicitly stating or revealing that I was on a campaign with SingTel," Mr Ong wrote on his blog on Wednesday.

However, he stressed that he was not lying when he expressed his dissatisfaction with M1's the network and service.

Ms Jeannie Ong, Starhub chief marketing officer told the daily broadsheet newspaper: "We have written to Singtel on this matter and are assessing our legal options."

She continued: "Such marketing tactics are unethical we do not condone such negative campaigns."

An M1 spokesman also told The Straits Times that it noted Singtel's apology, but "will explore further action if necessary".

[[nid:162468]]
SUBSCRIBE TO OUR NEWSLETTER
Your daily good stuff - AsiaOne stories delivered straight to your inbox