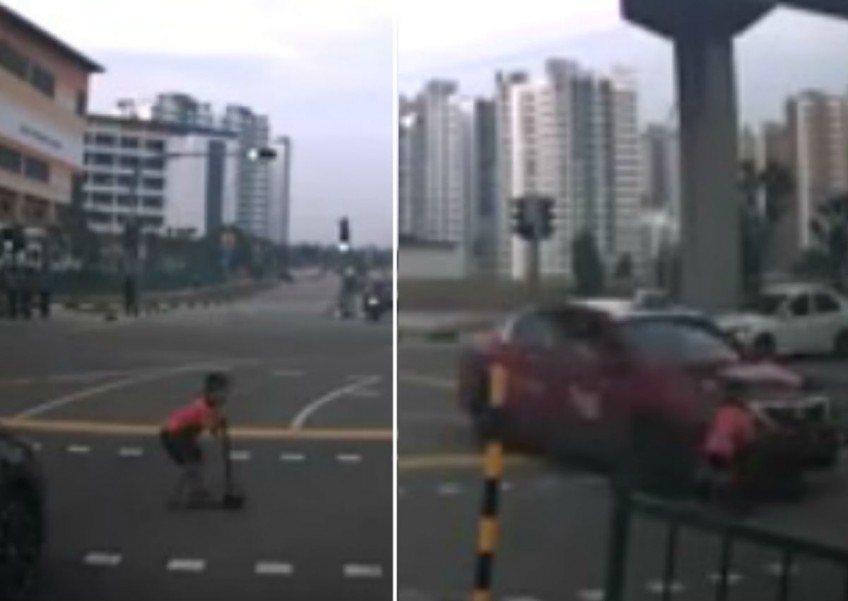 A young boy was hit by a taxi after he beat a traffic light at a pedestrian crossing in Punggol while riding his skate-scooter.

Facebook user Cheng Boon Hui uploaded a video showing how the child had whizzed across the road even though the traffic lights had just turned and were no longer in his favour.

An oncoming taxi then rammed into him and sent him flying.

According to a timestamp on the video, the incident took place on Mar 17 at about 6.30pm. The person who uploaded the video also shared it with Roads.sg. "Parents, please take care of your children when crossing the road. Never leave them unattended," he wrote.

Netizens have questioned where the boy's parents were when the accident happened and slammed them for 'parenting fail'.

One user commented, "Not the kid's fault. Not the taxi driver's fault. It's definitely both the parents fault!"