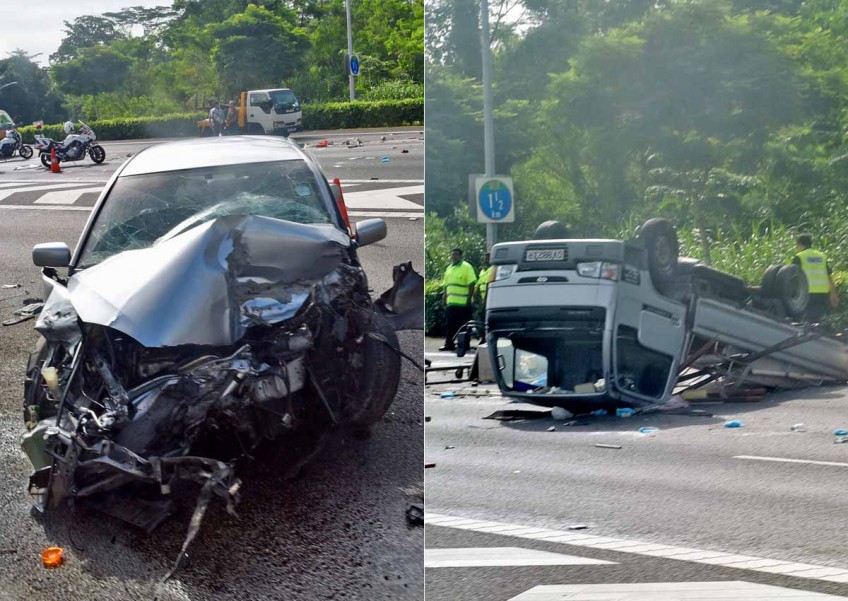 SINGAPORE - Police said on Friday (Jan 29) that a 20-year-old man was arrested for drink driving in relation to an accident that took place along the Seletar Expressway (SLE) on Tuesday.

The car crashed into the lorry's rear, causing the latter to careen across two lanes before flipping onto its side and then landing upside down.

In a video clip captured by another motorist's dashboard camera, the car's driver could be seen exiting his vehicle and fleeing the scene.

According to the police, the young man was arrested along Ang Mo Kio Avenue 9 at about 9.30am on the day of the accident.

He did not pass the Breath Evidential Analyser (BEA) test, and was believed to have driven the vehicle without a valid driving license or motor insurance.