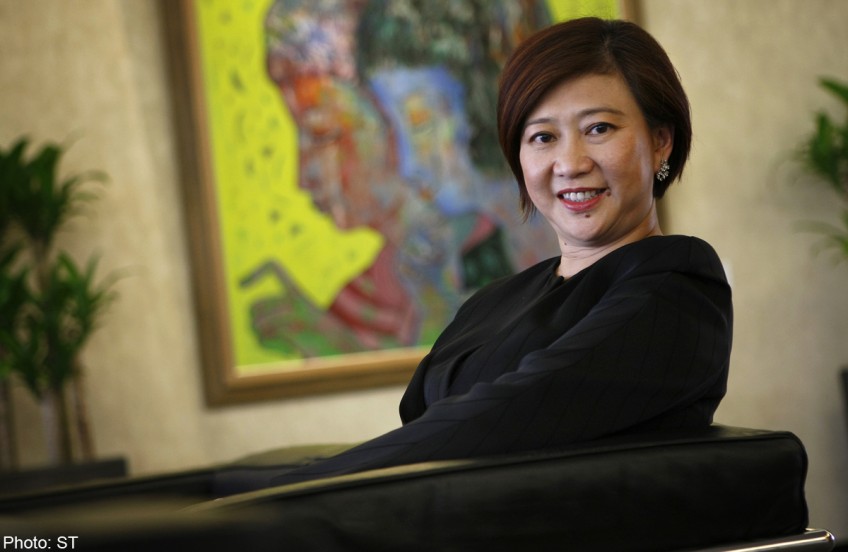 Singtel chief Chua Sock Koong apologised on Thursday for the campaign, and said the telco will reinforce its "high standards and values".

An M1 spokesman said: "We accept Singtel's apology and will not be taking further action."

The Infocomm Development Authority is still investigating whether Singtel breached the Telecom Competition Code, which is imposed on all telecommunications licensees.

Last Saturday, blogger Wendy Cheng, better known as Xiaxue, blew the whistle by posting on her website a leaked 2014 e-mail from social media agency Gushcloud that gave instructions to its bloggers on how to complain about StarHub and M1's network connections and services.

Gushcloud was employed by Singtel in June last year to manage its e-campaign to promote a youth mobile plan. The social media agency's bloggers could receive up to $4,000 in cash incentives, among other benefits, for successful sign-ups.

Ms Cheng also posted many samples of the online complaints from Gushcloud bloggers targeted at the rival telcos.

Singtel apologised for the marketing campaign on Tuesday.

The company explained that its marketing standards that forbid negative campaigns had not been followed, and that the incident was an "isolated" one.

On Thursday night, the telco posted a second apology, this time on Facebook. It was signed off by Ms Chua, who pledged that the company would reinforce its "high standards and values" internally and with its business partners.

Singtel also terminated Gushcloud's services and said the employee involved in the campaign was no longer with the company.

So far, at least two bloggers have apologised for posting negative comments in the Singtel marketing campaign, although they insisted their comments were not fabricated.

Dr Ang Peng Hwa, legal adviser at the Advertising Standards Authority of Singapore (Asas), said: "Consumers cannot be taken for granted. Fake comments or Facebook 'likes' cannot be passed off as genuine ones."

Asas is planning to roll out new guidelines for interactive advertising, such as those on social media or blog sites. These will specify that advertorials must be clearly marked as such, and discourage advertisers from buying fake Facebook "likes", said Dr Ang.

The Consumers Association of Singapore's executive director, Mr Seah Seng Choon, said advertisers should include these guidelines and the Singapore Code of Advertising Practice into their contracts with social media agencies.

Dr Adrian Yeow, a senior lecturer at SIM University, said unethical practices, including paid content not being disclosed, may have surfaced due to rising competition among social media agencies.

Dr Terence Heng, an assistant professor at the Singapore Institute of Technology, said: "The ethical values surrounding blogging or tweeting as a form of marketing are still relatively new as opposed to, say, television or print advertisements."

He is confident that a better understanding of values that underscore traditional journalism will "gather pace" after this scandal.

Mr Alvin Lim, 35, who runs a blog called Alvinology, said a lot of bloggers are very young and do not have the experience to turn down dubious requests from advertisers.

He said: "We regret the recent incidents and how it has affected the industry, our influencers and our clients... We are disappointed in ourselves for the way it turned out.

"We have started a process of auditing our practices, processes and people, to ensure that we can be a good agency and partner to our present and future clients."

Ms Cheng said: "I'm kind of surprised that it has blown up to be so big. I never expected that. I think it's very gracious of Singtel to apologise."

She said it had come as a shock to her when there was talk of legal action being considered in connection with the episode.

"Personally, I don't really want to see the bloggers get sued," said Ms Cheng. "A lot of them are very young."