An interesting thread went up on Reddit Singapore yesterday.

Titled "I am an SMRT staff and here is what is wrong", the thread begins with the writer introducing themselves as a Station Manager.

A little disappointingly, the thread is not about the breakdowns. However, it does portray SMRT as "basically a swamp filled with leeches".

In all honesty, the thread reads a bit like a rant, and we encourage you to take it with a pinch of salt. 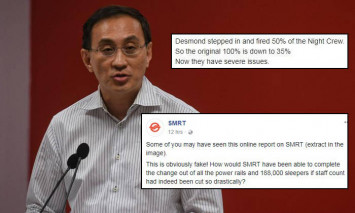 The main thread has been summarised here, but here's the original thread. [Edit: The post has since been deleted]

The Darker Side Of SMRT

The writer begins their diatribe with the Standard Operating Procedure (SOP).

SMRT problems have been worsening since the "cable tie" problem, the writer say.

But the main problem is that station staff are lazy.

"They always say "we are working on it". […] If only the people here aren't that all lazy and complacent."

Complacency from behind an "old bird" (long-term employee) sets in and so, many choose to slack off.

And while the writer does admit to work boredom, they can't tolerate that many colleagues "sleep, play games or even just lepak (loaf around)".

At one station the aircon went out [and] the Station Master did not deploy fans because [they] wanted to sleep.

One recent change at MRT stations was the stopping of EZ-link top-ups at passenger service counters (PSC).

Initially considered a move towards a cashless future, the writer reveals a darker side to the truth.

"Station staff always "borrow" money from the drawer to buy lunch/dinner/groceries [and] lie on the cash report or blame other staff."

"There was this incident where the Tanah Merah Station Master stole $20k."

SMRT Is "A Swamp Of Leeches"

Staff are not worried about punishment as it's always the "CEO and top management who get the blame."

After all, they are the ones attending conferences and whatnot.

"We are the ones who did it but we only cut bonus or [receive] "strongly worded" emails. […] Most of the time, our uncle Desmond and Khaw take the blame."

[It's] ironic because the passengers give gifts to staff who I know are lazy.

Neither do they need to worry about being fired as there is collusion with supervisors.

Even if there's proof, they will threaten to post on social media, shaming SMRT for firing a hardworking person, "even though he always cuts corners and slacks off."

"Singaporeans will accept [it] because the blue collar worker kena fired by men in white."

The SMRT is just basically a swamp filled with leeches. Top to bottom, all of them like your NSmen: lazy, chao keng, siam and arrow people.

"Actually, I also don't know [how to fix]," the writer concludes.

Colleagues suggest hiring a Japanese CEO because they "always take the blame and [we] can still enjoy our bonus."

You need to remove this people, they already got the mindset of not doing work.

"I support the idea [of hiring foreign talent], because they are at least hard working and if they don't do work, they have to leave Singapore." 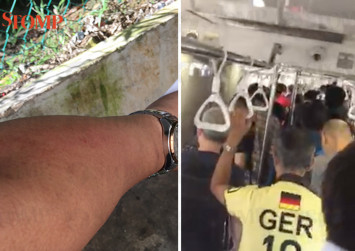 "My colleagues [get] jealous when they get awards by SMRT, but […] at least they do their work and don't go against everyone."

"I'm not saying I want foreign talent to work, but it's actually better for the train system."

What about you, do you agree with what has been shared?