Singapore is often seen as a bellwether of policy direction in Asia, offering clues on the best practices for regulating everything from cryptocurrency and healthcare to public transport.

But until recently, it was lagging behind its neighbours in one glaring aspect: allowing healthy, single women to freeze their eggs.

The island nation has for years sought to boost its dismal birth rate, which at 1.12 babies per woman last year ranked among the lowest in the world. The global average is 2.3. Authorities have used various policy levers to encourage couples to have children, including offering "Baby Bonus" cash incentives.

But the government had until now only allowed women with medical conditions - such as those who need to undergo chemotherapy - to freeze their eggs.

This puts the city state well behind other societies in the region. Malaysia, Thailand, Indonesia, South Korea, Japan and Taiwan all allow single women to freeze their eggs in a bid to prolong fertility and boost birth rates. The city of Urayasu, in Japan's Chiba prefecture, even subsidises the cost.

From next year, however, under a broad review of women's development - that includes provisions for more equal opportunities in the workplace and greater recognition of carers - Singapore's government has said it will allow single women aged 21 to 35 to freeze their eggs.

"We recognise that some women desire to preserve fertility because of their personal circumstances, for example, those who are not able to find a partner while they are younger, but wish to have the chance of conceiving if they marry later," Prime Minister Lee Hsien Loong's administration said in a white paper that was released in March and approved by parliament on April 5.

The Association of Women for Action and Research (Aware), Singapore's leading women's rights group, welcomed the move, saying the previous ban "curbed the reproductive rights of women" who already have fewer years in which they can practicably have children than men.

"Allowing social egg freezing extends these individuals' chances at parenthood that much longer. It is a positive step, and a timely one, given Singapore's low fertility rates," said Shailey Hingorani, head of research and advocacy at Aware.

Singaporean Sia Ching Sian, who had 13 of her eggs frozen in Australia seven years ago, described the change as "absolutely" the right step, even if it was a long time coming.

ALSO READ: Egg freezing is banned in Singapore, but Freedom Edge is empowering women with options

"If I had to wait [for Singapore to change the rules], my eggs would have shrivelled up and died," said the 39-year-old part-time lecturer.

Over in Malaysia, Anusha Peterson, 36, did not have to wait. The creative producer for Tiktok Southeast Asia's music department started her egg freezing journey in February last year.

"I love what I do so, of course, I did not want to rush into anything but you know, a lot of Asian parents would push for marriage because you need to have a child because 'time is running out', she told This Week in Asia.

The process for Peterson took about two months. After receiving hormonal injections, 20 of her eggs were collected in April last year for storage. The procedure cost US$5,000 (S$6000) and she also has to pay a yearly storage fee of up to US$300.

Despite the technology being around since the 1980s, egg freezing doesn't come cheap. It remains a process available only to wealthier women, especially in Southeast Asia where the average GDP per capita was just US$11,123 in 2020, according to World Bank data.

In South Korea, where women have had access to the process for more than a decade, business owner Lee Mi-young, 36, said she and her husband paid around 6 million to 7 million won (US$4,900-US$5,700) on the two occasions she had her eggs frozen.

Dr Poonkiat Punyamitr, medical director of Prime Fertility Clinic in Bangkok, said the technology to freeze eggs had been available in Thailand for about 15 years but was mostly used by women with medical issues such as ovarian cancer in the past. Now, the procedure has become increasingly popular among wealthy, urban Thai women, he said.

"Its popularity spread as women's lives have changed. They are focusing on work and less on family. So some have decided to freeze eggs for the future," he said.

Kim Chung-hoon, director of M Fertility Centre in the affluent Gangnam district of the South Korean capital, likewise noted that egg freezing had become increasingly popular - with women in the country inspired to go ahead with a procedure that high-profile celebrities such as television personality Sayuri Fujita and actress Ham So-won have also undergone.

"Most of the women who came to consult me in the past were in their forties, but the past four to five years I've seen a drastic rise in women in their 30s who want their eggs frozen," Kim said. "I see about 20 to 30 patients a month who are interested in freezing their eggs."

Read Also
Age limit for elective egg freezing should be raised from 35 to 40: Cheng Li Hui 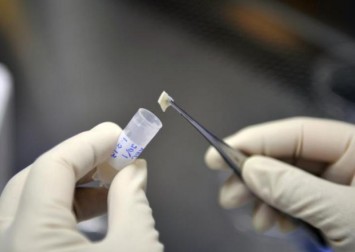 At CHA Fertility Centre, one of the biggest clinics of its type in South Korea, the number of women who underwent egg freezing rose from just 42 in 2014 to 635 in 2018, the Joongang newspaper reported.

The average age that women in South Korea marry and have their first child has also increased in recent years, with most opting to do both after the age of 30, according to the latest UN World Fertility Report.

In Malaysia, TMC Fertility Centre chief executive officer Irene Kwan said egg freezing used to be out of the reach of most Malaysian women and "not their top priority", but that was changing now more were aware of the process. Some clinics even offer women the option of paying in instalments to make the process more accessible, she said.

Not all women choose to get their eggs frozen in their home country, either. Pre-pandemic, Thai fertility clinics were used by women from across the Asia-Pacific, with some Singaporeans heading to Australia like Sia did, while others opted for Malaysia and even Spain. Kim said the foreign patients he sees include Koreans who have emigrated to the United States or Europe.

"Medical costs are five to 10 times cheaper here than in the US while accessibility to hospitals is also much better," said Kim, who worked in the US for two years. "And a handful of our clinics here are comparatively superior, or on the same level, as the top clinics anywhere else in the world in terms of the success rate of pregnancy."

While more women are undoubtedly freezing their eggs now than in the past, a question mark still hangs over how much of a dent this makes in arresting falling fertility rates if the eggs are never fertilised.

Poonkiat said less than 10 per cent of the women who use his clinic in Bangkok return for their eggs, while Kim said only about five per cent of the eggs frozen at M Fertility Centre had been fertilised so far.

Part of the reason for this is the fact that most countries in the region that allow egg freezing also stipulate that they can only be fertilised by a woman's legal spouse. In South Korea and Malaysia, this rule even applies to foreigners.

For the past two years, cohabiting couples in South Korea have been classified as married for the purposes of fertilising frozen eggs, but in Malaysia a religious edict prevents single Muslim women from even getting their eggs frozen - they must be legally married before they can do so.

When Singapore announced it would allow single women to freeze their eggs, it came with a statement from the social and family development ministry that the government "encourages parenthood within marriage". It said it did not support "planned and deliberate parenthood by singles", calling it a "lifestyle choice".

National University of Singapore sociologist Tan Ern Ser said he was not surprised by such requirements, "as it is consistent with social norms, backed up by public policy, of having children only within a legally sanctioned marriage".

The government has stood by its long-held position that the "family is the basic building block of society", in reference to heterosexual married couples - even as divorce rates have risen and LGBT families have become more visible in recent years.

ALSO READ: 'This is our body and our choice': Actress Ase Wang pushes for government to lift social egg freezing ban

"A close-knit, strong and stable family provides for the care and development of its members and is self-reliant," the social and family development ministry says in a statement on its website.

Aware, which has lobbied for years for unmarried and married women to be given equal treatment by the government, said it was disappointed by the exclusionary nature of the egg-freezing policy.

Hingorani from the group said it leaves out single women who wish to become mothers and lesbian or bisexual women in committed relationships who likewise want to be parents. "We're disappointed that the state continues to employ narrow definitions of a family nucleus, that is a married father and mother, and their children."

This same "narrow definition" is why Singaporean women like Sia said they chose to have their eggs frozen elsewhere. She said it was "pretty frustrating" to have such restrictions. Sia and her partner plan to head to Melbourne later in the year to retrieve and use the eggs she had frozen.

Poonkiat from the Bangkok fertility clinic said Thailand's government should also re-examine its regulations on egg freezing and egg donations if it wanted to boost fertility rates. The country currently only allows married women to become egg donors, and then only if they have their husband's permission.

Singapore sociologist Tan called for public policy to focus on children's welfare, regardless of parentage and method of conception.

"The fact is that it's not a crime to have a child outside wedlock, but it's not officially sanctioned, and will therefore involve certain disadvantages for the mother and child," he said.

"After all, [the child] is innocent and can't be held responsible for whatever has led to his or her landing on planet Earth."