Some want sex offenders registry when preying does not stop 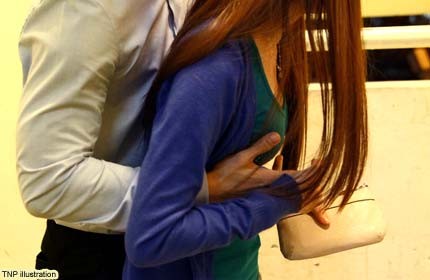 SINGAPORE - He was dubbed the Clementi monster, a young man with a penchant for sexual violence.

Groping his victims was not enough of a thrill. He needed to entrap, humiliate and hurt them as well. In 1998, then 16 years old, he was convicted of four counts of aggravated outrage of modesty after he stripped and molested female classmates.

He was sent to the Singapore Boys' Home, but after he breached home discipline, was transferred to a Reformative Training Centre (RTC).

Time in an RTC did not cure him.

Weeks after his release in 2004, he went on the prowl again, just minutes from where he lived. Between 2004 and 2005, Sashi Kumar Pubalasingam savagely attacked three women, including one who was then 67.

Psychiatrist Adrian Wang said that such perpetrators usually have anti-social or sociopathic traits. They are unable to feel remorse and empathy for their actions.

He added: "Combined with poor impulse control and aggressive tendencies, these people could invoke violence on others - both physically and sexually. Some do so out of sheer self-gratification or the mere thrill of seeing another person suffer."

Over the years, a number of sexually violent criminals have been locked up, only for some of them to re-offend after their release.

Dr Wang said that such individuals can be dealt with by combining deterrence with firm counselling.

He said: "This deterrence may involve jail or some other form of incarceration to make them see the consequence of their actions."

In prison, sex offenders are assessed and categorised into low risk, moderate risk and high risk. Only those in the latter two groups go through a rehabilitation programme while in prison.

Prisoners are assessed based on factors such as their likelihood of re-offending, their sexual habits, their attitudes towards sex offences and their history.

Ms Tin Pei Ling, who is a member of the Government Parliamentary Committee for Home Affairs and Law, said that a sex offenders registry could be one way of addressing the problem of re-offending.

But she stressed that it should only be made available to the relevant authorities and not to the general public.

She added: "Sex offenders should be included in this registry after they are released. They (must also) go through regular counselling sessions... as repeat offenders often have underlying psychological conditions. This is also done to ensure that they are coping well."

Criminal lawyer Rajan Supramaniam, from Hilborne & Co, is against the idea of a sex offenders registry.

The former senior prison officer said that it could create a stigma for former offenders and counter the aim of the Yellow Ribbon Project, which aims to promote the acceptance of ex-offenders.

Mr Supramaniam felt that former offenders could be helped with proper rehabilitation and psychiatric treatment.

He said: "His family members and perhaps, social workers could work together to help the former offender."

A primary school teacher, who only wanted to be known as Madam Tan, 40, felt that a sex offenders registry should not only be created, it must also be made available online for the public.

Said the mother of a 12-year-old girl: "I work with children and there have been cases of people targeting them. These cases break my heart. As a mother, I also want to know who my neighbours are so I can keep a closer eye on both my child and the former offender. Better to be safe than sorry."

But can you spot somebody who harbours such sadistic fantasies in the first place? And can you do something to prevent him from acting out those fantasies?

For one, family members can monitor the person's Internet usage, especially if it relates to sexual violence.

Dr Lee said:"A possible warning sign is when a loved one spends a lot of time and effort visiting sites showing perverse sexual acts and violence.

"Sometimes, this can be revealed by checking the history of a family member's Internet usage or the keywords he has used on search engines."

"He can then be sent for counselling and it can help if he wants to get well," he said.

But a problem arises when a person does not want to get well. This can then put the family in a very difficult position.

"To protect this person, and possibly, the others around him, he could be taken to the Institute of Mental Health to be evaluated and treated in a medical environment," said Dr Lee.

Also known as the Yishun Terror, he molested three boys, two girls, a 40-year-old woman and exposed himself to six others when only 16.After completing two years in a Reformative Training Centre, he forced two girls to perform oral sex on him. In 2002, he was jailed 18 years and caned 12 strokes.

For 16 months, he trailed girls as young as nine into lifts, threatened them with a penknife and forced them to secluded spots, where he sexually assaulted them. In 2009, Huang, then 22, paid the price for his crime spree around his Tampines neighbourhood between April 2007 and July 2008. He was sentenced to 32 years' jail and 24 strokes of the cane.