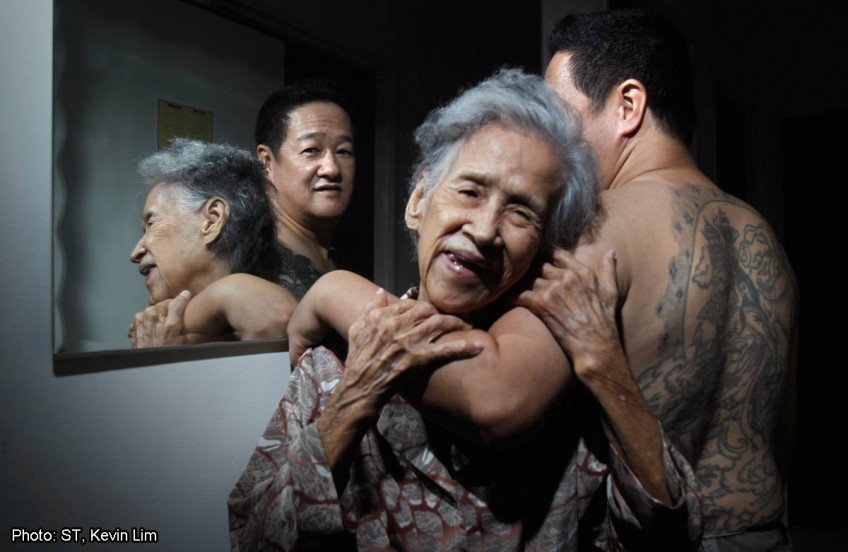 SINGAPORE - Three of Singapore Press Holdings' newspapers - The Straits Times, The New Paper and The Business Times - have received Award for Excellence accolades at the 36th edition of the 'Best of Newspaper Design' competition organised by the Society for News Design.

The Straits Times picked up two Award for Excellence accolades. It won in the category of "Photography/Multiple Photos Photo page or spread" for its feature "Survival of the Fittest", which looked at the behind-the-scenes training of the Republic of Singapore Navy's diving unit.

Its photojournalists Alphonsus Chern and Caroline Chia had spent five months embedded among the trainees in their quest to be qualified naval divers.

Another ST photojournalist Kevin Lim picked up the award in the category of "Photography/Single Photos Portrait". Titled "She loves me like a rock", it profiled a former drug addict and how his mother's love and devotion helped him kicked his drug habit, and subsequently made him turn over a new leaf.

The New Paper won in the category of "Feature design pages - Travel/Compact 50,000-174,999 copies)" for its infographic "Ola Brasil!" Created by Infographics journalist Billy Ker last year when Brazil hosted the World Cup, it listed down fun and interesting facts and trivia about the country in the form and colours of the Brazilian national flag.

Financial daily The Business Times won in the category of "Redesigns Overall - newspaper" for its redesign of the newspaper when it was relaunched in October last year.

This major refresh of the print edition coincided with a new look adopted for its website as well as its mobile apps on tablets and smartphones to provide readers with a better reading experience and a more enjoyable interaction with the paper. Led by Senior Executive Sub-Editor Michelle Low, the project team consisted of Gareth Chung, Senior Executive Graphics Journalist and Ludwig Ilio, Graphics Journalist.

The 'Best of Newspaper Design' competition invites entries from all magazines and general circulation newspapers - daily or non-daily, broadsheet or tabloid, traditional or alternative - published anywhere in the world, as well as syndicates and cooperatives providing material used in newspapers.

The Society for News Design (SND) is an international organisation for news media professionals and visual communicators - specifically those who create print/web/mobile publications and products. Founded in 1979, it is a US-registered non-profit organisation with around 1,500 members worldwide.

The Award of Excellence is given out for "truly excellent work, going beyond mere technical or aesthetic competency. It honours outstanding entries for such things as being daring and innovative."

Mr Patrick Daniel, Editor-in-Chief, English/Malay/Tamil Media group, said: "These international awards once again prove that we have the creative talent in our newsrooms who can hold their own against their peers in the area of newspaper design, infographics and photojournalism. We are extremely proud of the winners in this year's Best of Newspaper Design competition."