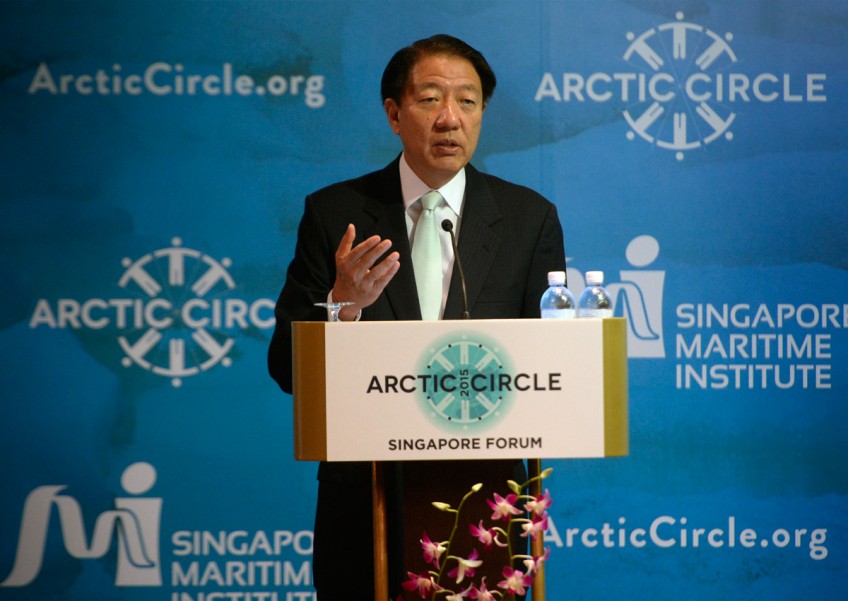 Deputy Prime Minister Teo Chee Hean said Singapore may need to review its own position on climate change if a successful agreement is not achieved at the UN climate summit next month.
The Straits Times

He added, however, that Singapore may need to review its own position on climate change if a successful agreement is not achieved.

He was speaking ahead of the 21st Conference of the Parties (COP21), which will be held from Nov 30 to Dec 11 in Paris.

DPM Teo, who is also the chairman of the Inter-Ministerial Committee on Climate Change, said: "We want to have an agreement that is legally binding, so there are obligations on all countries.

"This is a long-term agreement, where we are looking at climate-friendly actions to be taken by all countries and that will go on to 2100."

He was speaking on the sidelines of the National Climate Change Competition, at which he was giving out prizes for winning short films on global warming.

COP21 aims to achieve the first-ever global agreement on climate that will limit global warming to no more than 2 deg C above pre-industrial levels.

The existing Kyoto Protocol governs only emissions from developed countries.

The Singapore delegation to COP21 will be led by Foreign Minister Vivian Balakrishnan and Environment and Water Resources Minister Masagos Zulkifli.

DPM Teo said that Singapore had "played a facilitative role" in the climate negotiations over the past few years.

He stressed that Singapore is committed to reducing its emissions intensity, which is currently among the lowest 20 per cent in the world, by 36 per cent from 2005 levels in the next 15 years.

Peaking carbon emissions by 2030 would be difficult for Singapore, he said, as alternative energy options here are limited, leaving it reliant on fossil fuels.

He added, however: "We will have to review our position if an agreement cannot be arrived at."

Although some measures, such as using more energy-saving appliances, would not cost much to implement, others "need to be done in tandem with other countries".

These, he said, include incentivising industries and building owners to reduce energy consumption and increase their carbon efficiency.

"We may need to overcome the initial investment needed to do this... to get them to do certain things which may go beyond what they are prepared to do on their own.

"But it only makes sense... if everybody in the world does the same thing," he said.