S'pore gets its first taste of deflation in five years 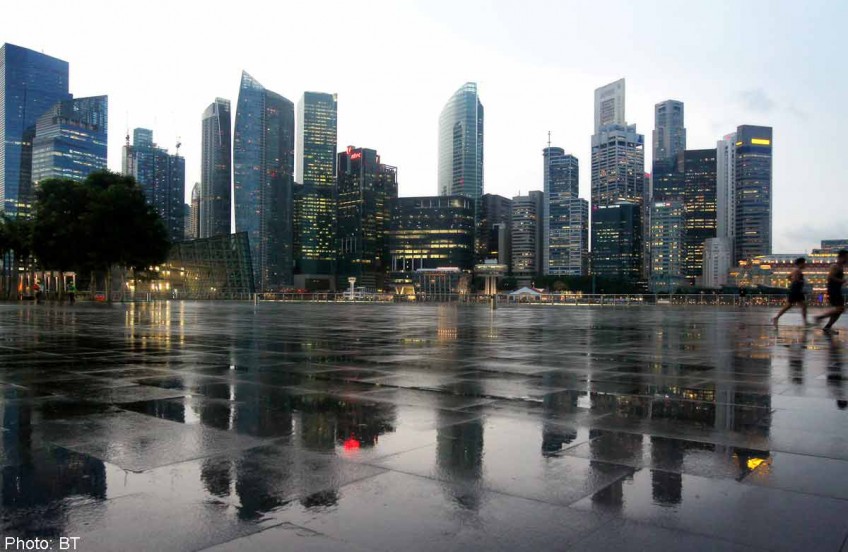 The effect - also known as deflation - occurs when prices in one month decline over the same period a year earlier.

In this case, consumer prices fell 0.3 per cent last month over November 2013, mainly due to fluctuations in certificate of entitlement (COE) premiums and cheaper crude oil.

Benchmark Brent crude has dropped from about US$70 a barrel at the end of last month to US$60 now, so even deeper deflation may occur this month.

Deflation has become a grave concern for economies around the world. Apart from higher supply, the drop in crude oil prices is a also the product of slowing growth.

The gloomy outlook could translate to even less economic momentum as consumers and businesses grow more cautious.

While deflation points to deeper structural issues for economies like Japan and Europe, economists say that Singapore has less to worry about as its economy is not suffering from a chronic lack of demand.

"Lower prices were a result of administrative measures designed to curb excess consumer leverage in the purchase of houses and cars, and not due to a lack of demand," said UOB economist Francis Tan.

Private road transport costs fell 7 per cent in November over the same month last year, while accommodation costs declined 1.2 per cent amid a softening rental market.

However, food inflation jumped 2.9 per cent, driven by price increases in non-cooked items and prepared meals.

Domestic food inflation could remain elevated in the near term, said the Monetary Authority of Singapore (MAS) and Ministry of Trade and Industry (MTI) in a joint statement yesterday.

They reiterated that firms, particularly those in the service sector, are likely to continue passing on high wage costs to consumers amid the tight labour market.

This was borne out in last month's core inflation figure - seen as a better measure of everyday out-of-pocket costs - which came in at 1.5 per cent.

The measure, which excludes the costs of accommodation and private road transport, is expected to average 2 per cent to 2.5 per cent this year. This is higher than the 1 per cent to 1.5 per cent forecast for headline inflation.

"In the midst of high labour costs as well as high industrial and commercial rental costs, any cost savings from lower oil prices will likely be used to defray the high unit labour cost and other operating costs, instead of being translated into lower prices for consumer goods and services."

The MAS and MTI reiterated their forecasts for headline inflation as coming in at between 0.5 per cent and 1.5 per cent next year, but cautioned yesterday that the reading could come in slightly lower "should global oil prices be sustained at current low levels".

Core inflation is likely to "stay firm" and average 2 per cent to 3 per cent next year, according to official forecasts.

This article was first published on Dec 24, 2014.
Get a copy of The Straits Times or go to straitstimes.com for more stories.