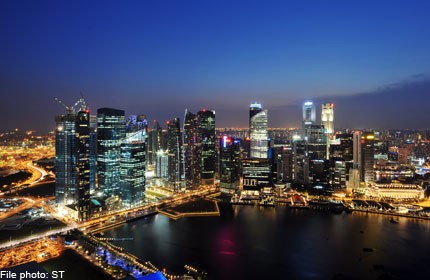 SINGAPORE - Singapore has emerged as the holiday destination in Asia that tourists from China most want to visit in the next 12 months, edging out Hong Kong and Taiwan, according to a survey report released yesterday.

This could be due to Singapore's reputation as a safe country, as 43 per cent of respondents in the study by travel-booking site Hotels.com cited safety as the most important factor influencing their destination choice.

Other factors are the availability of historical and heritage sites (39 per cent) and whether the destination is "value-for-money" (30 per cent), said the report, titled The Chinese International Travel Monitor.

The report surveyed more than 3,000 Chinese travellers and more than 1,500 hoteliers around the world.

Worldwide, Singapore is the sixth destination that Chinese tourists want to visit the most in the next 12 months. The top five countries are Australia, France, New Zealand, the United States and Switzerland.

Singapore's popularity among Chinese travellers has not changed much from last year, when actual bookings on Hotels. com placed the country as the fifth most-popular destination, the report said.

Holidaymakers from the Asian giant overtook the US and Germany to become the largest source of tourists, as well as the biggest spenders on international travel, last year, according to figures from the United Nations World Tourism Organisation.

In the Hotels.com report, 75 per cent of hoteliers globally said Chinese travellers now account for up to 5 per cent of their business, and 45 per cent said they have experienced an increase in Chinese guests last year.

There has also been a change in the behaviour of Chinese tourists, the report noted. Nearly two thirds (62 per cent) polled said they want to travel independently, which corresponded with what the hoteliers surveyed have seen.

Just as countries around the world adapted to welcome Japanese tourists in decades past, the report saw a need to make shifts towards welcoming Chinese visitors by catering to their needs.

Chinese travellers surveyed said that hoteliers still lag in the ability to accept Chinese payment methods, as well as in the provision of information in Chinese, such as welcome literature, websites, TV programmes and newspapers.

Almost half (42 per cent) said that they would like more Mandarin- speaking staff in hotels.

"These insights...show the need for the global hotel industry to adapt facilities and services to more extensively cater to the world's largest market of travellers," said Mr Johan Svanstrom, managing director of Hotels.com Asia Pacific.