S'pore will respond to Malaysia's new car levy in due course: MOT 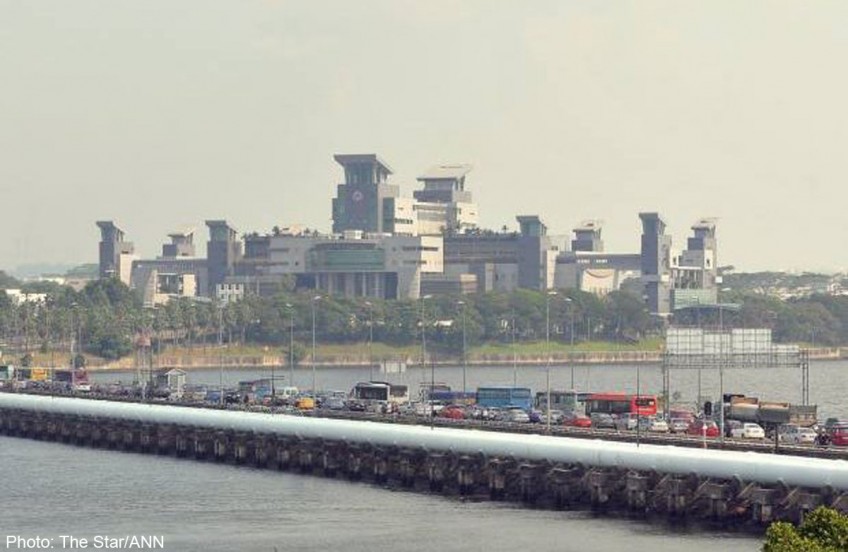 SINGAPORE - In response to Malaysia's plan to charge all foreign-registered vehicles entering Malaysia from Singapore a RM20 ($7.60) vehicle-entry-permit (VEP) fee from the middle of next year, the Singapore Ministry of Transport (MOT) has said that it is studying the new levy and will respond "in due course".

An MOT spokesman noted "amongst other things that (the levy) will not be uniformly applied at all of Malaysia's land borders".

Malaysia's New Straits Times reported on Saturday that Malaysia will be implementing the VEP for foreign-registered vehicles entering the country via Johor from the middle of next year.

Malaysia Deputy Transport Minister Datuk Abdul Aziz Kaprawi said the move was in-line with an announcement in July by Prime Minister Datuk Seri Najib Razak on the implementation of the VEP.

He had said that Malaysia had planned to implement the VEP in January, but postponed the scheme "as there are detailed preparations to be done, including the installation of special devices at the two entry-points in the state".

A round trip to Malaysia using the Causeway now costs about $13.10 - more than five times the cost before revisions by the two sides on Oct 1, reported The Straits Times.

Singapore now charges $35 VEP a day for four-wheel vehicles and $4 daily for motorcycles except on weekends and Singapore public holidays. Traffic between both countries through the Causeway and Second Link is estimated at 400,000 crossings both ways daily, the Business Times said in an online report.