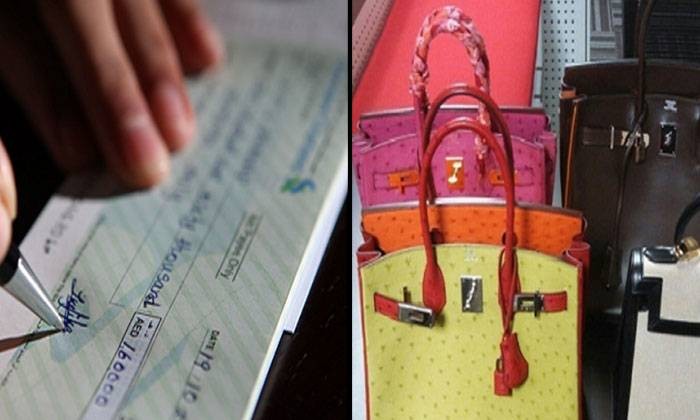 A Singaporean man, Kelvin Ang Soon Lim, was charged with forging two cheques amounting to $640,000 under his ex-wife's name and stealing three of her branded handbags.

The 40-year-old suspect reportedly committed the acts to pay back debts he owed to loansharks after having lost a large sum from gambling, reports World of Buzz.

After paying off his debts, Ang spent the remaining $260,000 on a Chinese girlfriend.

The cheques were forged back in Dec 2013, when Ang and his ex-wife, Li Xiangli were living together, but in separate rooms after their divorce.

Ang surreptitiously duplicated keys to her room and sneaked in while she was away in China visiting relatives.

He then stole her chequebook and wrote the two cheques to be cashed at the bank in her absence.

After returning from China, Li discovered the forgery when she visited the bank.

She confronted Ang, having recognised his handwriting on the cheques.

Ang confessed to the deed, saying that he had copied her signature from telco bills.

Despite her ex-husband's wrongdoings. Li chose not to press charges, out of concern for their young child and Ang's mother, who returned $472,000 to her.

This time, Li decided to lodge a police report, and Ang was arrested.

Ang was subsequently charged in court and sentenced to four years in jail after pleading guilty to charges of forgery and theft.