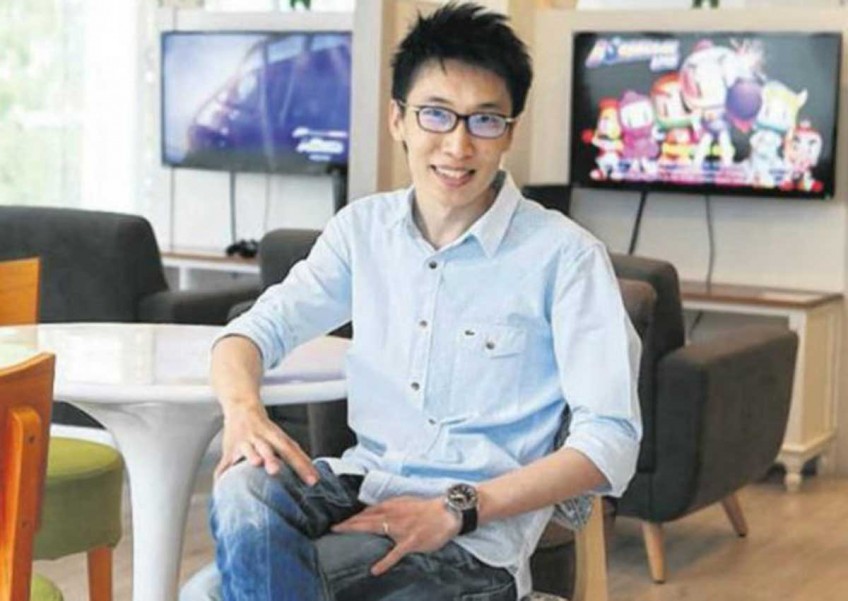 "I was in New Zealand for holiday when I was chased by the restaurant waitress. [I had to] go elsewhere to watch the video on my mobile phone, even though the restaurant was relatively empty." - Jonathan Ye, founder of Coffeemin.

Coffeemin is Singapore and Asia's first and only time cafe, the name an amalgamation of coffee and minutes.

Instead of by drinks, customers are charged for time spent - $6 for the first hour, and $1 for every subsequent 10 minutes. Everything else is free and so the place makes for an attractive hideout.

The cafe is a "home away from home", where long tables form dining areas, and sofas create living areas with flat-screen TVs.

Coffeemin also has a kitchen with cups and free-flow Arabica coffee and nostalgic biscuit snacks. If you like, you can even bring your own food in.

A concept novel in Singapore and Asia, the Coffeemin brand was introduced by one Jonathan Ye.

Being Chased From A Cafe

Ye was in sitting in a New Zealand cafe watching videos on his phone when he found himself being shooed away by the waitress. From this experience, he realised that the culture in Singapore - hogging cafe seats with a single drink - is frowned upon overseas.

"Western culture accepts paying for services such as time […] and staff clear the table the moment we finished, so as to pressure customers to continue spending or leave."

In places like Russia and London, time cafes are already established concepts, and it was the Russian 'Ziferblat' (clock face) that inspired Coffeemin.

"I decided to bring the [concept] to the city. People could have a home away from home, with the freedom to just pay for the time they spend there."

In addition, a time cafe concept would also rectify seat hogging problems. However, introducing it was easier said than done.

"My friends and family were initially confused by it, and they did not believe it would be accepted here."

Nevertheless, he managed to rope in 10 friends.

Together, they invested $250,000 and brought Coffeemin to life, all within 2 months.

Home Away From Home

The concept, renovation, theme and brandi ng were all done by Ye. The goal is to create a space where customers could have a coffee minute and socialise with friends.

To create coziness, the cafe design and furniture are deliberately mismatched, emulating how homes change as furniture is gradually added.

"The intention is so customers can visualise this as something they actually see at home. This would make it comfortable for them to stay longer."

"Patrons are free to do whatever they want whenever, like play games, read magazines, chill with their snacks and drinks," he explained.

Given the local track record of space-hogging, customers exploiting the amenities is something to be expected.

However, Ye is not worried. He and the staff take care to emphasise to customers that "everyone plays a part in maintaining their 'home'."

"We hope for people to take ownership, interact with each other and rotate around (the games)."

After Coffeemin's launch, Ye reveals other competitors also introduced their own time cafes. (By 2016 however, his competitors have shut down.)

"We were making losses the first 14 months and morale was low, but we finally reached a critical number. Now we have many returning customers who bring their friends over," Ye reveals.

Coffeemin managed to beat the odds in 3 ways.

First, they maintain low prices so as to prevent competitors from entering the scene.

Second, they reiterate to customers the importance of taking care of the place like their own home.

Finally, Ye is also co-founder of Lockdown SG and V-room, and he locates Coffeemin near their outlets to get better bargains with rents.

As a coworking space, Coffeemin sees its fair share of individuals setting up booths to sell iPhones or hold video conferences.

With their eclectic and cosy ambience, they are also a hotspot for events. These range from birthdays to wedding solemnisations and photoshoots for social media influencers and Kpop groups.

But so far, the most interesting one has been the Japanese butler cosplay event, Ye remarks.

For their future direction, Ye shares that they plan to open outlets in the East and West, although he did not reveal where exactly they would be.

The eventual goal is to eventually launch a membership programme.

"Similar to gym memberships, our Coffeeminions will be able to visit any of our cafes and just relax!"