S'pore's future: Be flexible or be first? 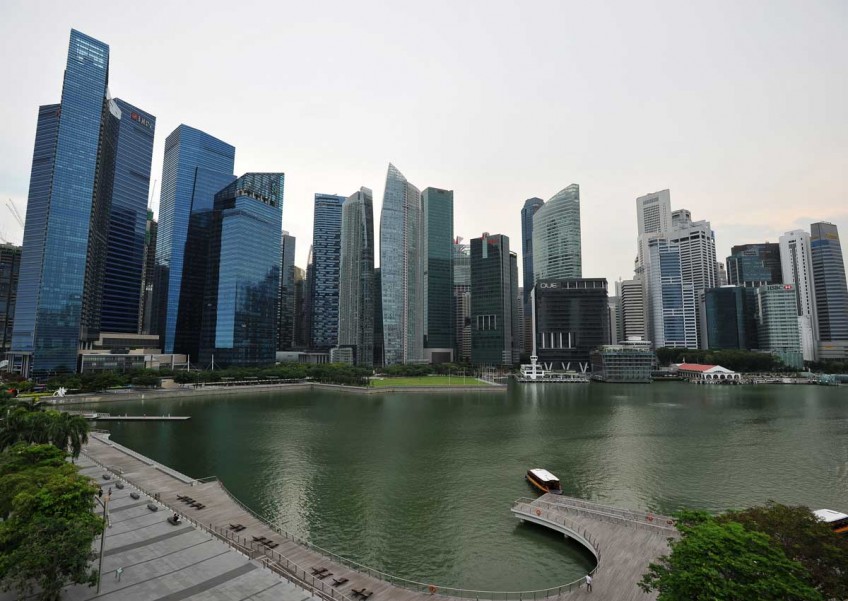 A Changi General Hospital nurse collecting documents delivered by robots called Hospi. Mr Iswaran says the Government's role is to find the right intersect between important initiatives and sectors that are "most ripe for activity", and optimise resources by training its sights there. Precision engineering could be a good bet.
The Straits Times

The Tyrannosaurus rex (T-rex) was a well-muscled predator with large teeth, but it is extinct today. In contrast, the little cockroach is still around.

Economist Sanjeev Sanyal made this comparison at a conference yesterday to make the point that being nimble might be better for Singapore than always staying ahead.

"It is the cockroach you should be following, not the T-rex," he said. "Your historical strength is flexibility, not innovation. It's okay not to be the first guy to do something."

He was among industry experts and academics who spoke on the second day of a conference on the future economy by the Institute of Policy Studies and the Committee on the Future Economy (CFE) attended by some 500 participants.

Going against the tide of calls for urgent innovation, Mr Sanyal said Singapore ought instead to build up "second-mover advantage".

Because of its size and constraints, it should hold back on locking in new technology until others have tested it successfully, then take it and do it better. He said: "Picking winners in a state of radical uncertainty is not an option."

Other speakers disagreed with him. Said Ms Janet Ang, Asia-Pacific vice-president of US tech giant IBM: "When you see it, you jump on it. That's what leadership is about. Innovate early, fail fast - nothing is a complete success all the time."

Since the CFE began work on charting strategies for Singapore's next phase of growth this year, some economists and industry players have warned that the policy of "picking winners", or focusing support on selected clusters for economic growth, could drive out other firms and work against the push to create an innovation ecosystem.

"Business models are changing very fast," said Mr Iswaran, who co-chairs the CFE. "So governments are not in the position to identify specific areas of shifts and movements."

Instead, the role of the Government is to find the right intersect between important initiatives and sectors that are "most ripe for activity", and optimise resources by training its sights there, he added.

"We would agree, for example, that robotics is important, but robotics in what space?" he asked. Precision engineering could be a good bet, going by the depth of Singapore's expertise over the decades.

"I wouldn't call that picking a winner, I would call that optimising a strategy," he said. "I have limited resources and I want to develop the capability of the economy... I want to do it in an area where I know there is a strong private sector motivation and interest already."

Speakers yesterday discussed how technology is shaping future employment, ramping up productivity through innovation but cutting other jobs through automation.

It has never been easier for small firms to thrive, Google vice-president of product management Caesar Sengupta said.

"The Internet disproportionately helps smaller companies, because it helps them target their users better, it helps them reach users very far away from themselves," he said.

"SMEs don't need to change their business to adopt digital. They just need to think about how to use the digital technologies to take their services and grow across the region."

Mr Iswaran agreed: "The thinking has been if you have a small domestic market, you have to internationalise. This has always been a constraint for us. But now, because of all the digital connectivity, businesses literally can be more global."

Even as policies can change, people need to embrace entrepreneurship and take ownership of their future, she said: "Be accountable for crafting your career over your lifetime."