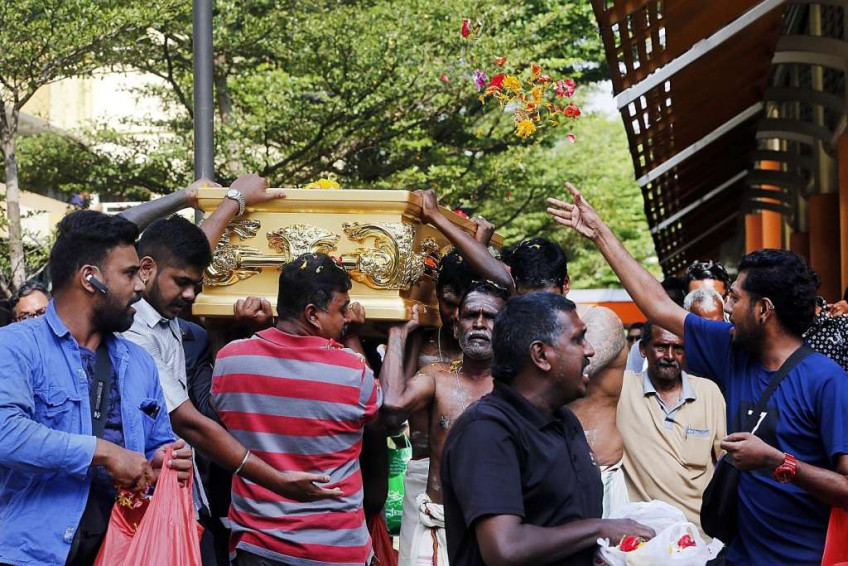 Mr Satheesh Kumar Manogaran, who was stabbed to death at entertainment complex St James Power Station last Sunday, was generous towards friends and had just landed a new job, said his relatives and friends.

Mr Mike Mohan, whose son-in- law is the victim's brother, said Mr Satheesh Kumar had secured the job after an interview last week, though he had no further details on the post.

Mr Mohan added that Mr Satheesh Kumar had helped his parents manage the household after his two younger siblings married and moved out.

"His parents had high hopes for him," said Mr Mohan at a wake yesterday at Mr Satheesh Kumar's home in Teban Gardens.

Other friends and relatives, who numbered more than 50, were at the wake organised by Anbe Sivam Casket, but were too distraught to talk.

It is understood that they rushed back from a trip in Malaysia to claim his body, which was taken to Mandai Crematorium yesterday.

Mr Satheesh Kumar's friends have been posting eulogies online since his death.

In one Facebook video, Mr Satheesh Kumar could be seen helping to prepare for Thaipusam festivities outside an unidentified temple.

"May your soul rest in place, my brother Satheesh," said the user who uploaded the video, who went by the name Johnny Xfusion.

A self-employed man, who declined to be named, told The Straits Times that he knew Mr Satheesh Kumar from their national service days.

"If I'm not wrong, he had additional sources of income during that time and would buy food and drinks for his camp mates," said the 34-year-old, who described Mr Satheesh Kumar as generous.

"When we wanted to have fun, we would go out for food or drinks, and he would often fork out more than others for the bill."

Five suspects have been arrested in connection with the case so far, and police investigations are ongoing.