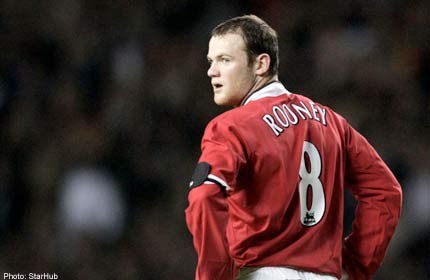 SINGAPORE - The row over English football broadcasts continues to rumble, as pay-TV rivals StarHub and SingTel hurled accusations at each other on Monday.

The English Premier League (EPL) season begins on Saturday, but StarHub hinted that some of its subscribers may not be able to tune in because SingTel has been late in processing orders.

SingTel then insisted it has kept to its deadline.

Since SingTel lost its appeal on having to share its exclusive EPL broadcasting rights with StarHub under the Media Development Authority's (MDA) cross-carriage rule last month, the two telcos have been engaged in a fight over subscribers.

Each has been offering football TV packages which they claim is the better deal.

StarHub set off a new exchange when it issued a media statement saying that as of 5pm on Monday, it had not received any EPL orders from SingTel.

Football fans who want to catch the matches on StarHub's platform must put in an order and make payment with SingTel.

"We have not received any cross-carriage provisioning order from our competitor even though it commenced sales on Aug 1 - despite reminders and its legal obligations," said StarHub's head of home solutions, Ms Lin Shu Fen.

SingTel is required by the MDA to provide access to the EPL channels within five working days of a customer placing an order - regardless of platform.

So, for a customer to be guaranteed EPL access on Saturday, the latest date to place an order was yesterday. Ms Lin urged SingTel to send over all the orders "without any further delay".

Two hours later, SingTel rejected the accusation, saying yesterday was the "agreed" deadline for sending the first batch of orders, and it had done so just after StarHub's statement.

"These are our customers too," said a SingTel spokesman. "We hope that StarHub will also fulfil its responsibility to ensure that the cross-carried content is activated in time for the first match on Saturday."

At 10pm, StarHub replied: "There was no such agreement.

"We hope that in the spirit of good sportsmanship, it will not let any customer down, even if the customer chooses to watch on StarHub's platform."

Despite the drama, analyst Clement Teo of research firm Forrester said: "SingTel would not risk damaging its reputation to delay cross carriage. Besides, MDA would take action if anyone breaches its rule."

The financial penalty is a fine of up to $1 million.