The funeral procession starts at 12.30pm and members of the public are invited to line the route. Big crowds are expected nearer Parliament and in town. 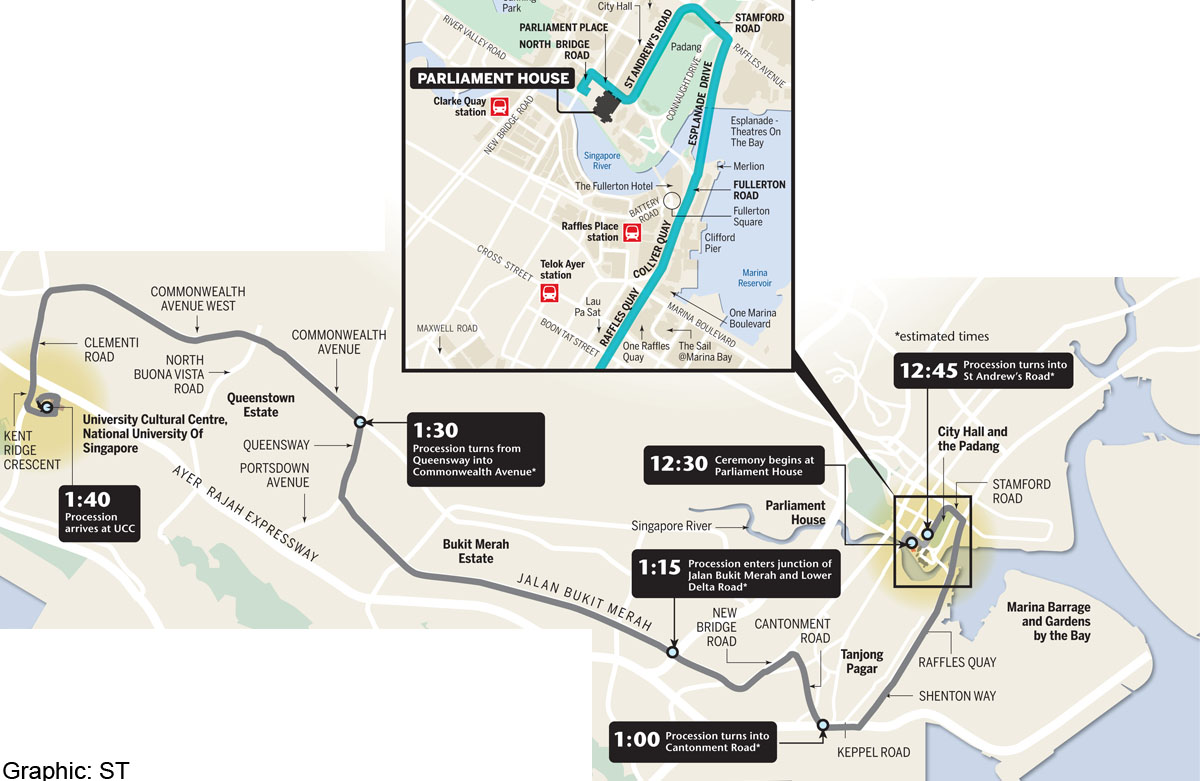 ■ Those who want a clearer view of the procession should stand on the left side of the road along the route.

■ There are five CCs close to the procession route for those who want to line the route and also catch the funeral immediately after. 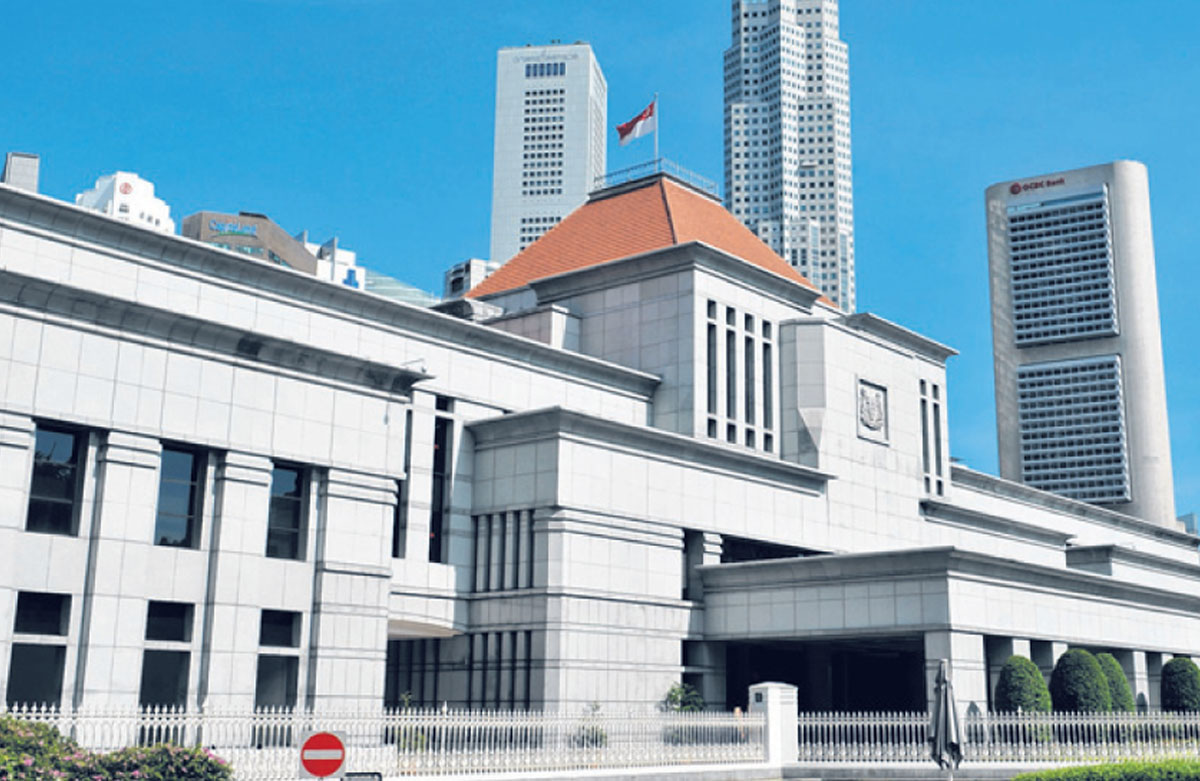 The Singapore Armed Forces band and four guard-of-honour contingents from the SAF and police will be assembled for the start of the state funeral procession.

When the procession begins, a fleet of 10 bumboats berthed near Elgin Bridge will sound three prolonged horn blasts of 10 seconds each and make a special tribute procession down the Singapore River. 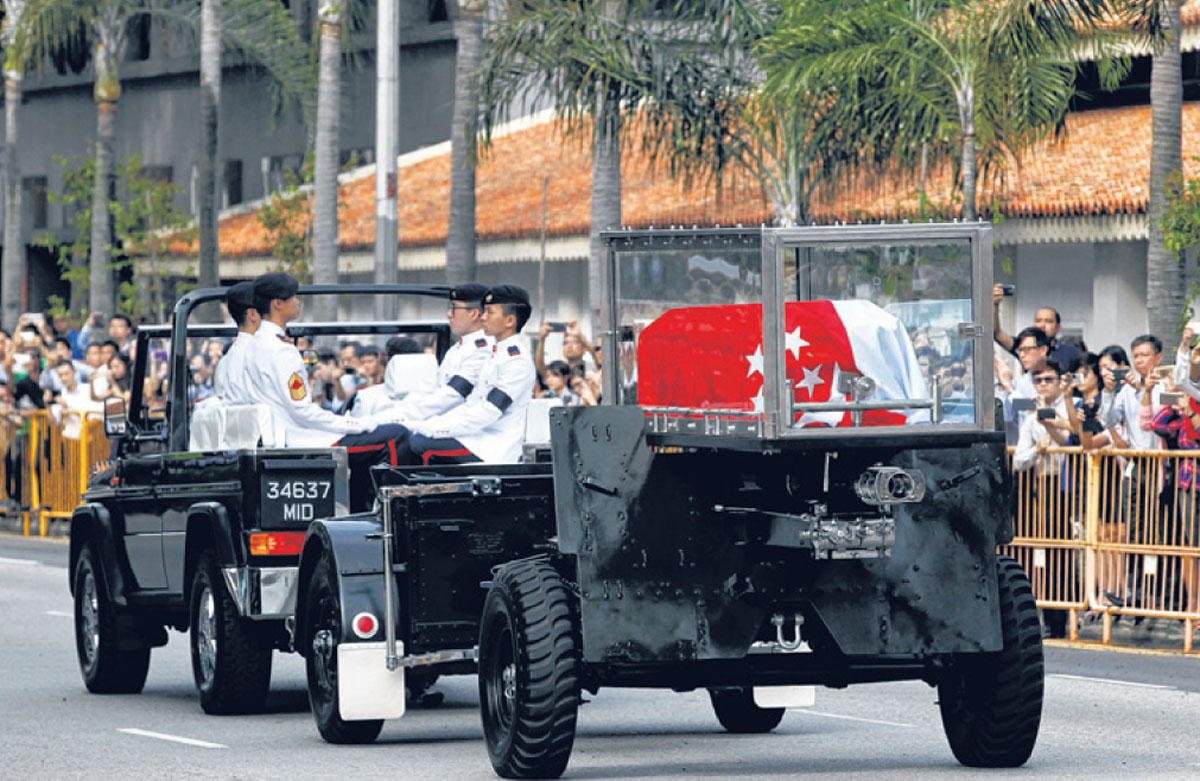 The gun carriage and escorting vehicles will travel a distance of 15.4km from the Padang to the University Cultural Centre at a speed of 25kmh.

They will pass through Shenton Way and HDB estates in Tanjong Pagar, Bukit Merah, Queenstown and Commonwealth. 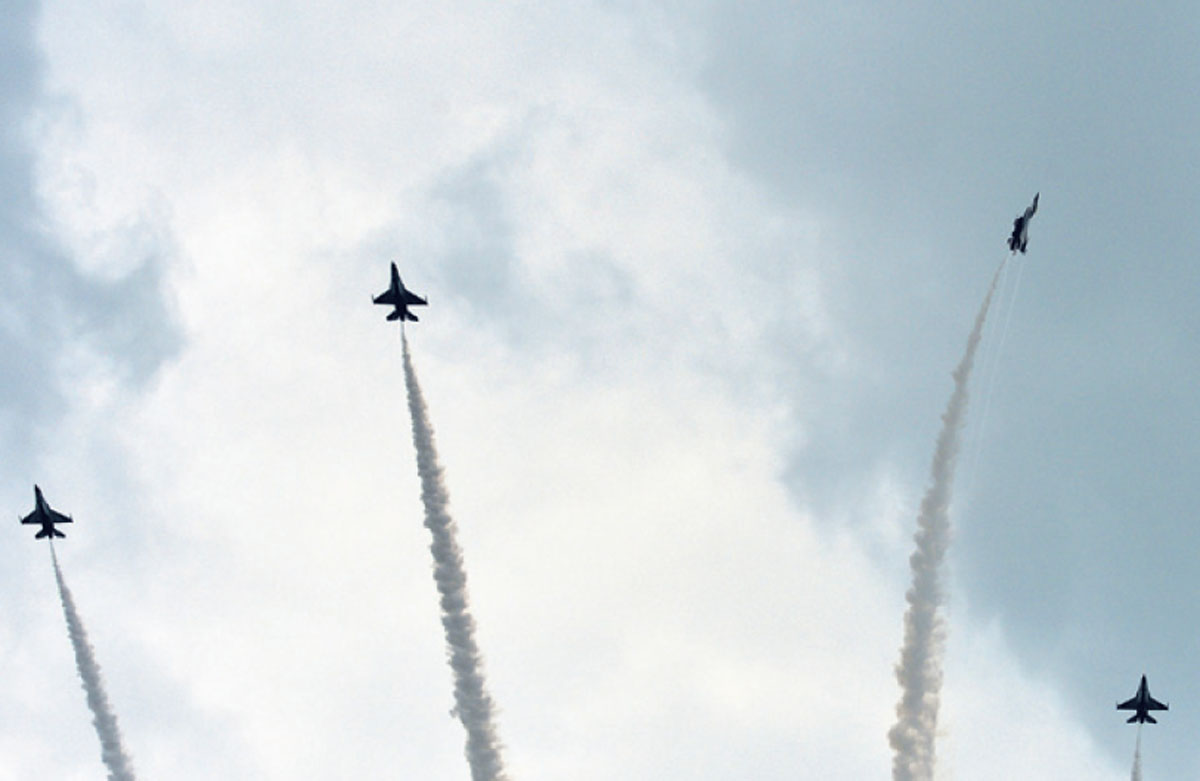 When the procession passes City Hall, the air force's Black Knights will fly a Missing Man Formation, where one F-16 aircraft will peel away from the group of four as an aerial salute. 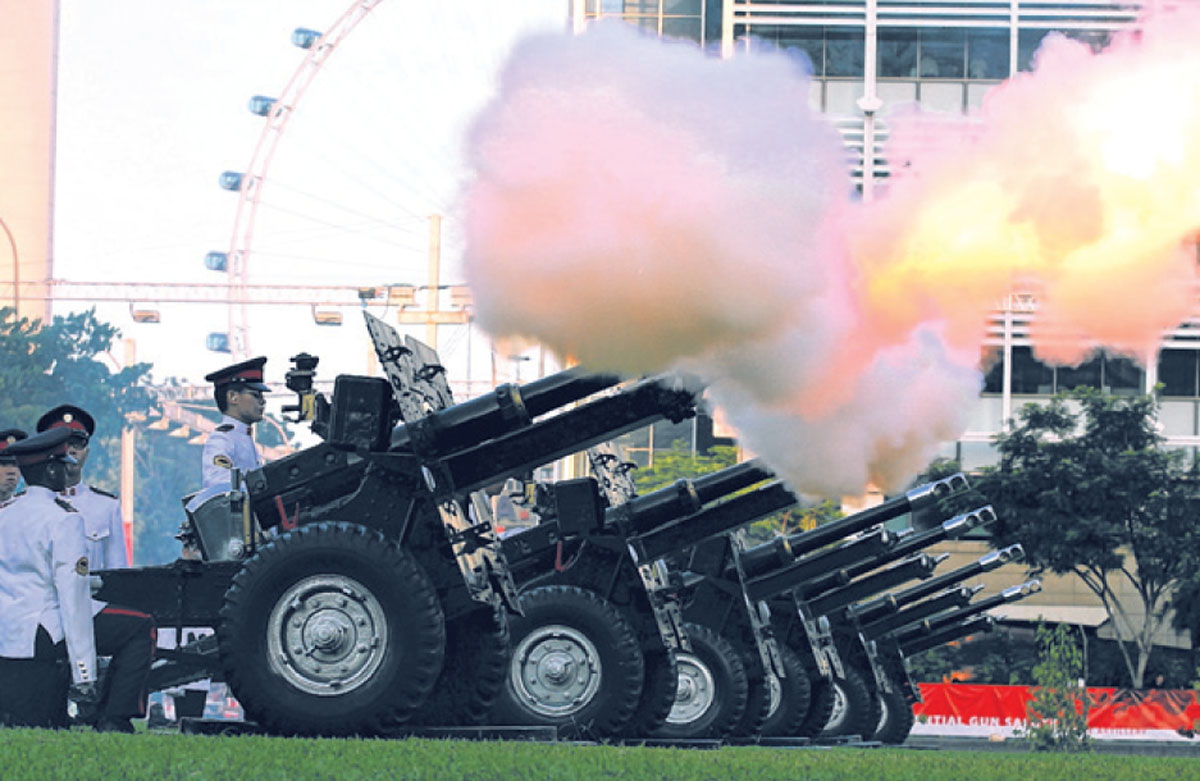 Patrol vessels RSS Dauntless and RSS Resilience will sail from both ends of the Singapore Strait along the southern coastline past key coastal landmarks, before meeting and sailing in formation towards Marina Bay.

With the state flag at half-mast, they will fly a black flag used for mourning with signal flags representing the letters L, K and Y.

As the procession passes the Padang, the ships will sound three prolonged horn blasts of 10 seconds each. 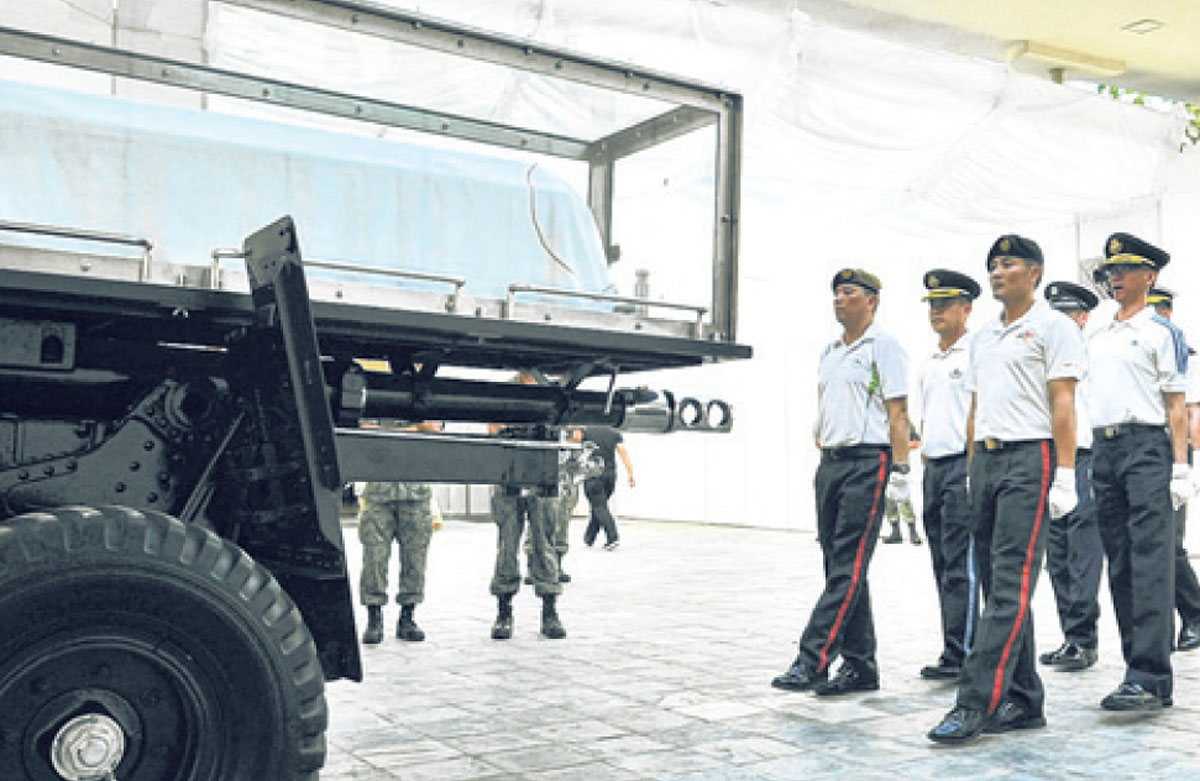 The cortege is expected to arrive here at 1.40pm, and will be received by Prime Minister Lee Hsien Loong and family members, and 16 pallbearers.

■ The funeral service at UCC will begin at 2pm.

■ It will be attended by Mr Lee Kuan Yew's family members, President Tony Tan Keng Yam, Cabinet ministers, judges, MPs and foreign dignitaries from over 20 countries, as well as invited Singaporeans from all walks of life.

■ Head of the civil service Peter Ong will be the master of ceremony.

■ At the end of the service, at around 4pm, PM Lee and President Tan will lay two wreaths.

■ The SCDF public warning system siren will sound nationwide for 15 seconds to rally everyone to observe a minute of silence. It will be sounded again at the end of the one minute.

■ Prior to the one minute, all MRT trains will pull to a stop at stations and open their doors.

Buses about to depart from interchanges will also be held back.

■ Announcements will be made at stations and on trains.

■ The National Pledge will be recited and National Anthem will be sung, and all Singaporeans are encouraged to join in.

■ The casket will then be carried out of the UCC hall.

■ The procession will leave the UCC for Mandai Crematorium for a private funeral service.

Connaught Drive will be closed.

Stretch of Clementi Road between Dover Road and Kent Ridge Crescent will be closed.

Traffic is expected to be heavy along the procession route.

NOTE: Police officers will be stationed at all affected road junctions to direct traffic.

This article was first published on Mar 29, 2015.
Get a copy of The Straits Times or go to straitstimes.com for more stories.