A stellar showing by science and tech agency 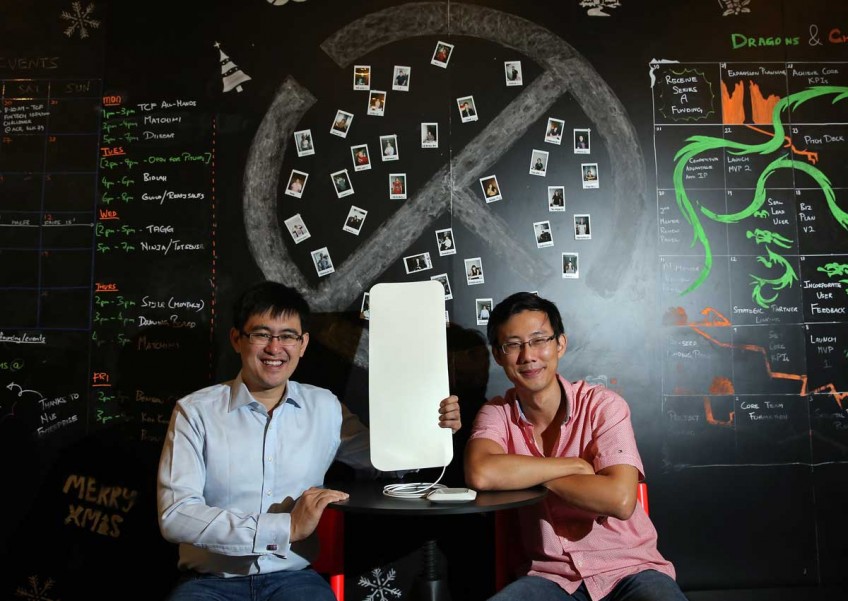 Juvo Labs founders Tan Toi Ngee (above) and Mah Chern Wern with the sleep and vitals monitor they developed. The start-up was among 71 which received help from A*Star to get going. The agency also seconded more than 300 researchers to some 160 companies over the past five years.
The Straits Times

The Agency for Science, Technology and Research (A*Star) said it has helped small and medium-sized enterprises (SMEs) stay competitive, and get start-ups off the ground.

Over the past five years, it lent its expertise in more than 8,900 industry projects, of which more than 3,000 were with SMEs.

It also seeded 71 start-ups, more than a threefold increase over the previous five-year period.

Giving a report card on A*Star's research, innovation and enterprise efforts in the past five years, managing director Raj Thampuran yesterday said the agency had surpassed all targets.

These included the volume of technology licensed out to companies, industry funding received and industry projects.

The agency also seconded more than 300 researchers to some 160 companies.

The agency helped in the development of 71 start-ups, which attracted more than $90 million in follow-up funding. One was Juvo Labs, which developed a sleep and vitals monitor which, when slipped under its user's mattress, picks up and records things like heartbeat, breathing and movement patterns.

Using the data collected, the device can communicate with an air-conditioning system, for example, to increase or lower the temperature to help the user sleep better.

Mr Lim noted that local companies, including SMEs, are increasingly recognising the importance of research and innovation in helping them improve productivity and develop new products to be more competitive on the global stage.

Hence in the coming five years, the agency will broaden its engagements with large local enterprises and support SMEs to focus on innovation-led growth, he said.

Mr Lim also said countries are increasingly looking to research and innovation to remain competitive and that Singapore has created a conducive research, innovation and enterprise system by putting companies, global institutions and universities close to each other.

One example is one-north, which is home to 250 leading companies and global institutions, five institutes of higher learning and corporate universities, 41 incubators and 16 world-class public research institutes.

"But what will truly differentiate Singapore is not policies, strategies or frameworks," he said.

"Above all, it is our ability to execute, to implement our strategies and deliver our commitments."