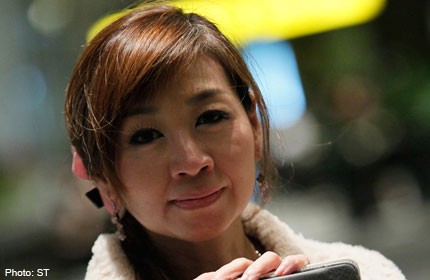 SINGAPORE - A wedding planning course offered a stepping stone into the lucrative industry, giving advice on budgeting for the big day, choosing a gown, guest management and flower arranging.

Bachelor Sherwin Lee, the wedding planner who ran it, even promised his students business leads when they completed it, along with business cards from his company Do-Wed Planners.

But 19 women who paid up to $2,600 to enrol have gone to the police, complaining that Mr Lee broke contractual promises and cancelled lessons at the last minute.

One of them, Ms Angela Choo, 35, also filed a claim with the Small Claims Tribunal in June and the court issued an order for Mr Lee to refund the full course fee of $2,600 that she paid in July last year.

The complainants, who came from different batches of classes, told The Straits Times they had paid between $2,300 and $2,600 for 15 to 16 lessons to be conducted over three and five months.

One, senior IT consultant Connie Sar, 52, said: "His course was much cheaper compared to others who charge between $5,000 and $6,000. Besides the business leads, he promised us a list of the vendors that he works with and said that he would hire us on a freelance basis."

Ms Sar was also upset with the way Mr Lee conducted his lessons, often cancelling them at short notice.

"He would give reasons like how the air-con broke down, no electricity, his dog fell sick or he fell sick," she claimed.

Ms Sherry Ng, 22, an accounts assistant, told The Straits Times that Mr Lee had used similar excuses to cancel and re-schedule lessons in her class.

However, the 34-year-old Mr Lee denied all the claims. He said he is aware of the police reports and had given a statement to them last month.

"I am not the only one conducting the lessons," he told The Straits Times. "Very often I invite my vendors to conduct workshops and when these vendors cancel at the last minute, I have no choice but to re-schedule those workshops."

Mr Lee also claimed to have conducted more lessons than he should have. "I spend a lot of money on hosting wedding seminars as that's where the business leads come from," he added.

"But they (the students) need to exercise independence and follow up with those leads.

"Perhaps I did not manage their expectations well and I was overconfident, thinking this will work out. I take responsibility for certain things they mentioned. I am not perfect. I could be more diligent. I should have talked to them more."

Mr Lee terminated Do-Wed Planners and in June, he registered a new wedding planning business, BeWitched Weddings. He terminated that last month - after Ms Sar criticised it in a blog.

Mr Lee claims to have been in the wedding planning business for eight years, saying it is his "passion" and he will stay in it even after he moves out of his Clarke Quay office next month. He now operates under the banner of Do Wed Wedding Planners.

"I have noticed the negative feedback online," he said. "I don't want that to affect the business opportunities for students in the ongoing classes. They will complete their courses by November, after which I don't intend to conduct any more courses."

Police said they are "looking into" the matter.