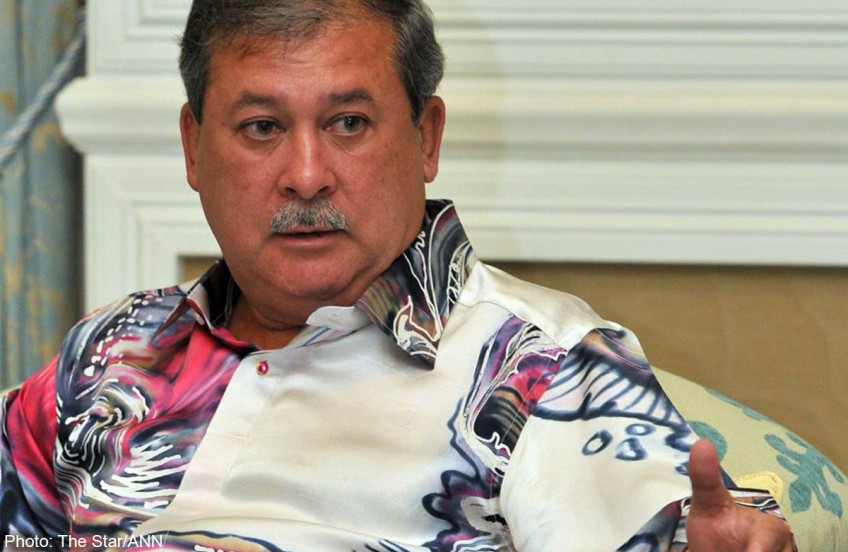 'CATALYST' FOR DEVELOPMENT:Forest City is a joint venture between one of China's top developers and a firm the Sultan controls.

JOHOR BARU - A man who was sentenced to the gallows for murdering a teenager back in 2004 is now getting a second chance in life after receiving a full pardon from Johor Ruler Sultan Ibrahim Ibni Almarhum Sultan Iskandar.

He was among 11 convicts who were given commuted sentences after being reviewed by the state Pardons Board in conjunction with the coronation of Sultan Ibrahim today.

State secretary Datuk Ismail Karim said the man, who is now 28 years old, had murdered a teenage friend at a camping site in Kota Tinggi when he was 17.

He stressed that due to the sensitivity of the case, Sultan Ibrahim had decreed that the name of the convict not be disclosed to the media and members of the public.

"Prior to getting a pardon, Sultan Ibrahim had ordered the convict to have an audience with him accompanied by his family members and an officer from the Prisons Department at Istana Bukit Serene on March 19.

"Sultan Ibrahim wanted to personally see if he has turned over a new leaf and advised him to use the second chance given to him to take care of his parents," he said.

Ismail said the board had a meeting chaired by Sultan Ibrahim on March 5 and attended by Mentri Besar Datuk Mohamed Khalid Nordin, Attorney-General Tan Sri Abdul Gani Patail with three other board members including him.

"After receiving advice from the board as well as views from the Attorney-General, and taking into consideration the crime committed by the convicts, the jail sentence that they had served and rehabilitation programme in prison, Sultan Ibrahim agreed to review their sentences.

"Sultan Ibrahim has given lighter sentences to 10 convicts who were originally sentenced to hang for various offences," he said at a press conference here.

Ismail added that six convicts who had committed an offence under Section 39B(1)(a) of the Dangerous Drugs Act 1952 and Section 3 of the Firearms Act (Heavier Penalty) 1971 had been given pardons and life imprisonment.

He said four other prisoners were also given commuted sentences after they were found guilty under Section 3 of the Firearms Act (Heavier Penalty) 1971 and Section 302 of the Penal Code to lifetime imprisonment.