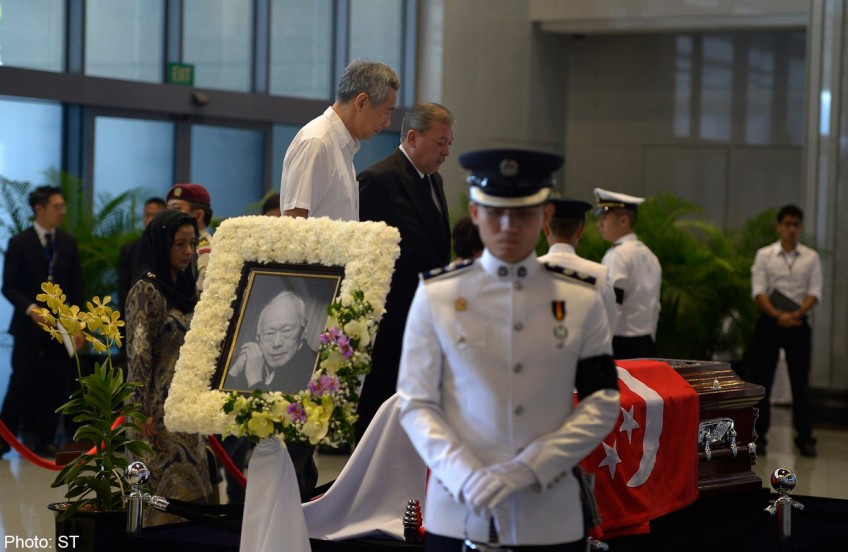 SINGAPORE - Sultan Ibrahim of Johor paid his last respects to the late Mr Lee Kuan Yew at the Parliament House on Wednesday.

The Sultan was accompanied by Prime Minister Lee Hsien Loong.

It will be held at 2pm at the University Cultural Centre, National University of Singapore.

On Wednesday evening, PM Lee posted a video on Facebook, showing the gun carriage procession which carried Mr Lee Kuan Yew's body from Sri Temasek to the Parliament House, where he will lie in state from today until Saturday, March 28.

In a separate post, PM Lee wrote that he was touched by the huge crowds who came to Parliament House and thanked supporters for "queuing so many hours in the hot sun to say goodbye to Mr Lee".

[[nid:183478]]
SUBSCRIBE TO OUR NEWSLETTER
Your daily good stuff - AsiaOne stories delivered straight to your inbox