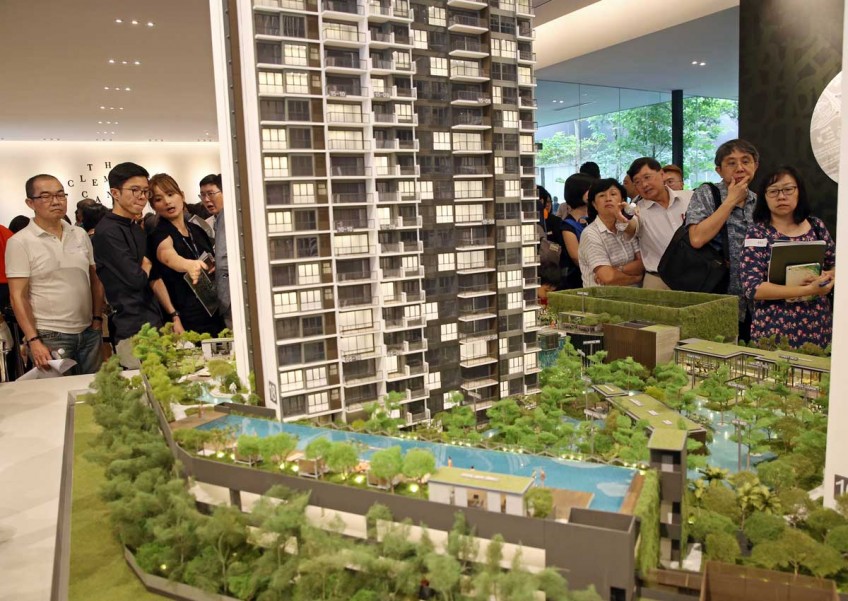 The strong showing came despite only one new condominium project being launched last month. The sales also came before last Friday's surprise announcement of tweaks in property cooling measures.

In all, 550 units were put on the market last month, compared with just 108 in January. The Clement Canopy - the best-selling project last month - sold 207 units at a median price of $1,343 per sq ft.

Executive condos (EC) also did well, selling 329 units, a jump of 78.8 per cent from January. Sol Acres at Choa Chu Kang Loop was top among the ECs with 82 units sold at a median price of $782 psf.

"There is a greater sense of confidence in both developers and buyers," said Mr Ong Teck Hui, JLL's national director of research and consultancy. He also noted that of the 977 private homes sold, 770 were from previously launched projects.

"Buyers are not just attracted by newly launched projects, but also drawn to those launched previously, reflecting a more broad-based improvement in demand," he said.

"The recent easing of the seller's stamp duty and the total debt servicing ratio would be a favourable enhancement on a market that is already on a buying uptrend."

However, Mr Desmond Sim, head of CBRE research for Singapore and South-east Asia said the sales were driven by "buyers favouring projects with units priced at a palatable quantum". He added that even with the recent tweaks, "taxes surrounding acquisition have not changed and will continue to remain a barrier".